Note: This isn’t a typical match-preview I usually do and the reason for that is on this occasion I’d rather it be more aimed to the betting and trading community who are interested in the markets for this match. I will be a little more direct and less analytical. It’s not going to be structured or neat. This is fairly rushed and a casual piece.

Kevin Anderson right now is playing the calibre of rock solid, aggressive tennis that is without doubt going to take some stopping. He’s serving formidably well and it’s not just the power, as he’s placing his serves at ridiculous angles to boot! Backing that serve up straight away in moving forward to midcourt returns and finishing off points with one two punch combinations (Serve + Finishing shot) cleanly and efficiently. (Minimum effort, maximum results)

It really will take an exceptional “returning” performance from Querrey to be in with a shot at breaking the South African more than a couple of fortunate times. Anderson went until the fourth round and third set against Paolo Lorenzi to FINALLY lose his serve in the tournament. Querrey doesn’t have that Lorenzi grit, agility and movement side-to-side. He’s not able to claw, grind and counter point after point in return games, consistently enough to apply the pressure. He doesn’t anticipate naturally as well. He’s not used to it. He has it occasionally in his locker, but not to the same degree as Lorenzi does. It’s not embedded in his game. It’s not auto-pilot. Repeatable, to defend aggressively for Querrey. For him to break Anderson right now? It will need to be.

Both CONSISTENTLY massive servers on their day and usually in these match-ups the guy that has the better “aggressively defensive” return relative to the court surface, has the edge in the points/rallies.

That in my opinion on hard court appears to be Anderson. (Especially right now) He anticipates a lot better than Querrey on the return. Whereas Querrey is more reactive instead. Anderson has more “feel” on the type of serve that is going to come on key points/moments. More of a “read”. Why? Because he is more a student of the game. He wants to maximise his career. Unlike Querrey who is a lot more blase in my opinion. Go with the flow, happy go lucky. To put it bluntly; Anderson WANTS IT MORE. He’s a better competitor.

Both have the ability to flip-the-script and clean backhands up-the-line with regularity and so whoever hits that shot better tonight, when either drops a slightly shorter ball in their backhand to backhand cross-court exchanges, will be key. Anderson has improved hitting his backhand up-the-line more and more as the tournament has worn on.

Overall Kevin is in more of a match-tight rhythm with his game than Querrey, who let’s be real and honest has not even been tested in any way at all. Hard, aggressive, consistent early ball-striking from Anderson, on-top of the baseline and he’s barely missing.

Querrey is going to feel suffocated. He’s not ready for this. He’s going to be ambushed. He won’t be able to go toe-to-toe. Now on the grass at Wimbledon, it was a lot different. The ball was bouncing lower and skidding through, especially given it was an outside court. Not to discredit Samanatha but Anderson 6’8 and Querrey himself 6’5, naturally he was going to deal with that lower bounce a little better.

Querrey’s had it easy going making it to the last eight. Simon; not the same player he was before. Sela and Albot; very good movers but no weapons and really not to the standard and of course there’s the injured/fatigued serve and volley specialist Mischa Zverev on a slow hard court in round four.

So to go now from playing sub-par players to straight-away a guy that is playing like he did back when he was a top tenner? It’s too much a step-up. There has to be a natural progression.

Anderson will ambush Samanatha tonight. This is an opportunity of a lifetime for big serving Anderson, genuinely. The two best returners in the game are out injured. Wawrinka is out injured. Federer has back issues. There’s not a chance that somebody who harbours Anderson’s career goal ambitions will let this opportunity slide without giving every bit of spirit he has. He is extremely prepared mentally.

Back the guy who beat Andy Murray in the fourth round here two seasons ago. Think about the positive association of playing here he must have because of that? Those feelings have just come flooding back to him again this tournament. Gulbis, Coric, Lorenzi… a much more impressive route and it DOES matter how you get there, because the journey through the tournament is what toughens you for the latter rounds.

The former NCAA three-time All-American in singles and a two-time All-American in doubles with the University Illinois. The fighting team spirit never leaves. The one who wants it more and that has been through the greater hardship in his life to get to this point, to get through.

SEMI FINALS OF THE US OPEN! IT’S BIG KEV’S TIME!

Quite simply back Anderson at these 2.00 – 2.20 odds pre match and trade when he is below 1.20. Or simply remove your liability/stake then. I would recommend trading or removing risk/liability however as this is for a spot in the Semi Finals of a Grandslam major and that is a significant step for Anderson to make in his career. Especially when you consider he’s never made it to the semi finals of a Masters 1000 series event. It’s a good idea to cash out 80-90% of the maximum profit you would take for if he were to close the match out. Closing out matches in general is tough, this isn’t a general match.

Betting Perspective: Not an inplay trader & prefer to use a bookmaker & just bet on the result then it’s Kevin Anderson to win at 2.19 and hope he doesn’t choke.

Prediction: Kevin Anderson to make South Africa proud and get the W 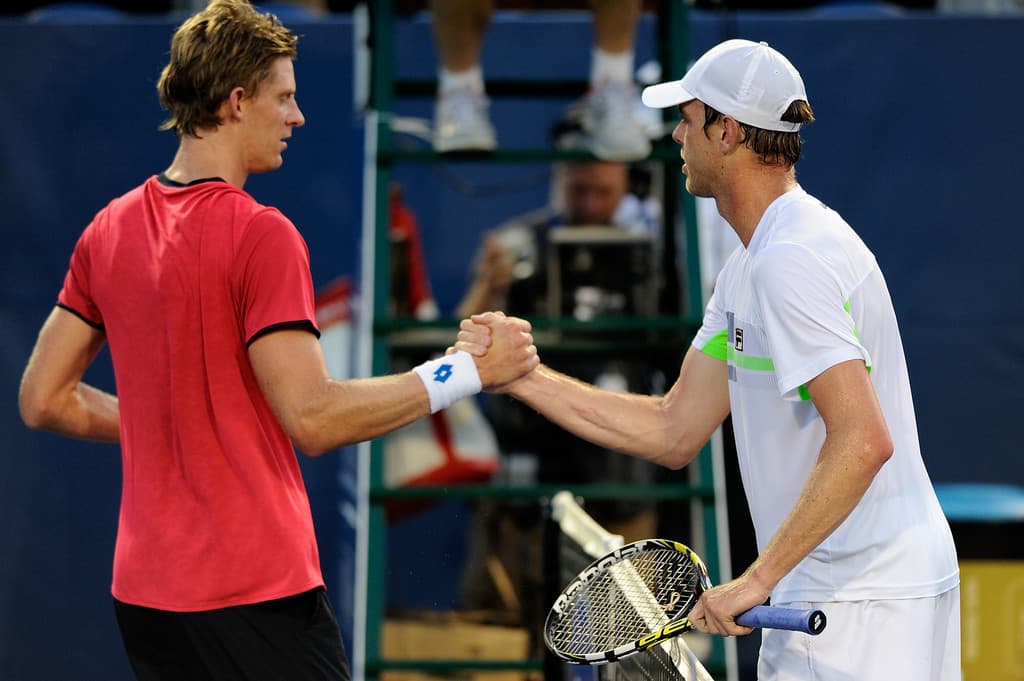