The wait is finally over, basketball fans. Another NBA season is right around the corner this season is going to be chock full of storylines galore from all 30 teams. It’s time to cue up Andy Williams’ “The Most Wonderful Time of the Year” as we take a look at what to expect heading into the 2019-2020 NBA season, now focusing on the Central Division.

The Cleveland Cavaliers began their rebuild with Collin Sexton at the helm, which resulted in a 19-63 record. The Cavs continued their rebuild in the draft, taking Darius Garland from Vanderbilt, Kevin Porter Jr. from USC, and Dylan Windler from Belmont. In addition to the three draft picks, the Cavs also added John Beilein (pronounced Bee-lynne) as their new head coach, replacing Tyronn Lue. The Cavaliers won’t make much noise this season outside of Sexton’s improvement, but they will certainly be a draft lottery fixture for a while.

The Indiana Pacers were kept busy during the free agency period, with the most notable signings being Malcolm Brogdon in a sign and trade deal with the Milwaukee Bucks to the tune of $85 million. While unloading the core of their roster, which included Tyreke Evans (pronounced Ty-reek), Bojan Bogdanovic (pronounced Bo-john Bog-dan-no-vich), Thaddeus Young, Corey Joseph, and Wesley Matthews, The Pacers added TJ Warren, Jeremy Lamb, Justin Holiday, and TJ McConnell to their roster. The main concern for Indiana, however, is their star player Victor Oladipo (pronounced O-lah-dee-po), who went down with an injury. The Pacers are hoping make the playoffs this upcoming season, mainly being placed within the top four or five in the East, but it will all have to depend on Oladipo’s health during the duration of the season.

The Detroit Pistons made the playoffs last season, only to fall to the Milwaukee Bucks. Since that time, the Pistons have added veterans to their roster, most notably Derrick Rose, who’s been having a revival of a career. Along with other veterans like Markieff Morris (pronounced Mar-keef) and Tony Snell, plus drafting Sekou Doumbouya (pronounced Say-koo Dom-boo-yah) from France, the Pistons look to be heading more in a consistent direction, which is try to make the playoffs again. One concern about the Pistons is that while they may be in the East, they’ll more than likely be overshadowed by other potential playoff hopefuls in that conference. Blake Griffin and Andre Drummond will have to go above and beyond for Detroit, in order to generate some buzz. Also, keep an eye on Reggie Jackson as well. The Pistons could be the dark horse team that people should pay close attention to.

The Chicago Bulls continued their rebuild, however, injuries slowed them down in what was to be a season of furthering progress. Nevertheless, the Bulls continued their rebuild during the offseason when they drafted Colby White from North Carolina, plus acquiring Tomas Satoransky (pronounced Sat-tor-ran-skee) from Washington and Thaddeus Young from Indiana. While the theme of rebuild will still be the topic for the Bulls this upcoming season, another narrative could be added to that season, which is potential breakout stars. Zach LaVine, Wendell Carter Jr., and Lauri Markkanen (pronounced Mar-kan-nen), all of whom were out with injuries for Chicago, return with a renewed potential to become stars for a Bulls team in search of one. The Bulls will certainly not make the playoffs, but they seem like they could be a draft pick or two away from possibly contending in the East in the future.

The Milwaukee Bucks were close to making the NBA Finals last season, only to be bumped out by the eventual NBA Champion Toronto Raptors. Aside from Giannis Antetokounmpo (pronounced Yannis Anta-toe-koom-po) winning last season MVP award, the Bucks continue to trend upward in the offseason, signing Kyle Korver, Robin Lopez, Wesley Matthews, and Dragan Bender (pronounced Dra-gen), plus Khris Middleton signing a five year $178 million dollar deal. All signs point towards Milwaukee to being a possible Eastern Conference champion and looking to make a big statement in the Finals next June, however, they will have solid competition from the Philadelphia 76ers.

The Central Division seems to be less hit and more miss. Outside of Milwaukee dominating the division, you have a decent Indiana team that could be a top four or five seed, a Detroit team that can sneak in the playoffs, a Chicago team with potential upside if they avoid injury, and a Cleveland team that’s going to be in the cellar for a while.

In the next article, we dive right into the ultra competitive Western Conference, as we take a look at the teams from the Northwest Division. 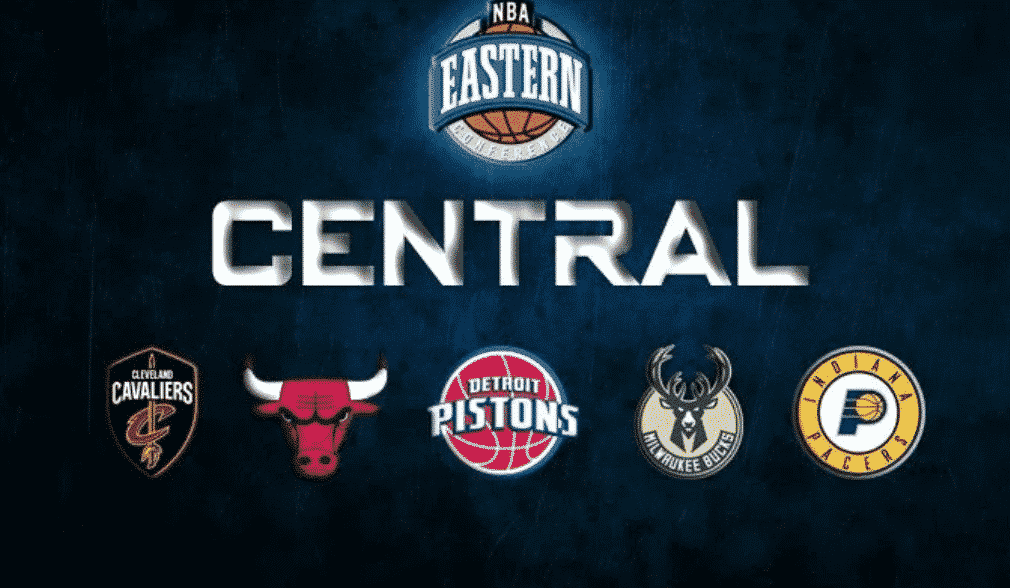