The wait is finally over, basketball fans. Another NBA season is right around the corner this season is going to be chock full of storylines galore from all 30 teams. It’s time to cue up Andy Williams’ “The Most Wonderful Time of the Year” as we take a look at what to expect heading into the 2019-2020 NBA season. We continue our look at the Western Conference as we dive into the Pacific Division.

The Sacramento Kings continued their development of their core players like De’Aaron Fox and Buddy Hield, giving us a glimpse of what they could be in the future. With a young backcourt duo, the Kings will have to come up with a frontcourt that can give them a boost. Sacramento didn’t have much of an offseason as they only acquired Trevor Ariza (pronounced Ah-ree-zah), Cory Joseph, and Luke Walton as their head coach. While I don’t expect Sacramento to make the playoffs just yet, they are on the right track with developing their core. All they need is another draft pick (maybe a power forward or center) to get them over the hump and into the playoff picture.

The Golden State Warriors reached the NBA Finals for the fourth consecutive time and to defend their NBA Championship, only to lose in six games against the Toronto Raptors. It was also a highly notable offseason for the Dubs when they traded Kevin Durant to Brooklyn for D’Angelo Russell, sending off DeMarcus Cousins to the Los Angeles Lakers, Andre Iguodala (pronounced E-guo-dah-lah) to the Memphis Grizzlies, and keeping Klay Thompson with a five year $190 million dollar deal, despite going down with a torn ACL injury.

The Warriors will  be a playoff team, but not like how they were in the previous seasons when they were strong contenders to win the Finals. It will be interesting to see how the Warriors will play out this season, especially in a new arena in San Francisco.

The Los Angeles Lakers made the acquisition everyone was anticipating when they landed Anthony Davis from the New Orleans Pelicans. The Lakers didn’t stop there as they would go on to acquire Danny Green from the NBA Champion Toronto Raptors, DeMarcus Cousins from Golden State, Avery Bradley from Boston, and welcoming Frank Vogel as their new head coach. In addition, the Lakers welcomed back Dwight Howard, who once played with them from 2012 to 2013, and resulted with a falling out with then Lakers star Kobe Bryant.

With AD teaming up with LeBron James in Hollywood, the Lakers are in full play to make the NBA Finals next June, but the real question is if they can get there and win it all, plus remaining in L.A. on top of that. Davis and LeBron will be free agents in 2021, and there will be a few teams, including the Lakers, that will look to acquire them for the right price and contract. For now, the Lakers have much to boast about, but they won’t be the only team in Los Angeles to stake their claim on top of the West.

The Los Angeles Clippers, much like their ostentatious counterparts, the Los Angeles Lakers, also made a big splash of their own when they won the Kawhi Leonard (pronounced Kah-why) sweepstakes, but not only that, they also made a trade that would bring Paul George to the Clippers and sending Danilo Gallinari (pronounced Gal-lin-nar-ree) to Oklahoma City.

Along with other acquisitions in Maurice Harkless and Patrick Patterson, the Clippers drafted Mfiondu Kabengele (pronounced Fee-on-doo Kah-ben-gel-lee) from Florida State. The Clippers also kept their core of Lou Williams, Patrick Beverley, Montrezl Harrell (pronounced Mon-trez-zel), Rodney McGruder, Jerome Robinson, Jonathan Motley, Derrick Walton Jr., and Landry Shamet, this Clippers team are deep in terms of offense and defense, which makes them more than capable to contend with the Lakers.

The Phoenix Suns suffered yet another lowly season, despite the ongoing progress of Devin Booker. During the offseason, the Suns drafted Cameron Johnson from North Carolina and Ty Jerome from Virginia, and in the offseason, they acquired Ricky Rubio from the Utah Jazz and Dario Saric (pronounced Sar-rich) from Minnesota. The Suns are going to have yet another long and arduous season where Booker, Kelly Oubre Jr. (pronounce Ooh-bre), and DeAndre Ayton (pronounced A-tun) continue to play above themselves, while the entire team underperforms.

Phoenix hopes to rise from the ashes from a dismal losing season, but another draft lottery next May, and hopefully picking a frontcourt player (presumably a  power forward) to get them out of those ashes, but for now, they will have to endure said long, arduous season.

The Pacific Division will be more about the battle of Los Angeles as the Lakers and the Clippers will fight for the top spot in the West. Not too far behind are the Warriors, who should be a solid team with Stephen Curry and Draymond Green leading the command. Though Sacramento and Phoenix are still in developing stages, they should be the teams of the future.

In the next article, we finish off the Western Conference with a look at how the Southwest Division will play out this upcoming season. 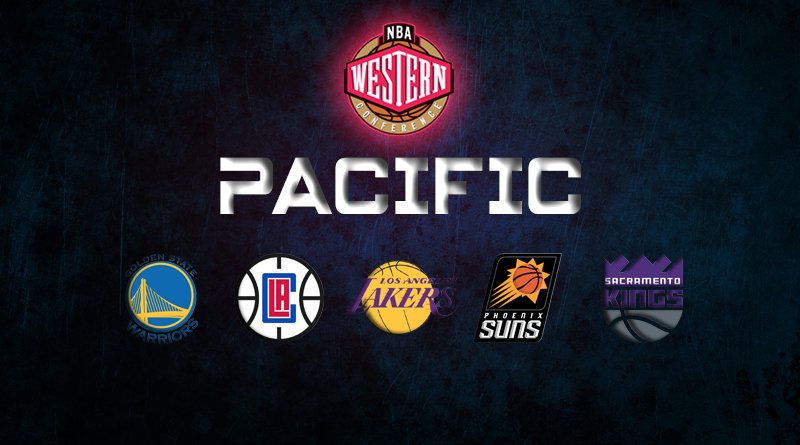