Skip to content
You are here
Home > US Sports > WWE > 2019 WWE Royal Rumble: Grading the hits and misses 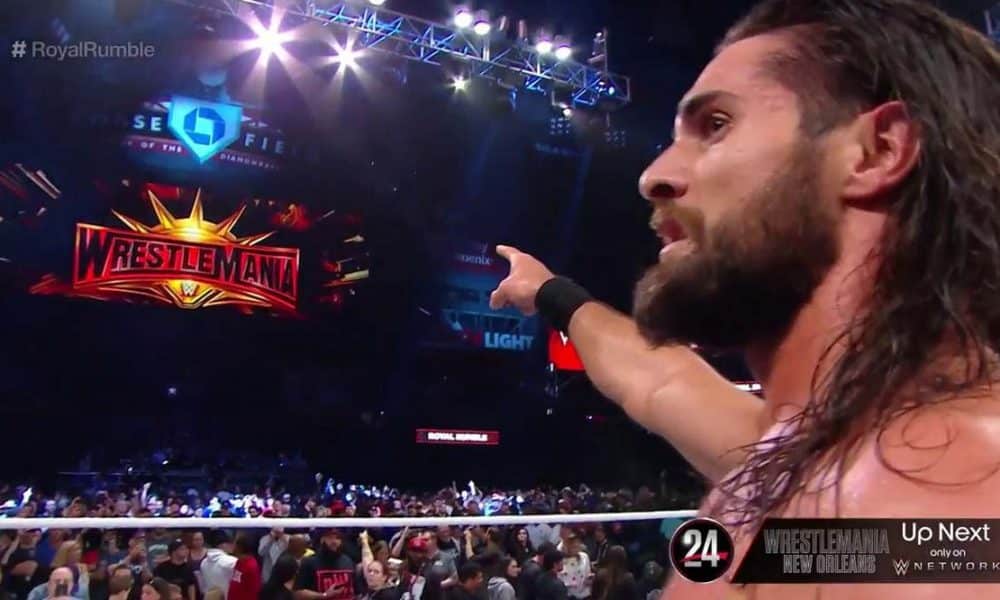 The 2019 WWE Royal Rumble held this past weekend didn’t disappoint, but may have left you scratching your head.

The Royal Rumble begins what is known as the “Road to WrestleMania”, and always has twisting roads of storylines. If you’re new to the WWE Universe, hang on for the ride. Sunday’s Pay-Per-View event was no different. Overall, this year’s Royal Rumble was a good event, but I did have my doubts on the card arrangement. Below are my grades and thoughts:

Men’s Royal Rumble, Grade: C+: You know business is slow when your fellow Women’s Division has to come out and spice things up. When Nia Jax came out, immobilized R-Truth, and entered the Men’s Rumble, I was like, “Oh wow, they obviously need the help.” I wasn’t very enthused about Jax making that run-in. It’s not that she can’t hold her own (NOTE: Any one of the WWE ladies can hold their own in the ring with the men…that’s just facts…but not Brock Lesnar…he’s..he’s just a monster…) but the lack of seasoned vets making no cameos, or the lack of major surprises did fizzle the event. And with Seth Rollins as the winner, it’s a rehash of storylines of old. Not impressed.

AJ Styles vs. Daniel Bryan, (WWE Championship) Grade: D – I cannot recall why this program was even a thing. This match brought to the end a build up that was the result of two paths that shouldn’t have crossed. I guess I didn’t buy in on the whole “New Daniel vs. “The Unleased A.J.” routine.

Asuka vs. Becky Lynch, (Smackdown Women’s Championship) Grade: A– I loved this match, but I felt it was a miss because it was carded so, so early! They should have given this at least a mid-card range.

Rusev vs. Nakamura (United States Championship) Grade: B– This match is more about the funny side of being in the wrong place at the wrong time. Nakamura was accused of assaulting Lana during a match weeks ago and proved it wasn’t him. For Lana, she’s just in the way at this point and it’s costing Rusev. This could mean a break up or at least a banishing to the backstage to stay out of harm’s way. It’s going to be interesting how they play their fates.

Biggest pops of the night? When Randy Orton RKO’d Nia Jax. The Men’s Rumble needed that.

Finn Balor vs. Brock Lesnar (Universal Championship) Grade: A – I thought for sure Finn had the match, but it seems the Wrestling gods saw different…still. At the end of the match, though Lesnar won, he worked over Finn pretty good. Finn apparently did some damage to “The Beast” and exposed a weak area – his ribs. This is no surprise to wrestling fans because of what Goldberg did in his short program vs. Lesnar. Though it does seem Lesnar is sensitive in that area, and is agitated very quickly when it’s publicly exposed. It looked more Kayfabe than scripted. Only time will tell.

Women’s Royal Rumble, Grade: A – Maybe it’s the hype surrounding the Women’s Evolution over the past year, or maybe it’s just “The Goddess”, or “The Man”, or Charlotte, or…do you see where I’m going with this? The division has more branded names that bring more pops than the male division and it’s only getting better. Add a Women’s Tag Title in the mix, and it’s just another reason to watch.

The Miz and Shane McMahon vs. The Bar (Smackdown Tag Team Championship) Grade: B – I’m salivating for the day The Miz turns on Shane. We all know it’s going to happen. Do you think this relationship is authentic? Please. This is to show Shane why HE is the best in the world with no rival. The Miz is never this nice without purpose. The suspense could kill ya.

Murphy (c) vs. Kalisto vs. Akira Towaza vs. Hideo Itami (Kickoff show) Grade: B – Cruiserweights always kickoff the show with a bang and they didn’t disappoint.

Overall, the show had a great rollercoaster of action, though it’s arrangement was suspect. Then again, that’s how the WWE rolls.