This year’s U.S. Triple Crown Series has successfully concluded with satisfying results amid setbacks. Many surprises took place after a few underdogs caused upset to huge favourites stealing a march until the finish line. But, as we hit the last quarter for this year, each racehorse journey doesn’t end there as another prominent horse racing will commence a few weeks from now.

One of its racing fixtures is the Breeders’ Cup Filly and Mare Sprint. It is exclusively for female and mare horses who are three-years-old and up. This year, it holds a purse prize of $1 million competed in a seven-furlong running distance.

Let’s meet this year’s top ten favourite horses who will compete at Breeders’ Cup Filly and Mare Sprint along with their odds for the Breeders’ Cup 2020.

Bob Baffert is not only sending colts to the Breeders’ Cup this year, but he’s also bidding for Gamine as one of his strongest filly for the said competition. This horse recently closed the Kentucky Oaks in third place. Before that, she was a titleholder at Arcon Stakes, and Test Stakes held two months ago.

Bringing an impressive resume to this year’s Breeders’ Cup Filly and Mare Sprint, Serengeti Express is another strong filly who will compete this season. She had accomplished ten racing finishes since debut. Some of her huge achievements include Derby City Distaff Stakes (2nd), Ballerina Stakes (1st), Azeri Stakes (1st), and Houston Ladies Classic Stakes (2nd).

Chad Brown’s Guarana is taking a chance at the Breeders’ Cup Filly and Mare Sprint after winning the Madison Stakes title last July. Although it’s her only achievement this year, Guarana is not taking any doubts about running at Keeneland. Last year, she won races like the Cotillion Stakes and Arcon Stakes.

A filly that can topnotch Serengeti Empress’s racing form is Frank’s Rockette. She had started working out last year, trained by William I. Mott.

She’s undefeated in the last three racing games she participated in, which are Victory Ride Stakes, Prioress Stakes, and Gallant Bloom Handicap. This year, she also placed in filly races like Purple Martin Stakes, Any Limit Stakes, and Frizette Stakes.

After dispatching Serengeti Empress at Derby City Distaff Stakes, Bell’s the One is bidding at the 2020 Breeders’ Cup Filly and Mare Sprint. These two fillies will take a rematch, and whoever wins will surely get the prestige of being the best filly racehorse today. Apart from that title, Bell’s the One was the third placer at Madison Stakes and a titleholder at Winning Colors Stakes.

Gregory D. Foley’s Sconsin will also vie for the Breeders’ Cup Filly and Mare Sprint at Keeneland this November. Since birth, she made eight racing finishes with one title she recently earned at Eight Belles Stakes last September 4, 2020. Sconsin also participated at Runhappy Audubon Oaks, where he got third place and second place at Beaumont Stakes.

Sneaking Out recently competed at Rancho Bernardo Handicap, where she earned the title. After that, she went on to participate at Thoroughbred Club of America Stakes and got second place. That said, Jerry Hollenfonder is bidding her to the Breeders’ Cup Filly and Mare Sprint. Sneaking Out was also a Great Lady M. Stakes victor and the fifth placer at Winning Colors Stakes.

Bellafina, the sire of Quality Road and entry by Simon Callaghan, is earning a berth to the Breeders’ Cup this year. Joining the bandwagon of filly and mare entrants, Bellafina will take her chance at Breeders’ Cup with eighteen racing finishes since birth. This year, her accomplishments include Carousel Stakes (4th), Great Lady M. Stakes (2nd), Ballerina Stakes (2nd), and Derby City Distaff Stakes (6th).

Steven Asmussen’s and Carousel Stakes conqueror Mia Mischief is heading to the Breeders’ Cup Filly and Mare Sprint with a strong resume. She accomplished twenty-three horse racing starts since debut, edging Serengeti Empress and Frank’s Rockette. Some of her prominent wins are Madison Stakes (2nd) and Winning Colors Stakes (3rd).

Filing-in the tenth spot for the huge favorite filly to compete at Breeders’ Cup is Venetian Harbor. She is an entry by Richard Baltas and has made six racing accomplishments since birth. Also, she earned two second places in the last three tournaments she joined: the Fantasy Stakes, Central Bank Ashland Stakes, and Longines Test Stakes.

Like colts, fillies and mares can also work out on a horse racing field. In the upcoming Breeders’ Cup Challenge, these horses are given a chance to vie at the Breeders’ Cup Filly and Mare Sprint. Make sure to get updated with the ten strongest fillies above until the competition starts. 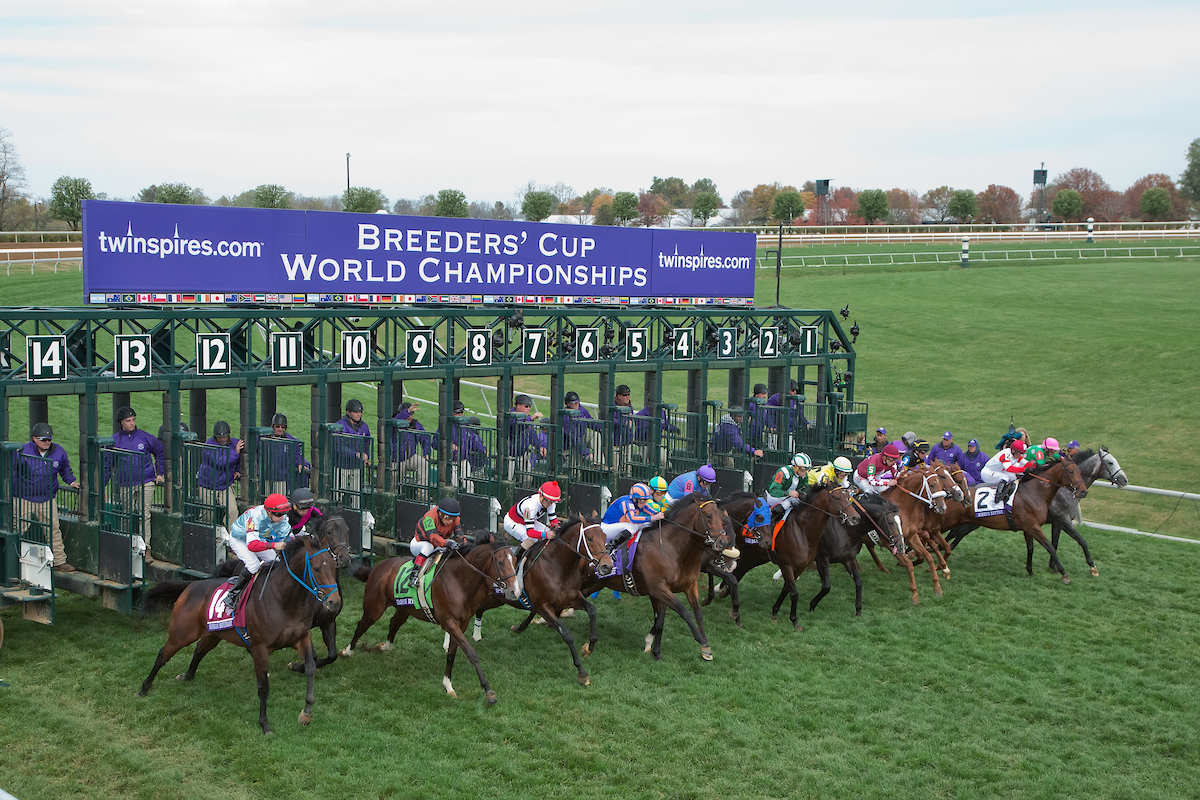