The stage is set. After a few short months that involved an eight game restart season and a very unique postseason,  the Los Angeles Lakers and the Miami Heat will face each other for the first time in the NBA Finals.

There are a lot of storylines that will unfold during the duration of the Finals, but the main storyline will have to be LeBron James facing the team that helped him win two championships. It will certainly be a highly interesting and unique Finals to take hold. Here are some of my predictions and analysis for the 2020 NBA Finals.

For LeBron James, reaching his 10th consecutive NBA Finals doesn’t mean anything. Though it does put him in the same company as Kareem Abdul-Jabbar, Bill Russell, and Sam Jones, winning his fourth championship is the only thing that matters. It is the sole reason why he joined the Lakers back in 2019.

Goran Dragic, on the other hand, has been consistent while raising his level of play. Having joined Miami back in 2015, he came a long way from playing on some Heat teams that almost made the postseason, including the 2017 Heat squad that went 30-11 in the second half the season, and the 2019 Heat squad, also known as the Last Dance for Dwyane Wade season. Playing in his first finals, Dragic looks to raise his game a lot more than ever.

In the postseason, LeBron averaged 26.5 points and 10.3 rebounds per game, while Dragic averaged 20.9 points and 4.7 assists per game. LeBron always produces stellar numbers on the court, and the same goes for Dragic. In this matchup, Dragic will have his hands full taking on a highly motivated LeBron, who only knows one motive and that’s win.
Advantage: L.A. Lakers.

Kentavious Caldwell-Pope may consider himself fortunate to have come this far with the Lakers, but in the Finals, there will be no room for error. Though he did help out a bit in the Conference Finals against the Denver Nuggets, KCP will have to be reliable for L.A.

It’s no secret that Duncan Robinson is a three-point shooting ace, having made 40 percent from behind the arc in the playoffs. In the Conference Finals against the Boston Celtics, Game 5 to be specific, he put up 20 points, while evolving his offense from just making his usual three-pointers. Robinson, like much of Miami’s young core, have stepped up to the plate and have not shied away from the big moments.

Danny Green is no stranger when it comes to making it to the Finals, and even more so, to the Miami Heat, having being a part of the 2013 and 2014 San Antonio Spurs teams. However, that is a far cry from the Danny Green that knocked down six three-pointers in 2013 and the NBA Finals champion the following year. This Danny Green, despite being a two-time NBA champion, has been less than stellar.

Jimmy Butler made quite a gamble when he decided to join the Miami Heat, and the payoff has paid in dividends. Having immersed himself in the grit and relentless hard work mantra that the Heat have been known for, it has become a true fit. Being the fifth seed throughout the Eastern Conference playoffs hasn’t fazed Butler at all, who led the Heat in such impressive fashion.

Green averaged 8.1 points during the postseason, while Butler made 20.7 points and 5.7 rebounds per game. Butler’s aggressive style of play is made for the Finals, and he will look to unleash that on the big stage. Unless Green can turn back the clock to his San Antonio Spur self from 2013 and 2014, expect Butler to dominate.
Advantage: Miami

The Lakers have an abundance of big men on their roster, so having Markieff Morris on the starting lineup may be a bit of a wild card in this case. Morris wasn’t much of a factor in the Western Conference Finals against Denver, but he may have a chance to shine on the biggest stage.

Ever since the start of the NBA’s Restart season and into the playoffs, Jae Crowder has stepped up in the power forward position, despite usually playing at the small forward role. Crowder’s toughness and hard nosed play on defense has been helpful for Miami, leading them to getting valuable possessions when they are needed most.

Morris averaged 5.3 points per game, while Crowder averaged 12.3 points and 5.7 rebounds per game in the playoffs. A rather unusual matchup for the power forward position, but one where the slightest rebound or defensive stance could make a difference on the court.
Advantage: Miami

For Anthony Davis and Bam Adebayo, reaching the NBA Finals is an achievement all in itself, but that’s not where the common ground ends. Davis was stellar in the Western Conference Finals, which included a buzzer-beating three-pointer in Game 2, that propelled the Lakers on a 2-0 lead.

In similar fashion, Adebayo came up big in the clutch on defense with a resounding block on Jayson Tatum in the closing moments of Game 1 in the Eastern Conference Finals. 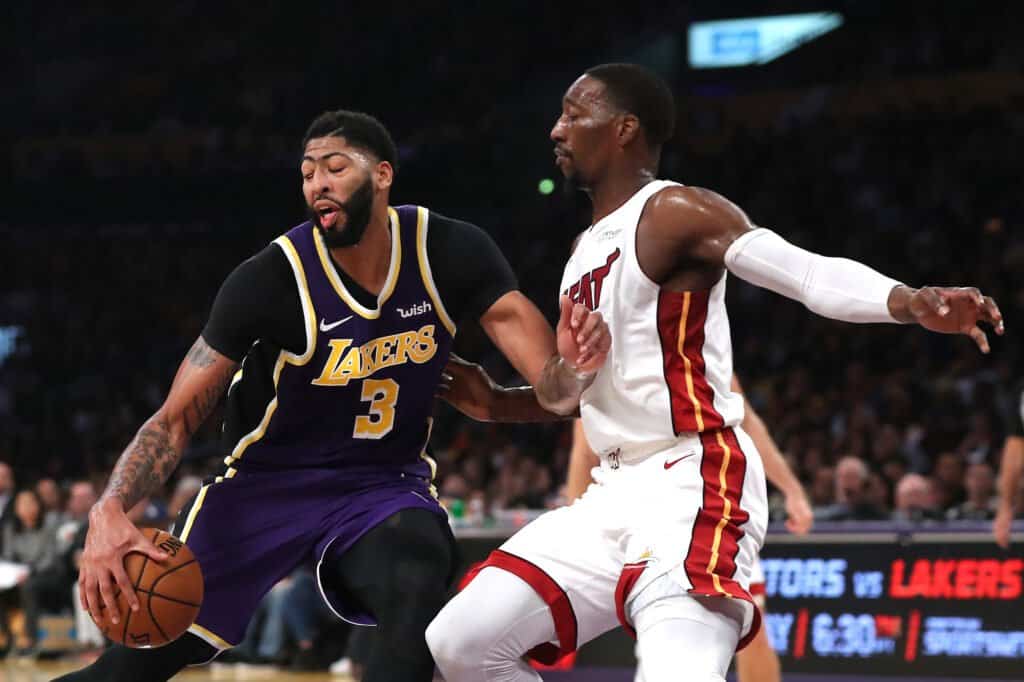 Adebayo will have his work cut out for him against Davis, who is known for making mid-range and three-point shots. If Bam can find a way to shut down AD, then this battle will be his, otherwise, Davis will go into his bag of tricks.
Advantage: Even

The Lakers have a bench of players that have some form of experience in playing in the NBA Finals like Dwight Howard, Rajon Rondo, JaVale McGee, and J.R. Smith, while having young talent like Kyle Kuzma and Alex Caruso.

The Heat, much like the Lakers, have a young core in Tyler Herro, Derrick Jones Jr., and Kelly Olynyk, but they have also have someone who has experience in reaching the Finals in Andre Iguodala, who was part of the Golden State Warriors teams from 2015 to 2019, and winning the Finals MVP trophy.

The Heat may have many X-Factors on their bench, but the Lakers have experience that can provide help and dividends.
Advantage: L.A. Lakers

For Frank Vogel, this is his first trip to the NBA Finals, however, he is facing a familiar rival who has reached the Finals at his expense in Erik Spoelstra. Spoelstra has reached the Finals four consecutive years as coach of the Heat, winning 2 out of the 4 times. From that experience, Spoelstra molded, reinvented, and guided Miami back to the postseason with a mindset to win.

Vogel may not be doing much of the coaching since LeBron commands much of the authority for the Lakers, but Spoelstra’s savvy and expertise in leading Miami on both ends of the floor may be another difference in ensuring Miami key victories.
Advantage: Miami. 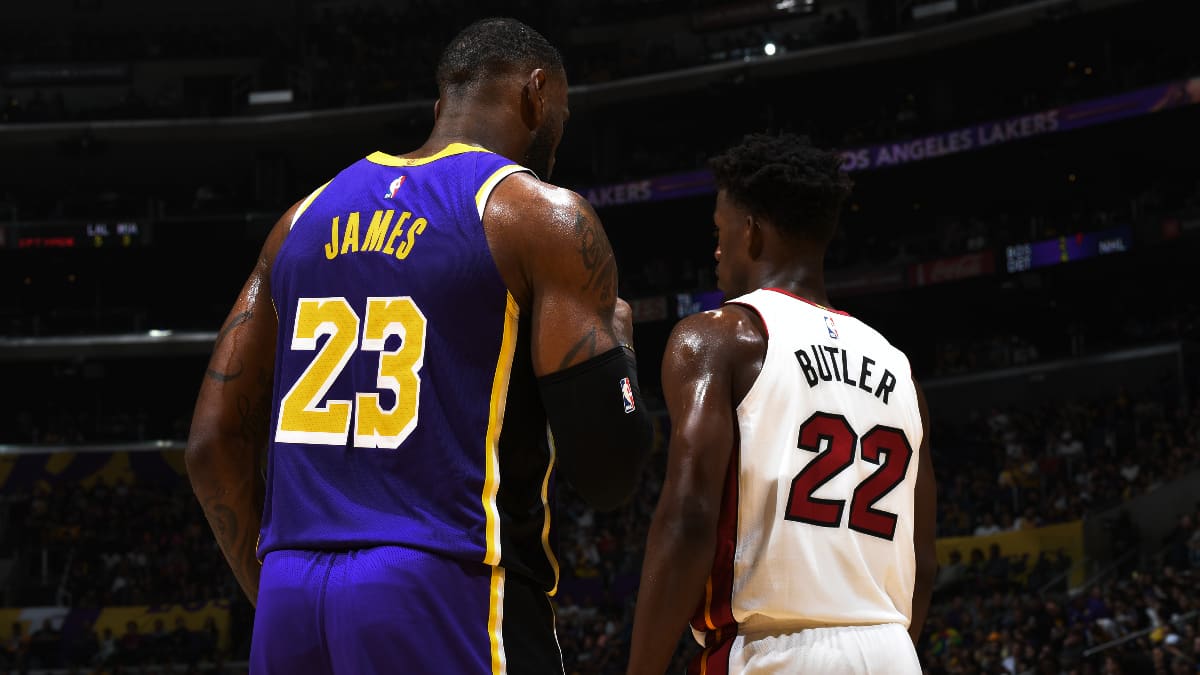 The last time the Lakers reached the Finals was back in 2010 when the late Kobe Bryant led them to victory in seven games over the Boston Celtics. Since that time, much has changed drastically for them in such a notable and significant way. Reaching the Finals is meaningful and subconsciously emotional, given the context with what they have gone through this season.

The last time the Heat reached the Finals was back in 2014, where they lost to the San Antonio Spurs in five games, leading to the end of the Big 3 era and LeBron taking his talents back to Cleveland. Miami went through on and off seasons where they reached the playoffs to varying degrees of success, but having made it this far as the fifth seed and shattering all expectations, there is no denying that the Heat are the best team of the Eastern Conference.

This will be an historical and unique Finals that many will talk about for ages to come. The storylines will be palatable and highly proportional, from LeBron and Pat Riley to young players like Herro, Adebayo, Robinson, Kuzma, and Caruso looking to prove themselves, and even the unyielding desire and fighting spirit of Davis and Butler. The 2020 NBA Finals are a basketball fan’s dream manifested into reality.
Prediction: Either team in 7. 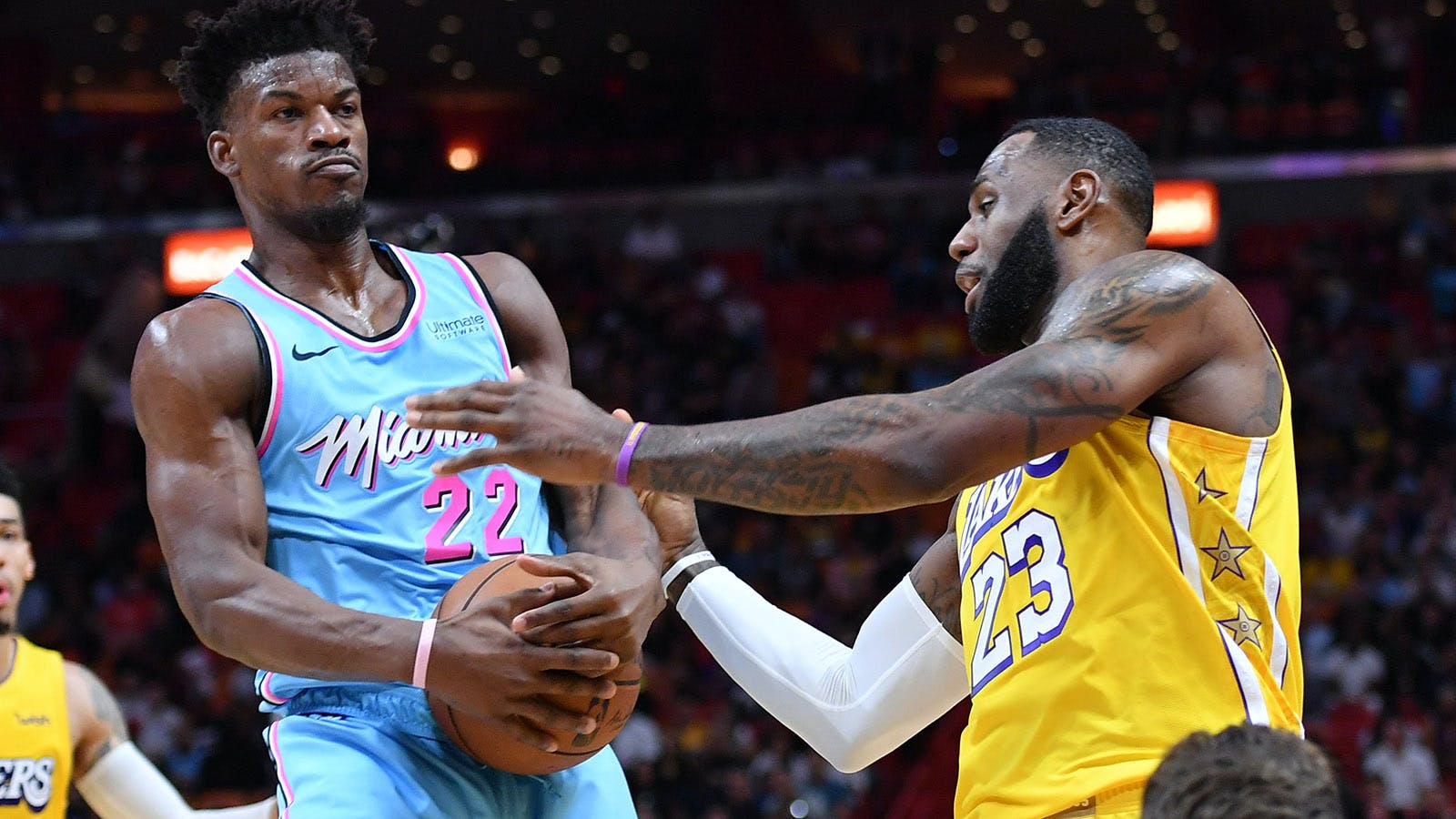