After locking up another young core defenseman for many years to come, it appears that general manager Peter Chiarelli and the Edmonton Oilers organization have their roster set for the future.

Today, star defenseman Oscar Klefbom signed a seven year contract extension with the Edmonton Oilers, keeping him in Edmonton until the year 2023 at the very least. The Karlstad, Sweden native was drafted with the 19th overall pick in the 2011 NHL Entry Level Draft by Edmonton.

Although Klefbom has only appeared in 77 games at the professional level with Edmonton, he is responsible for tallying 23 points during his tenure with the Oilers organization. In addition to his time playing hockey in the National Hockey League, Klefbom competed for his native country of Sweden at the World Championships in May and at the 2012 World Junior Hockey Championships . Oscar recorded 4 points during his 8 game tenure on an international level. Klefbom is set to earn an average of $4 million dollars a year.

The 6 ft. 3 defenseman is set to join Taylor Hall, Ryan Nugent-Hopkins, and Jordan Eberle on the Edmonton Oilers roster for many more years to come.

Although this is a relatively cheap option to help bolster the Oiler’s blue line, this is a questionable decision made by the Edmonton Oilers organization. Klefbom has not even played a full year in the National Hockey League, and has put up average point totals for an NHL defenseman. On the other hand, Klefbom ranked amongst the best defenseman on Edmonton’s roster this past season.

Although it remains to be seen whether or not Klefbom’s extension is worth it for Edmonton in the long run, Klefbom will continue to ameliorate the defense for the Edmonton Oilers for the time being. 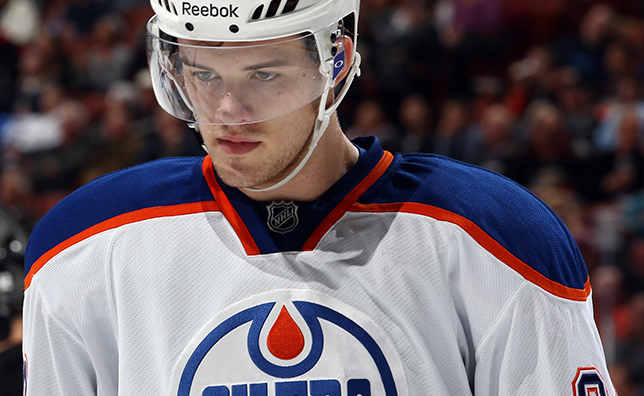