Denny Hamlin had to start on 29th Sunday after qualifying was rained out. He had to deal with spinning out early in the race, but he pushed that all aside inorder to pull out a big win. He jumped from third to first on the restart with five laps remaining, and has now earned an automatic spot in the second round of the Chase for the Sprint Cup championship.”Go have some fun the next two weeks, that’s for sure. Takes some pressure off of us,” Hamlin said about his strategy for the next two weeks.

It was not a good day for Kevin Harvick at Chicagoland. After a poor week at Richmond, the struggles continued this week. He was having a great race until he battled with Jimmie Johnson for a top spot. The two got into each other and Harvick ended up blowing a tire and hittting the wall in the process.Harvick decided to stay out, but that proved to be a huge mistake when his tyre blew two laps later, this caused a fourth caution and served a blow to his title fortunes. After the race, Harvick came out of his hauler angry and looking for Johnson. It looked as though Johnson wanted to try to discuss the event with Harvick but and after a very small chat,H arvick punched Johnson in the chest before being restrained and then led away by his wife DeLana.

Austin Dillon, who is not in the Chase, had a top-10 run going until a restart with 139 laps to go, when he suddenly had a flat tire and slammed the wall. Next week, the Chase continues with the Sylvania 300 at New Hampshire. No driver will be under greater pressure to win there or at Dover on Oct. 4 than Harvick. 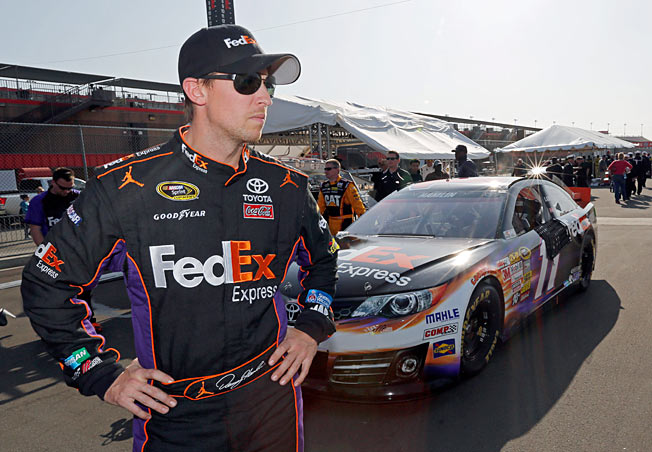