The Belmont Stakes have always been one of the most popular and prestigious events on the horse racing calendar. The events which take place in Belmont Park, New York are held each year during the first week of June.

It is the oldest thoroughbred event out of the three annual races which make up the Triple Crown, and its estimated date changes slightly every year, depending on the start of the first event; the iconic Kentucky Derby.

These are three of the best finishes seen in the history of the Belmont Stakes. Some of these momentous finishes made headlines for thoroughbred racers, and they went on to sire future generations of racers.

Records continue to be challenged, and new ones are being attempted all the time. Check out the 2022 belmont stakes odds for more detail and the latest predictions.

Firstly, one of the most well-known Belmont Stakes winners was Secretariat. The thoroughbred racehorse secured his victory and well-earned Triple Crown title at the end of the 1973 Belmont Stakes.

Having already won the Kentucky Derby and Preakness Stakes, Secretariat made his monumental win appear effortless. This thoroughbred was truly one of the best of his time, as he demonstrated a huge capacity for stamina, speed, and immense power during his 1973 season.

Not only that, but Secretariat set records for the Belmont Stakes that year. He finished the final race of the Triple Crown 31 lengths ahead of his closest competitor while barely breaking a sweat! Secretariat was a huge success for horse racing and breeding, and went on to sire some of the best racehorses in the business.

This thoroughbred’s legacy continues to live on, and his record speed around the track at Belmont Park has still not been beaten. Secretariat set the time at the Belmont Stakes, which remains to this day, at 2:24.00.

The powerful thoroughbred was easy to spot on the track for many reasons. Of course, he would normally be found at the front of any group of racers in action. Secretariat was also known for the slightly red tone of his coat. This contributed to the thoroughbred’s nickname ‘Big Red’ becoming popular during the peak of his racing career.

Another momentous finish occurred at the end of the 1989 Belmont Stakes. Easy Goer was a chestnut stallion with an impressive amount of strength as well as power, which allowed this thoroughbred to achieve great things. In spite of a short career, Easy Goer is one of two horses to win the Champagne, Belmont, and Travers.

While nobody has reached the immense record time around Belmont Park that Secretariat did, Easy Goer certainly gave it a shot. In 1989, Easy Goer finished the final leg of the Triple Crown in 2:26.00, which is exactly two seconds longer than the iconic Secretariat!

This thoroughbred may not have finished with a Triple Crown title at the end of the Belmont Stakes, or at a position 31 lengths ahead. However, Easy Goer was called a super horse after finishing eight lengths ahead of his rival Sunday Silence.

Not only that, but Easy Goer prevented his closest competitor from securing a Triple Crown finish at the 1989 Belmont Stakes. Sunday Silence was on track to winning the final leg of the Triple Crown before Easy Goer sped far ahead and stepped out from his rival’s shadow.

This defeat was widely considered one of the best finishes in the history of the Belmont Stakes. Easy Goer was added to the Racing Hall Of Fame in 1997, and is one of the closest threats to Secretariat’s record time around the track.

With Belmont Stakes winners in his blood, A.P. Indy was destined to achieve great things once it was his time to compete in Belmont Park. This thoroughbred was sired by the iconic Seattle Slew, and named after a Japanese motor racing circuit.

A.P. Indy was truly a force to be reckoned with, and was certainly made for speed. However, the 1992 Belmont Stakes wasn’t the cleanest win for A.P Indy. The thoroughbred was just three quarters of a length ahead of his competitors at the end of the race.

Pine Bluff and My Memoirs didn’t know what had hit them, and the young racer definitely kept spectators on the edge of their seats until the end. A.P Indy has one of the shortest total times taken to go around the track at Belmont Park.

While he didn’t beat Secretariat or Easy Goer’s record times, A.P. Indy finished the 1992 Belmont Stakes in 2:26.15. This is a highly respectable time, which led to the thoroughbred’s induction into the 2000 Hall Of Fame.

A.P. Indy is remembered for siring Rags To Riches, who won the 2007 Belmont Stakes. The thoroughbred was a member of the only three-generational winning family within the Belmont Stakes.

A.P Indy was also named Horse Of The Year after his achievements in the 1992 racing season. His deep shoulder which contributed to an impressively strong body are characteristics which helped this thoroughbred secure his wins.

A.P Indy was able to reach high speeds without exerting himself to extremes thanks to this powerful build, which has been passed on through generations of winners.

The Belmont Stakes have always been a tense thoroughbred racing event, because it is the final race of the Triple Crown. This means that racers are competing for a potential chance of being that year’s Triple Crown winner, and even set new records.

High achieving thoroughbreds have always demonstrated a range of talent and speed, but the fastest racer to complete the Belmont Stakes is Secretariat. This horse’s 1973 success made headlines and set a huge number of records for the thoroughbred.

The record time stands today, and many thoroughbred racers are working hard to challenge the legendary horse’s time around the track at Belmont Park. Check out the link above for the latest developments in the world of thoroughbred racing. 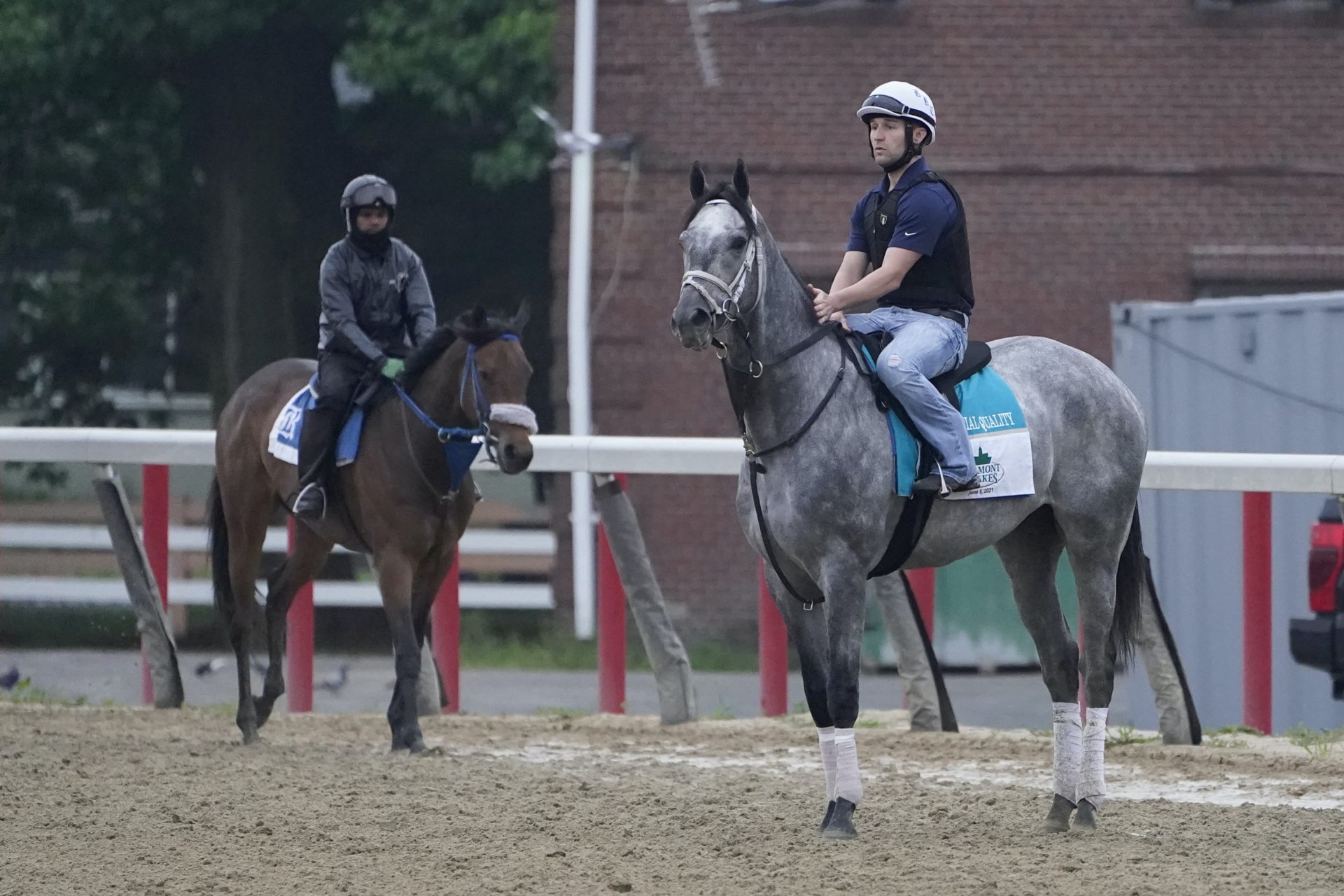