The first couple of weeks of the 2021 NFL season have not disappointed whatsoever. NFL odds fans were treated to some amazing action right off the bat which ultimately showed that this season will surely be one where the action and thrills will be nonstop.

Starting with the Brady vs. Prescott showdown that we were treated to in the initial game of the season, followed by the wild Ravens vs. Chiefs matchup in Sunday Night Football in week 2, we could feel like we are in for an amazing 17 weeks of pro football.

Now, as week 3 of the season approaches, let’s dive right in and take a look at three of the best storylines that week 2 of the NFL season gave football pundits all around.

The Raiders Are No Joke

Who had the Las Vegas Raiders being 2-0 in the 2021 season? Yes, not a lot of people, but after what Jon Gruden and his team have shown so far with convincing and thrilling wins over both the Ravens at home in Allegiant Stadium and on the road against the Steelers in Pittsburgh, it’s time to stop taking the Raiders as a joke and take them as serious contenders in the 2021 NFL season. For a while now and especially after the team decided to sign coach Jon Gruden to a 10-year, 100-million-dollar contract, the Raiders were giving off vibes like if they were the 76ers of the NFL with the idea of a process being put into place and of course the consequential trusting of the process to see the results.

Well, after working on rebuilding the team by trading away stars like Khalil Mack to the Bears and Amari Cooper to the Cowboys in exchange for first-round picks in the 2019 and 2020 draft, arming themselves up with a crew full of high potential rookies mixed up with some seasoned veterans and with QB Derek Carr at the helm, the Raiders are finally ready to unleash of all their potential on to the league. The biggest story so far here is how Derek Carr has finally stepped up to be the top-tier QB that the team has been waiting for. While nobody can deny Carr’s talent and skills, his showings were a bit lacklustre, but not because of him per se, it was a mix of various factors to take into account, but all those factors are gone now, and with guys like Josh Jacobs, Darren Waller and Henry Ruggs III backing him up on offense, the man is putting the league on notice about his true talents and leadership skills.

This Raiders defense is very good, with a thrilling offense, a strong, physical defense and a coach who is ready to show all critics that working quietly but vigorously can pay off huge dividends. The Raiders have now gone from being a team everyone expected to lose, to be a team nobody expected to win and do it in such great fashion, and we are here for it.

While all eyes have been set on what the Jaguars’ Trevor Lawrence and what the Jets’ Zach Wilson are able to do with their teams, especially with all the hype they came into the league with, it’s Mac Jones, the rookie Patriots QB out of Alabama that’s taking all of the accolades thus far as the best performing rookie QB from the 2021 NFL draft class.

While Lawrence and Wilson have both learned the hard way what pro football is like, especially in teams where the QB department is not the only concern, Mac Jones who went from being coached by Nick Saban to being coached by Bill Belichick is showing up and showing off in a great manner as the starting QB for the New England Patriots.

While he took a loss in Week 1 against the Dolphins, Jones and the Pats bounced back in Week 2, making way of Wilson’s Jets in New York. Jones’ case goes to prove that sometimes not being picked first or second can work out just perfectly and also if there’s one coach who knows a thing or two about getting the most out of rookie QB’s for New England it’s Bill Belichick.

Now sure, San Francisco’s Trey Lance and Chicago’s Justin Fields haven’t gotten a chance to show what they’re made of, mainly because of their teams still riding with their veteran QB starters, Jimmy Garoppolo for the Niners and Andy Dalton for the Bears, but until they do and manage to beat what Mac Jones can do in the immediate future for New England, all props go to Jones.

In their Week 1 matchup against the Cardinals, the Titans were held to only 13 points and Derrick Henry, their star running back was held to only 58 yards in 17 carries. Turn the page to week 2 and in their visit to Seattle, one of the hardest stadiums to play in and against one of the toughest defenses in the league, Derrick Henry showed why Tennessee’s offense thrives when he’s at his best.

After raking in 182 rushing yards with three touchdowns and an extra 55 receiving yards for a total of 237 total yards in the game, Derrick Henry proved that when he’s feeling his groove, there is no defense able to stop him.

While many people have focused on how good the Titans one-two WR duo is with Julio Jones and A.J. Brown, which yes, it’s one of the best in the NFL if not the best, Henry’s performance against Seattle once again comes to prove that when push comes to shove, Tennessee is sometimes better off having a strong rushing offense than a passing offense.

If Henry continues to put up numbers like these throughout the season, we could be in for a historic, record-breaking season from the Titans star RB. 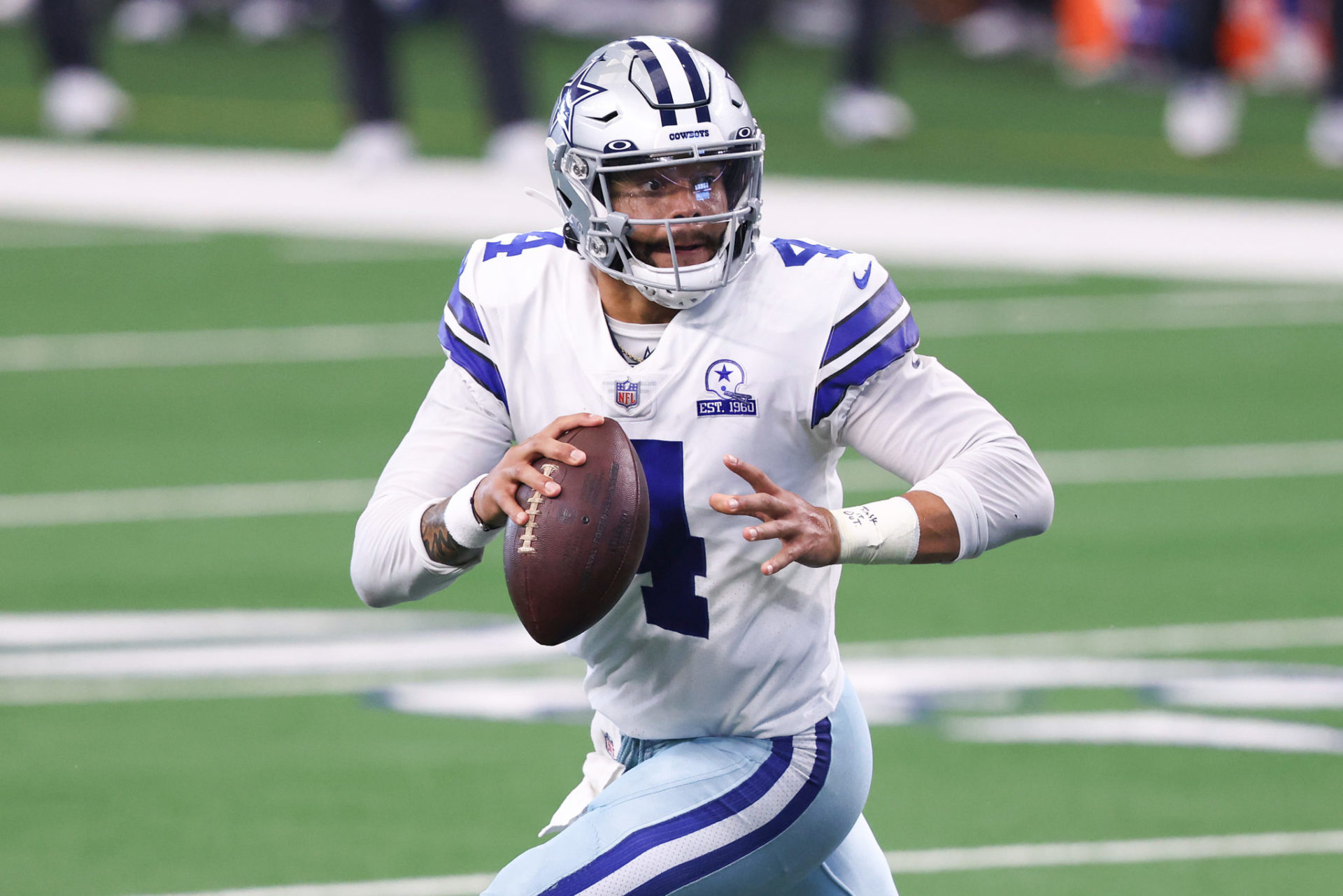