Gary Neville was recently asked for his thoughts on the current Chelsea squad. He used one word to describe them. Ominous. That has been the most accurate description of this Chelsea squad. They feel like a freight train picking up speed, powering and propelling forward towards domestic and European glory.

It is yet to be seen if they can achieve this due to the stiff competition, however, the early signs are favourable. This season the club has started the campaign with four wins and a draw after five games, scoring 12 and conceding 1. In this time, they have played Crystal Palace (H), Arsenal (A), Liverpool (A), Aston Villa (H) and Tottenham (A), while kicking off their champions league campaign with a gritty 1-0 victory over Zenit St Petersburg.

Much of the work is done off the pitch and it is this application of efficient and strategic planning which is accredited to Chelsea’s current malaise into club superpower. Those within the corridors of power in the football world and attributes this to one Marina “Iron Lady” Granvoskaia who is the mastermind behind the operation. So, who is the Chelsea director, how has she risen to such prominence, and how has she built and maintained such an ominous unit?

Marina Granvoskaia is of Russian-Canadian decent, with a degree in Foreign Languages from Moscow State University. Her prominence has been a constant in a decade of evolution at Chelsea. Her working relationship with Chelsea owner Roman Abramovich dates back to 1997, where she worked as his assistant in Sibneft. She moved to London in 2003 into a role with Abramovich’s assets management firm Milhouse Capital. At Chelsea, she worked as a proxy between Abramovich and the Board, before joining the board full time in 2013 and rising to director in 2014.

Granvoskaia began showcasing her worth to the football club early on. In 2009 she was integral to the renewal of Didier Drogba’s contract after a difficult season where he registered only 5 goals and 4 assists and going on to being dropped by Filipe Scolari. Drogba proved to be an insightful piece of business as history has gone on to showcase and Granvoskaia was already proving she had a keen eye and good judgment in players.

She is also credited with brokering a truce between Jose Mourinho and Abramovich after the Portuguese’s sacking in 2007. This resulted in the Portuguese manager being reinstated in 2015 and Chelsea’s famous 2014-15 season where they went on to win the league, losing only three games.

It is not only on the pitch Granvoskaia has proven invaluable but also off it. She was the architect of Chelsea’s lucrative kit deal with Nike, signed in 2016 and running for 15 years from 2017 for £60 million per season. She brought Fernando Torres to the club, but the deal is not praised because of the player itself but because of the complexity of its nature and suddenness with which it occurred. An approach that is still being utilised by Chelsea today.

Since being made director in 2014 she has gone about changing the financial model of the football club. Gone are the days of Chelsea being viewed as a soft touch in the transfer market. Under the new approach, the club is more determined to pay the right price or simply walk away from a transfer, with an increased intent on maximising the value of their assets. Since her appointment, Chelsea has earned more than they have spent in three different seasons. A period in which they have won two titles and a champions league.

One of which is the 21/22 season. A season that clubs were supposed to be feeling the financial implication of the pandemic, Chelsea has proven otherwise. Only nine premier league players were sold for more than £20million but three of those were from Chelsea: Mark Guehi (£22M), Kurt Zouma (£30M) and Tammy Abraham (£40m). They even managed to get £8M for Davide Zappacosta and £4.5M for 30-year-old Victor Moses. This facilitated the signings of Romelu Lukaku for £103M and Saul on loan, finishing the window with a £2m profit.

So how has Granvoskaia managed to make Chelsea such a transfer superpower? The answer lies in the loan market and academy.

In 2010 Chelsea began to spend small fees on younger players who they then sent to smaller teams around Europe to develop. These signings included Romelu Lukaku, Kevin De Bruyne and Thibaut Courtois for a combined £29 million.

This system allowed pre-peak accusations to become more valuable as they matured, brought in loan fees each year and ultimately transfer fees that allowed the club to sell at a profit. With this model, the club can earn money from lesser-known players as well such as Andre Schurrle, Thorgan Hazard, Oriol Romeu, Stipe Pericia all of whom cost a total of 30 Million pounds and played a combined total of 99 games for the club but earned the team 28 Million pound profit by the time they all left.

As time went on the strategy’s focus shifted to the club’s youth team, who were in the ascendency. Winning the Premier league’s development competitions in 2014 and 2020 as well as five successive FA youth cups between 2014 and 2019. The strategies success relied upon finding smaller teams willing to take inexperienced players consistently.

Granovskaia was a key contributor to this strategy, identifying potential partner clubs and was instrumental in building a profitable relationship with Dutch club Vitesse Arnhem. Where the likes of Patrick Van Aanholt, Mason Mount, Nemanja Matic and Dominic Solanke all applied their trade at some point. This allowed Chelsea to put some players in the shop window while giving other experience in first-team football in preparation for the senior squad.

So, when Chelsea was hit with a transfer ban in 2019, they were able to strengthen their first team by bringing in the likes of Recce James, Fikayo Tamori, Mason Mount and Tammy Abraham. While this group lacked experience with their parent club, they already had an average of 88 senior appearances apiece.

This allowed them to remain competitive in the league (finishing 4th that season) and save money on key positions which were now being filled by their youth players. A final consequence of sending these young talents on loan consistently is that they feel less of a risk to buying clubs because of the numerous appearances they have garnered. Fikayo Tomori was sold to AC Milan for £28 Million despite only playing one season of football for the first team.

How is she viewed?

Granovskaia maintains a reputation for skill in negotiation which is present in the more recent transfer completed at the club.

According to The Athletic, the consensus amongst those who have worked for and against her is that Granovskaia is firm but fair and completely dedicated to her job.  One agent stating:

“she is constantly working. It is not uncommon to get a reply at midnight if she hasn’t had a chance to get back to you during the day”

An Executive at a rival club told The Athletic:

“I’ve been involved in three or four deals with Marina and she’s always been good to her word. Every time I’ve dealt with her it was very straight forward very business-like very professional. I can’t say that about everybody else in this business”.

It is because of this dedication to her work and intuitiveness to the market that Marina can make the most unfortunate of situations, fortunate for her club. In 2020 as the pandemic squeezed money out of football and clubs decided to tighten the purse strings, Granovskaia embraced the chaos.

As a consequence of their transfer ban in 2019, Chelsea was able to finish the season with a £100 Million profit and was flushed with cash come the summer and the lack of money around Europe meant there were more sellers and fewer buyers than normal. That summer Chelsea spent 200Million pounds.

Snapping up Timo Werner for below-market-rate and bringing in the likes of Ben Chilwell, Thiago Silva and Kai Harvetz without significant opposition. The signings if Harvetz showcased Granovskaia opportunism as rumoured suitors Bayern Munich and Real Madrid couldn’t afford a bidding war, allowing Chelsea to swoop in and snap up the deal swiftly and with lesser cost.

Where do we go from here?

In 2019 FIFA proposed new regulations on football loans, meaning that teams can now only send 8 players on loan in a campaign, a number which will drop to 6 in 2022. As of now this only applies to over 22’s and international deals, but the long-term plan is for national federations to restrict domestic loans similarly.

For a club like Chelsea, who shipped out 32 players on loan during to 2020/21 season, this will be a blow to their money-making model. It will reduce the number of loan fees they can acquire and make the marketing of their players less frequent. It will also reduce their ability to minimize the impact of mistakes and ability to find long-term profitable solutions for these mistakes.

So Granovskaia is going to have to reshape her model, figure out new ways to improve profitability and as she showed us with Covid-19, find opportunities in these new FIFA regulations. However, for one of the powerful and inventive women in the game, this shouldn’t be an issue. 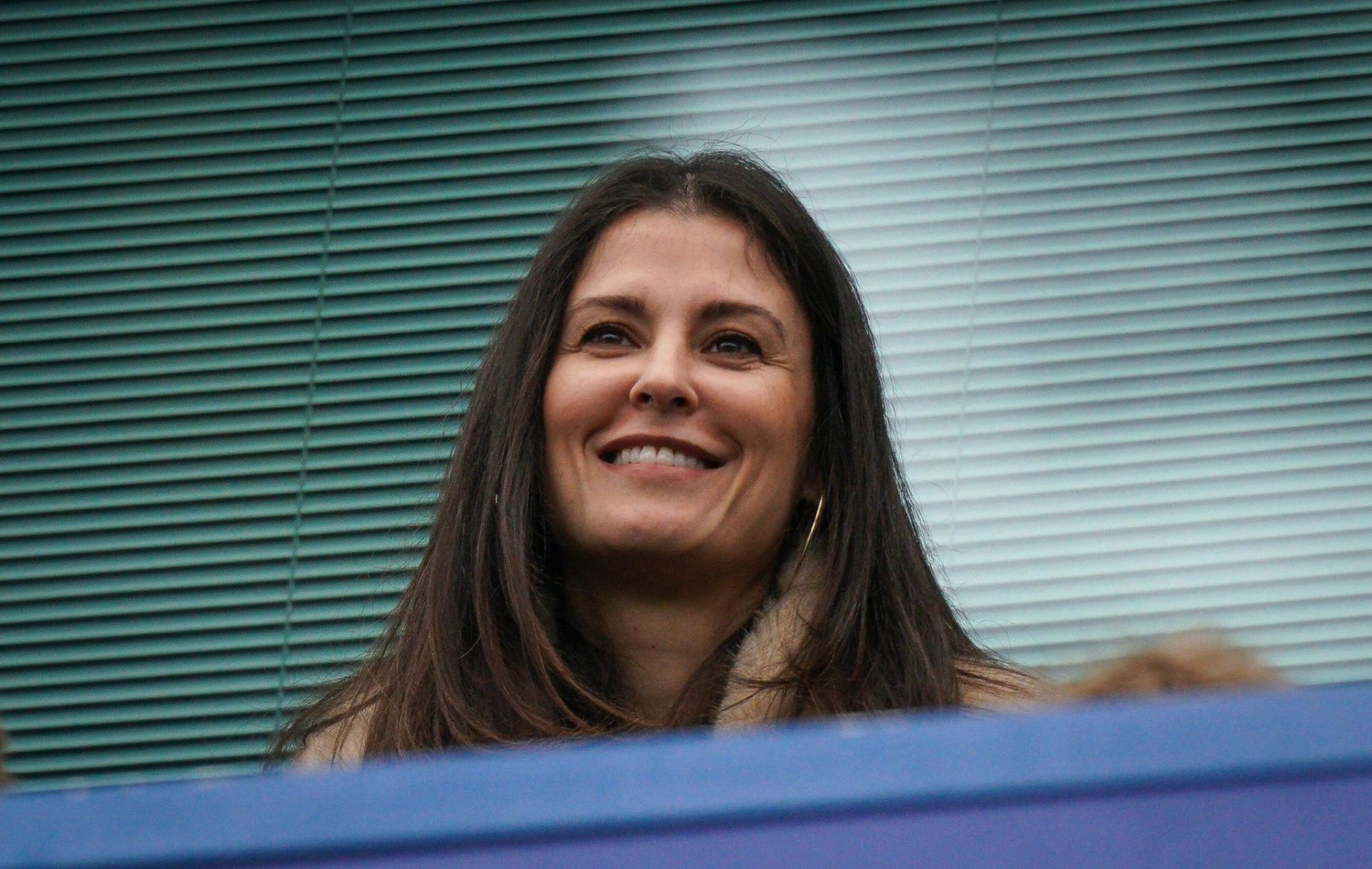