We all know the feeling. Those days when you get up and feel like there is nothing left in your tank. This feeling may hit you the hardest on Monday mornings but quickly subsides after a hit of caffeine. For Venus Williams, the exhaustion never seems to go away, 34 is the new 34

Once the best woman tennis player in the world, Venus suffers from Sjogren’s syndrome — an autoimmune disorder that leaves her unusually fatigued and weak (not exactly something you want to have in your repertoire as a professional athlete).

When Venus announced she was diagnosed with this debilitating disease in 2011, many believe that her best days are officially over. On paper, this belief is not unsubstantiated. Since 2008 Venus has not won a grand slam singles event and between 2011-2014, she has only been able to win one title. Defeats after defeats to much-lower ranked players came consistently. However, the statistics never mattered to Venus and though her disability has robbed her of her stamina, her confidence remains.

“Just stay positive and keeping working hard” was what she kept telling herself, even when she dropped to as low as 102 in single rankings.

To stay competitive, Venus relentlessly played lower-tiered events and traveled to outposts and played without complaints on backcourts as she tried boost her ranking. Beginning last year, the hard work seemed to start paying off for Venus, bringing her ranking within the top 20 once again.

Venus began 2015 by picking up her 46th career singles title in Auckland and is now one win away from being back in the top 10. Just a few hours ago, she defeated Camila Giorgi of Italy in three gruelling sets to advance to the 4th round for the first time in over 3 years. With this win it is now (almost) official: at 34 years of age, Venus is back in the conversation and redefining what it means to be over and past the 3rd decade hump. 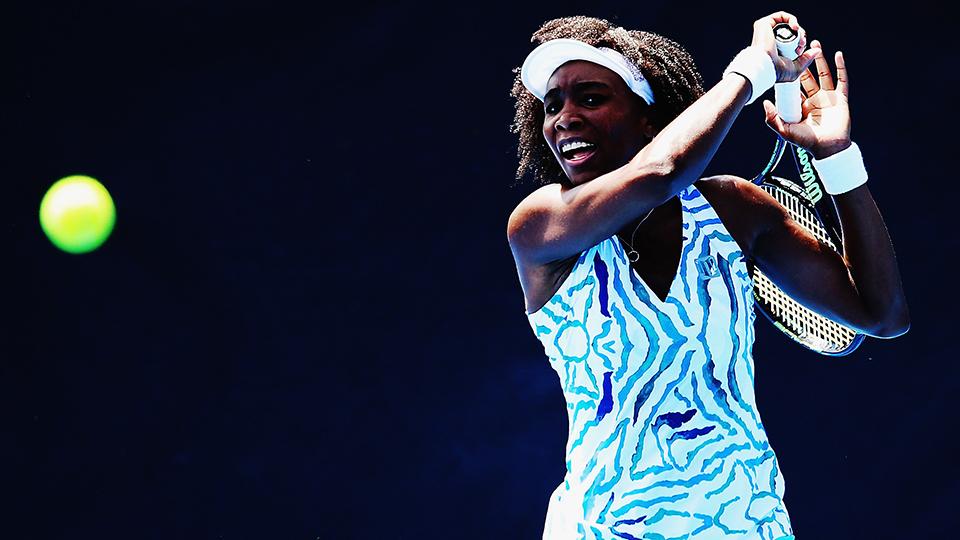