Card games are loved and enjoyed by millions of people around the globe. According to Wikipedia, there are numerous card games that people love to indulge in. The primary reason behind their popularity is that they offer the perfect blend of entertainment and knowledge. The majority of the card games, while being fun and entertaining, challenge players to test their intelligence and decision-making skills against opponents. Furthermore, card games do not require ample time to set up. By just taking out the deck of cards, individuals can start playing.

Certain card games have tons of different variants. Hence, players can choose the type they like and start playing them. One such card game is rummy. The top-rated card game features a massive base of players who frequently play online and offline games. The online versions of the popular game are trendy among the masses for various reasons. Firstly, they are easily accessible, i.e., enthusiasts can conveniently navigate to an online rummy platform or open a rummy application to start playing. Moreover, there are tons of online rummy players readily available who are waiting for challenges. Hence, players can match up against opponents without waiting for an extended period.

Here is an in-depth guide for individuals who wish to learn and start playing rummy:

Rummy is a card game where players try to improve the hand they are dealt initially. They can conveniently do so by picking up any card thrown by their opponents and discarding a card they have with them or picking a new card up from the stock of cards kept aside. Like other card games, a standard deck of 52 cards is used in rummy. The game of rummy requires at least two players. If there are six or more players, a secondary deck of cards is used.

ALSO READ:  Real Money Online Casinos: What They’re And How To Find The Good Ones

The main objective of players playing the game is to create valid sets and sequences by using the 13 cards. To become the winner, players need to make at least two sequences. Out of the two sequences, one needs to be a pure sequence, whereas the remaining ones can be any valid sequence or set.

Any individual who wishes to start playing rummy should be familiar with the following terms:

Rummy Table – Every rummy game is played on the rummy table. Two to six players can sit at the table for a rummy game.

Joker and Wild Cards – Every deck of cards used for playing rummy have two cards that serve similar purposes, i.e., the Joker and Wild Card. The printed joker and wild card facilitate players to create sets and resemble sequences.

Draw – The practice of picking up cards from any of the two stacks of cards during a rummy game is known as a draw.

ALSO READ:  Is It Possible To Play Safely At An Online Casino?

Discard – When a player draws a card from any stack, they also need to eliminate one of the dealt ones. Getting rid of the card is known as discarding.

Discard Pile – The cards players discard are kept together in a pile. The pile is known as a discard pile.

Draw Pile – In a classic rummy game, the undistributed cards are stacked and kept face down.

The procedure of Playing Rummy:

Rummy is generally played according to the following instructions:

Before jumping into any rummy game, players need to learn about the fundamental concepts of the game. By following this detailed guide, beginners can conveniently start their rummy journey and play against other players to garner experience. 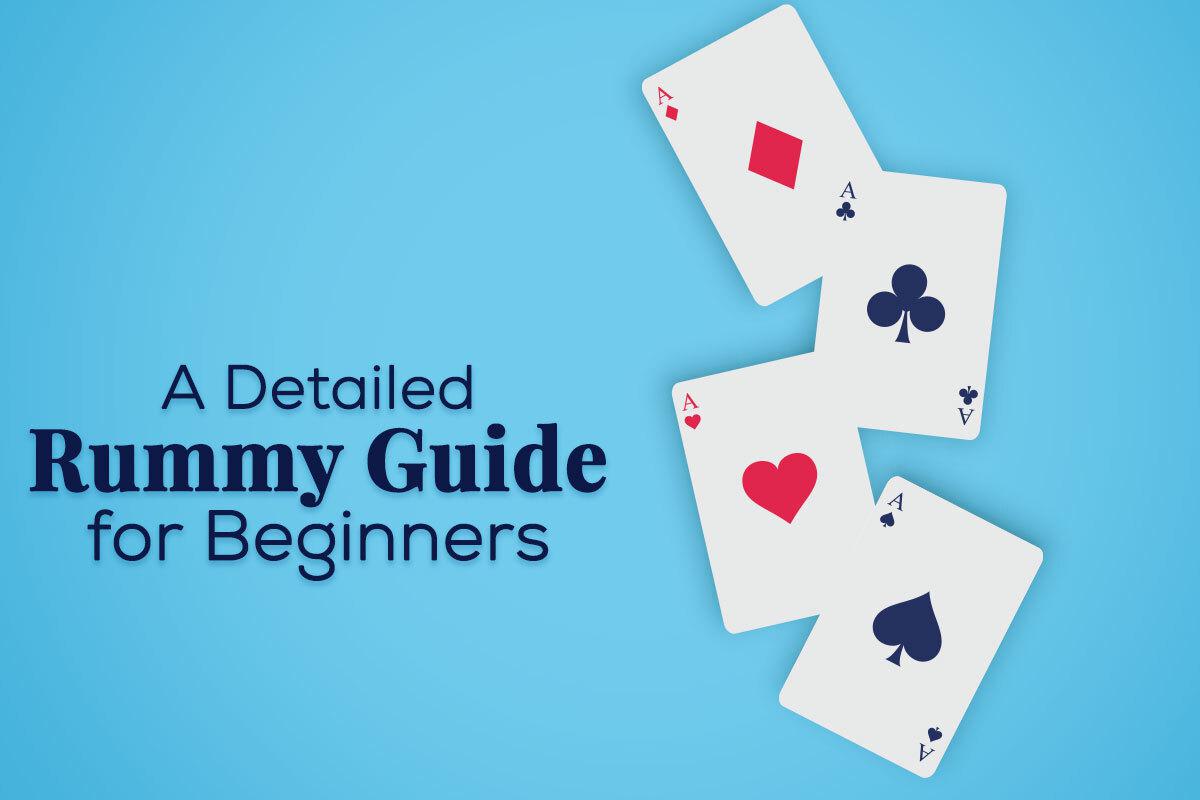