Will the chestnut colt, Kyprios throw the more experienced competitors into a panic?

As one of the true highlights of the British horseracing calendar, Royal Ascot is always an exciting and glamorous festival. Of all of the races that take place during Royal Ascot, the Gold Cup is the most anticipated.

While the prize money is impressive, the thing that most people enjoy about the race is placing bets on the horses they think will win. Around this time there’s always a proliferation of Royal Ascot free bets, so if you’re undecided on who you think the winner might be then you could make use of one of those to ‘hedge your bets’.

Of course, it’s always worth looking into the form of the horses in question to help with your decision making. To get you started, here’s what we’ve discovered.

The current joint-favourite for the Gold Cup is six-year-old bay gelding Trueshan. Trained by Alan King, this horse has had an incredible career already, with a record that many would be envious of. From 17 runs, he’s had 11 wins and two places and it seems as though in recent times, Trueshan has really found his stride.

Trueshan has won all of his last four outings, including an impressive win over Stradivarius in the Qatar Prix du Cadran at Longchamp (also a two-mile and four furlongs race). He also won with great style in his last outing at Nottingham, where he won the Further Flight Stakes.

Punters had been a little frustrated that Trueshan wouldn’t get a chance to stretch his legs at Sandown in preparation for the Gold Cup. Noting the firm ground, his trainer Alan King deemed it would be better to wait for Ascot so Trueshan could run on the softer ground that he likes. This gelding is fairly difficult to oppose, despite being without recent form.

A stunning four-year-old chestnut colt, Kyprios is much more lightly raced than Trueshan, largely owing to his younger years. From six starts he’s won four times, with both of his defeats coming at distances far shorter than the Gold Cup, suggesting he is well suited to longer races.

His most recent outing at Leopardstown convinced naysayers that he’s a top-quality horse, finishing an astounding 14 lengths ahead of Sunchart to win the Saval Beg Levmoss Stakes.

Victories like this just don’t happen in Group races, unless the horse is truly in a different league, so it’s easy to see why this result propelled Kyprios into his position as joint-favourite.

It’s worth bearing in mind that this triumph was only in a Group 3 race, so the Gold Cup is a big step up in class for the colt. With a performance like that, however, it seems like that won’t be too much of a challenge.

Stradivarius is next in the betting for an obvious reason: this horse has form. The imposing eight-year-old won the race in 2018, 2019 and 2020 – a real achievement for any horse. Sadly, last year at Ascot, he was well-beaten, as Subjectivist took the win and left Stradivarius some seven lengths behind him in fourth place.

Since then he has bounced back to win the Group 2 Weatherbys Hamilton Lonsdale Cup Stakes and the Doncaster Cup Stakes, as well as the Yorkshire Cup Stakes (another Group 2 race) at York.

While the Gosdens would be thrilled to see Stradivarius return to win a fourth time, it remains to be seen whether the plucky stallion still has it in him. 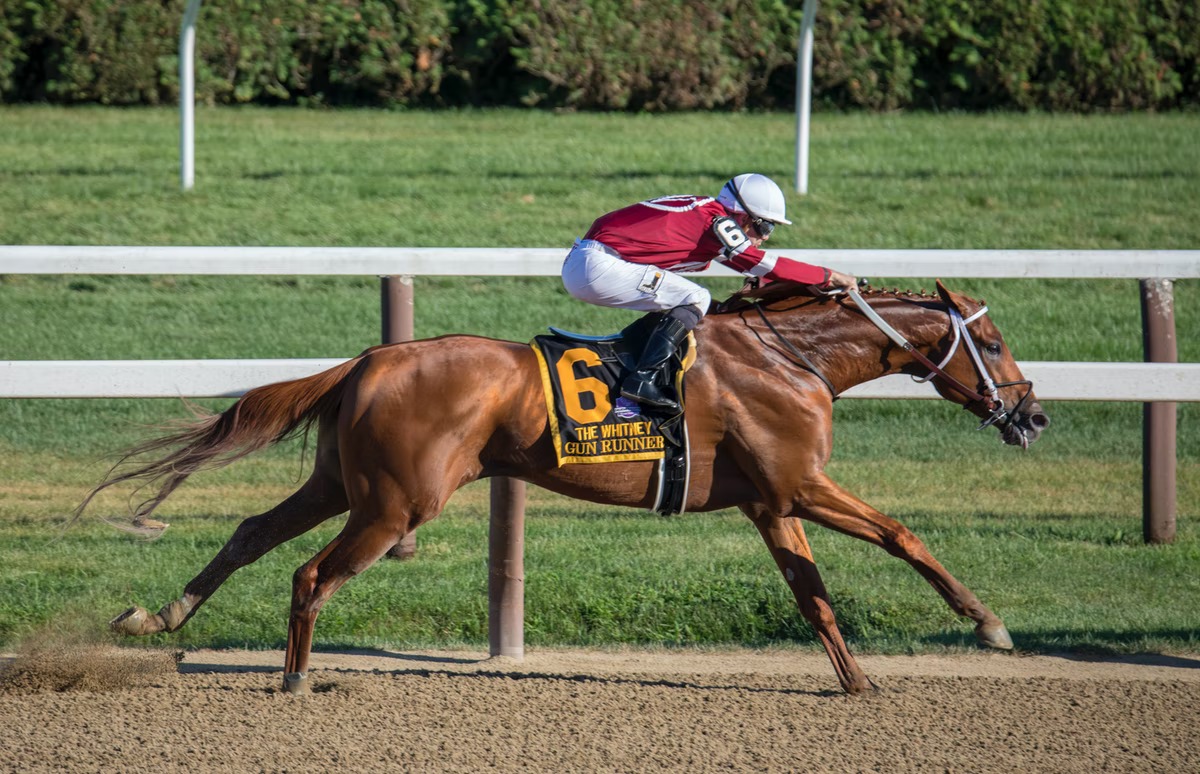