The NBA season came to a conclusion last weekend with the Los Angeles Lakers led by Finals Most Valuable Player, LeBron James, defeating the Miami Heat four games to two.  It was the Lakers 17th NBA championship (although my son won argue that we should only count the Los Angeles titles (12) and not the Minneapolis ones (5)  But that’s another article for another day.

While it was not the way I had hoped with the Lakers winning the series, the fact that the season was able to get this point is a real testimony of the efficiency of the NBA led by commissioner Adam Silver.

The season began with a little bit of controversy when Daryl Morey, the general manager of the Houston Rockets, tweeted out an image that voiced support for protests in Hong Kong.

As a result, Chinese leagues, streaming services, sponsors, and partners, had cut ties with the Rockets and the NBA. In addition, State broadcaster China Central Television (CCTV) and the live streaming platform Tencent Sports, announced on October 6 that they would no longer broadcast Rockets games.

Meanwhile, the NBA did go about business as usual with the action on the court.  But on January 1st, it was reported that former commissioner David Stern had passed away due to a brain hemorrhage at the age of 77.

Commissioner Silver remembering Stern said in a statement, “David took over the NBA in 1984 with the league at a crossroads. But over the course of 30 years as Commissioner, he ushered in the modern global NBA.

He launched groundbreaking media and marketing partnerships, digital assets, and social responsibility programs that have brought the game to billions of people around the world. Because of David, the NBA is a truly global brand, making him not only one of the greatest sports commissioners of all time but also one of the most influential business leaders of his generation.”

Growing up in Canada in the 80s and 90s, Stern’s initiatives turned me and many of my generation on to the NBA.  From marketing the sport’s biggest stars to expanding the game globally including establishing franchises in Vancouver and Toronto.

From helping launch the WNBA to making the league accessible via NBA.com and NBA League Pass which has allowed me to introduce the NBA to my kids and now they are part of the next generation of fans.

Tragedy struck again later in January when Lakers’ legend Kobe Bryant was among nine people, including his 13-year-old daughter Gianna was killed in a helicopter crash north of Los Angeles. He was 41 years old.  Tributes for Bryant poured in from all over the world and among the NBA family.

Despite these two NBA icons passing on within just a few weeks of each other, the NBA season rolled along.  That is until March 11 when the NBA announced the suspension of the 2019–20 season following Utah Jazz center Rudy Gobert testing positive for COVID-19.

The NBA G League also suspended its season. Gobert’s positive test and the suspension of play also caused a massive ripple effect across the sports world as the NCAA Tournament, the start of the MLB season, college winter and spring sports seasons, multiple association football seasons, WrestleMania 36, the PGA Tour, and the NHL season were either suspended, postponed, relocated or canceled as a result.

On June 4, the NBA approved a plan to continue the 2019–20 season with 22 teams playing at Walt Disney World’s ESPN Wide World of Sports Complex in the NBA bubble. The teams would play eight games to complete their regular season to determine which sixteen teams would qualify for the playoffs.

It was great to see NBA basketball finally back in action after a four-month layoff.  While it looked different with no fans in the stands, glass partitions between broadcasters and coaches wearing polo shirts and masks, the product on the floor looked better than ever.

As the playoffs continued game by game and round by round, the pursuit of a championship grew with great intensity.  But once again the momentum stopped when once again On August 26, the season was suspended for a second time during the playoffs.

NBA players were protesting the shooting of Jacob Blake, an unarmed Black man, by police in Wisconsin. Blake absorbed seven bullets to the back at close range and was permanently paralyzed from the waist down. The league shut down-play for a few days but the players’ eventually returned to play to resume the playoffs, following this wildcat strike.

While the rest of the NBA playoffs proved to be as entertaining and compelling as always, the biggest takeaway for me was the players using their platform as a forum for many social issues across the USA which also touch many other parts of the world.

Whether it was the messages on the jerseys or league produced public service announcements on televisions, players informed and educated viewers on the importance of voting, education reform, and remembering those who fell victim to unnecessary police brutality.

So while a Lakers’ championship was not what I had hoped for, I believe the 2019-2020 NBA season will be remembered for so much more.  That despite the loss of a pair of key icons of the game, having to finish a season in a bubble, and the social issues being far from resolved, this campaign was more than just about basketball.  It was about building community, promoting unity, entertainment, and education.  And for that, this season will be remembered for so many right reasons. 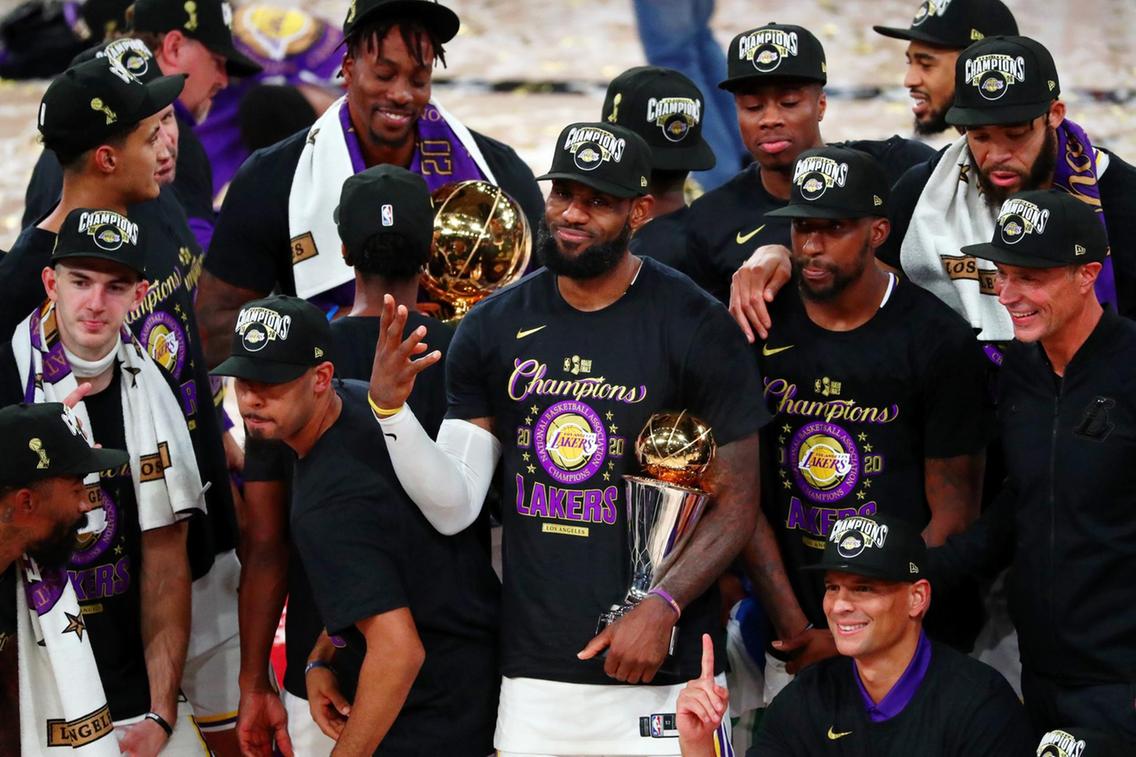