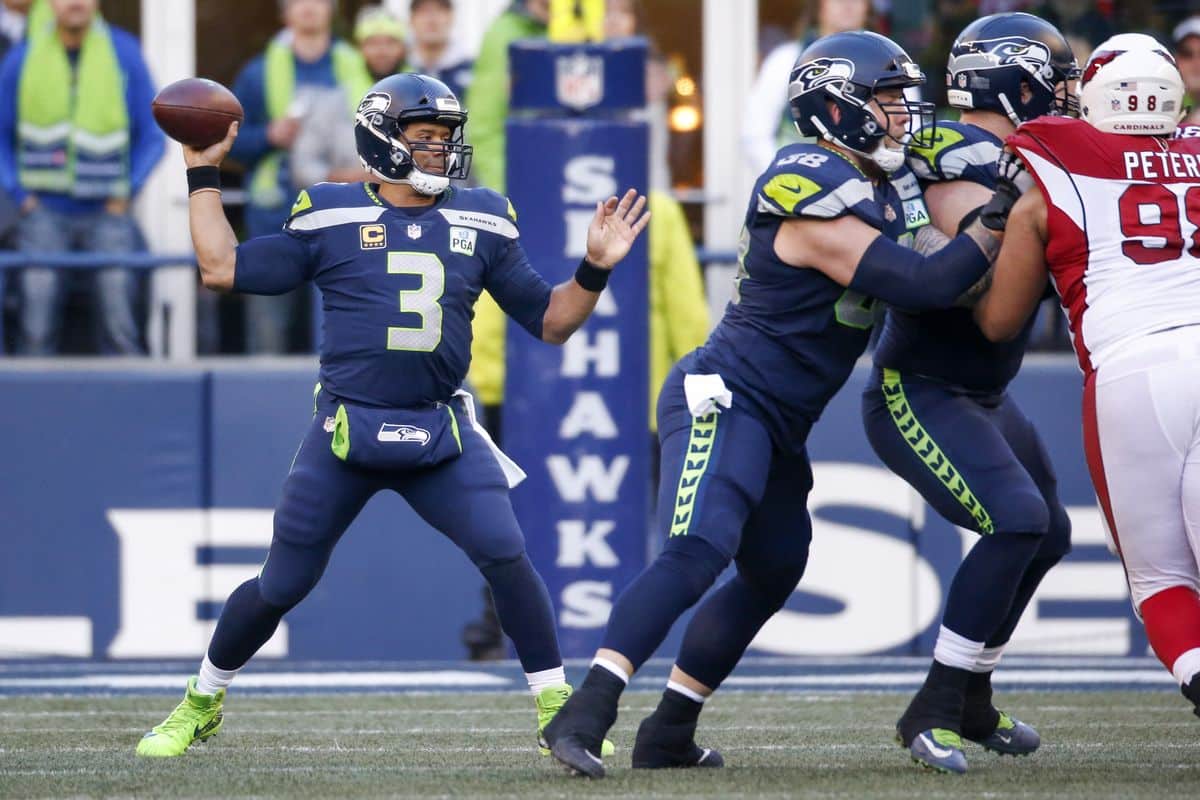 A last minute thriller in Seattle with the Seahawks

Entering week 17, the Seahawks were looking for the win against the struggling Arizona Cardinals to secure the fifth seed in the playoffs. After a convincing 38-31 win over the Kansas City Chiefs, the Seahawks must have felt confident going into this one at home at Century-Link against the Cardinals sitting at 3-12.

Unfortunately for the Seahawks, the Cardinals had decided to show up with their A game and put in a last minute fight. The first half saw the Cardinals defense stagnate that dominating Seahawks run heavy offense to just 63 yards. An early 36 yard field goal from the Cardinals opened up the scoreline to 0-3, with the Seahawks finally answering in the closing minutes of the first quarter. A precision throw from Russell Wilson saw Tyler Lockett literally flip into the end zone with a 29 yard touchdown. His haul for the 2018 regular season stands at 10 touchdowns.

The second quarter saw running back Chris Carson finally able to pick up a little steam. He rushed a 7 yard touchdown in to extend the Seahawks lead to 14-3. Unfortunately for the Seahawks this lead would not last very long. The Cardinals special teams were able to block Seahawks kicker Michael Dickson’s punt and receive the ball on the 27 yard line. Cardinals wide receiver Larry Fitzgerald was there to run the ball for 15 yards into the end zone to bring the Cardinals back into the game at 14-10.

Despite some early set backs in the first half running back Chris Carson racked up another 100+ yard rushing game. This was mainly courtesy of a monumental 61 yard run in the third quarter.  Mike Davis finished off the same drive with a 17 yard touchdown to give the Seahawks a more comfortable 21-13 lead. The dynamic duo of Carson and Davis produced a 98 yard drive with a resulting touchdown in just 5 plays.

Undoubtedly the Cardinals biggest strength in this game were their special teams. They came up with a game changing play again on another blocked punt of Michael Dickson that led to a rather messy scrambled touchdown and a successful two point conversion that saw the score become tied at 21-21.

Entering the fourth quarter, it looked to be business as usual for the Seahawks. The pressure for the win and the need for quarterback Russell Wilson to produce the fourth quarter magic he has become renowned for. A 42 yard field goal from Janikowski saw the Seahawks slip into the lead with 24-21. The Cardinals then proceeded to answer with their own 55 yard attempt to tie things up yet again at 24-24.

The Seahawks left it to the last minute as always to drive it downfield relentlessly. Wilson’s pass to Tyler Lockett at the 25 yard line meant that the Seahawks were in prime position to take the lead and the win in the closing seconds of the game. Sebastian Janikowski soared his 33 yard attempt through the goal posts to end the game at 27-24.

Despite many people anticipating a season of doom for the Seahawks they managed to successfully turn around a 0-2 start. They finish the regular season at 10-6 and will now face the Dallas Cowboys in the first round of the playoffs on wild card weekend.

has published a new post."Hashtag Legend"
15 hours ago