It’s that time of the year again, the season’s finish means one thing, the drama-filled NFL offseason is due to begin on March 1st with the NFL Combine. However, maybe the biggest name on everyone’s lips, once again, is Green Bay Packers quarterback, Aaron Rodgers. The reigning, back-to-back MVP has a huge decision to make which will greatly impact the end of his career and his legacy in the eyes of fans.

Luckily for fans, we will not have to wait long for his decision on will he stay with the team that drafted him? Will he demand a trade to a new franchise? Or will he ride off into the sunset and call it a day on his 17-year career?

Rodgers spoke on the Pat McAfee Show on the 25th of January and expressed how he understands his decision will impact a number of other people’s decisions and “to drag it out past free agency would be disrespectful to the organisation and to those guys and 100% would not happen”.

The bookie’s favourite around the NFL is that Rodgers will return to Green Bay in a new deal which could see him add a further three or four years to his current contract. This seems most likely after Rodgers stated in ‘Any Given Wednesday’ on HBO his desire to finish his career where it started. “I think there’s a lot to be said about finishing your legacy off the right way with one team and it’d be nice to be able to do that.”

However, Rodgers staying in Green Bay must lead to another Super Bowl or his career will be seen as a monumental miscarriage, despite the four MVP awards and the various NFC divisional wins. While he boasts an incredible 133-64-1 regular-season record, his playoff record has not gone so smoothly.

The former Cal quarterback is 11-9 as a starter in the postseason, the wins tying former Dallas Cowboys quarterbacks Troy Aikman (11-4) and Rodger Staubach (11-6). While there are only seven quarterbacks with more playoff wins. Tom Brady (32-11), Joe Montana (16-7), Terry Bradshaw (14-5), Peyton Manning (14-13), Ben Roethlisberger (13-10), and Brett Favre (13-11), the 2005 draft pick has only managed a 1-4 record in NFC championship games and only one appearance in the Super Bowl, which he won. Not the most attractive record for the best thrower of a football we’ve ever seen.

For Rodgers to at least make another Super Bowl the Packers will have to go all-in again, which is easier said than done being $40.1 million over the salary cap before signing any of their key free agents or 2022 draft picks. To make cap space GM Brian Gutekunst will need to cut or trade a lot of the all-in roster of last season to do so.

This does not guarantee the roster will be improved going into next season or Rodgers will make fail another Super Bowl, making it one appearance in 18 years. Quarterbacks like Seattle’s Russell Wilson has one championship but has made it to the big game twice, meaning he has accomplished more in the playoffs than Rodgers, despite the Packers man being a vastly superior player.

Criminally, this will also be how one of the best quarterbacks to ever grace the game will be remembered if he retires before next season. Finishing your career with back-to-back MVP wins is something every player would love to achieve, but this is not what people remember… it’s the wins.

His retirement may lead him to the job of the permanent host on the beloved show Jeopardy, but it certainly will not help how he is compared with his Hall of Fame counterparts. The only way for Rodgers to be held up with the likes of Peyton Manning and Tom Brady is for him to either win another Lombardi with Green Bay or like the two hall of famers, achieve this with another franchise.

There are several teams wishing to enter the Rodgers sweepstakes and prove to him they are the best place for him to cement his legacy as the best quarterback of all time.

The perceived favourite destination for the Packers man is with the AFC’s Denver Broncos. They have enough to trade for Rodgers but will have to give up a king’s ransom to pull it off. Leaving the question, will their roster be better than Green Bay’s after the trade?

Rodgers will have to consider he will also be entering the hardest division in the entire NFL. The AFC West is stacked with the Kansas City Chiefs with Patrick Mahomes, the Los Angeles Chargers with Justin Herbert, and the Las Vegas Raiders with Derek Carr, all of which finished with winning records in the 2021 season.

The problem facing Rodgers’ legacy going to Denver is if he fails to win another ring in the mile-high city he will be compared forever with former Broncos quarterback, Manning, who left the team that drafted him to join the Broncos, where he won his second ring and confirmed his status as one of the greats.

Another AFC team that are heavily linked with acquiring Rodgers is the Pittsburgh Steelers. The six-time Super Bowl winners have a well-respected coaching staff with head coach Mike Tomlin leading the group and a stellar roster on both sides of the field that boasts young, dynamic receivers and several playmakers on the defence who can win games on their own.

However, there are similar problems facing Rodgers in Pittsburgh as in Denver. Firstly, he will have to go through the stacked AFC to make the big game, and failure will also force comparisons between him and Steelers legend Ben Roethlisberger, who won two championships during his 18-year career. Rodgers is obviously better than Roethlisberger, everyone knows that, but sports fans are fickle and failure to win another ring will attract the idea that Big Ben was in fact the better player. Not something Rodgers will be particularly happy with.

No matter his decision we will know soon, and it will be the biggest decision of his career so far. Fairly or not, how we will remember one of the greatest players of all time comes down to the final few years of his career, more so than any other player to grace the NFL. Will he be remembered as one of the greatest to ever do it? Or, as someone with all the talent in the world but who tragically underachieved. Time will tell. 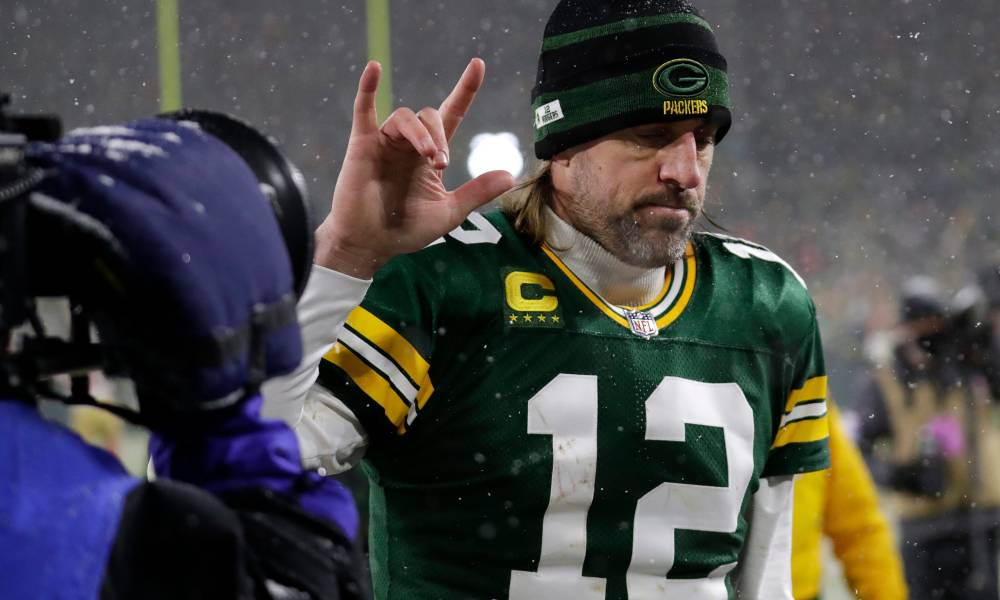