Pittsburgh Steelers quarterback Ben Roethlisberger has retired after 18 years in the NFL.

The announcement came via a two-minute video posted on Roethlisberger’s Twitter account on Thursday, with the 39-year-old saying: “The journey has been exhilarating, fueled by a spirit of competition,”

“Yet the time has come to clean out my locker, hang up my cleats and continue to be all I can be to my wife and children. I retire from football a truly grateful man.”

Big Ben, as he was commonly known, has had a Hall of Fame-worthy career having won two Super Bowls with the Steelers and being named to six Pro Bowls over the course of his career.

Roethlisberger finishes his career with 64,088 passing yards (5th most in history) and 418 Touchdowns (8th most in history). These numbers also make him the most successful quarterback in Pittsburgh’s history.

The Pro Football Hall of Fame announced that Roethlisberger will be eligible for selection in 2027.

“When I think about you, you identify and you represent everything a Pittsburgh Steeler is,” former Steelers coach Bill Cowher said in a video tweeted by the team. “You played with grit, determination and a degree of toughness. I congratulate you on a job well done and without a doubt, I will see you in Canton. Kudos.”

Congratulations on an amazing career @_BigBen7 and good luck in your next chapter. pic.twitter.com/loPuPCkN7U

Big Ben has been loyal to the Steelers throughout his entire career. Drafted by the franchise 11th overall in 2004, Roethlisberger took over the starting job for an injured Tommy Maddox against the Ravens in Week 2 of his rookie season and never looked back.

In a statement, Steelers president Art Rooney II said, “… we are forever grateful for all the success he has helped bring to the organization for the past 18 years. Ben will always be viewed as one of the all-time greats in our team history, and his determination, toughness and competitiveness will be remembered by everyone in the organization as well as Steeler Nation throughout the world.”

Roethlisberger finishes with a career win-loss ratio of 178-91 and one tie. He never once posted a losing season with the Steelers after being selected with the 11th overall pick in the 2004 NFL Draft.

Big Ben won his first Super Bowl against the Seattle Seahawks in 2005, making him the youngest quarterback in history to lift the Vince Lombardi trophy, aged just 23.

He won his second Super Bowl against the Arizona Cardinals in 2009 in a dramatic encounter where he threw a game-winning touchdown to Santonio Holmes with 35 seconds left.

He reached a third Super Bowl in the 2010 season, losing to Aaron Rodgers and the Green Bay Packers.

Big Ben’s last NFL game was a heavy 42-21 defeat to the Kansas City Chiefs in the Wild Card round of this year’s playoffs.

A number of former teammates, coaches and other players have praised Roethlisberger’s career through social media

Ben defied the TB12 Method in favor of the “Throw Some Ice On It” method his whole career, and ended up an all-time-great with 6 Pro-Bowls and 2 Super Bowls. There’s more than one way to bake a cake! https://t.co/ue36KXTHnk 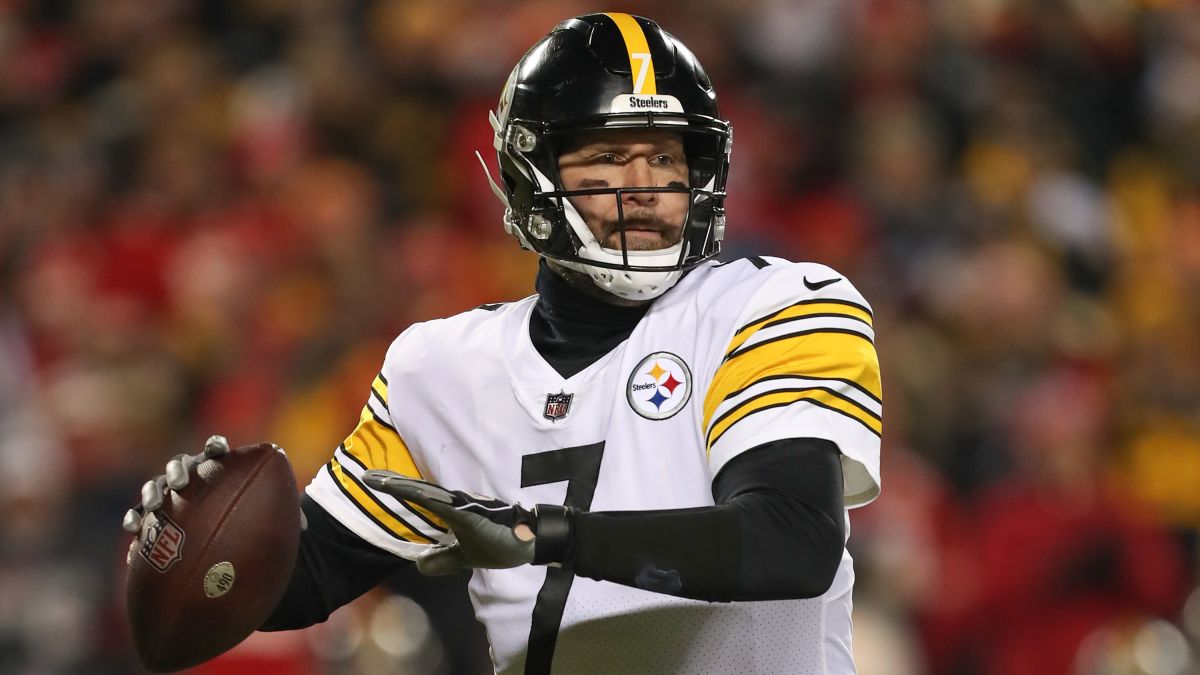