Another Derby weekend has come and gone. Of course, it is only the most important classic of the flat season as it counts for so much moving forward in a horse and jockey’s career. As many will know by now it was Adayar who ruled supreme under Adam Kirby, who many acknowledge was a well-deserved winner of the big race. This year, there can be no doubt as to the best horse on the day, after the farcical performance of Serpentine last year.

Whilst Bolshoi Ballet was a disappointment for Ballydoyle (later revealed he cut himself in the first part of the race), Adayar simply outstayed and outclassed the rest of the field. Kirby, a respected member of the weighing room, was jocked off John Leeper earlier in the week, sending some shock waves through the racing media world.

It was the definition of a great sporting story where the one booted to the sideline ended up with the biggest prize of all. Of course, time will only tell how strong the Derby form is as we progress through the rest of the flat season. Ironic it was to see John Leeper struggling with the undulations of Epsom, a horse who did not handle the track and had far too much ground to make up at the back of the pack.

That being said, he remains with plenty of potentials as he is still a relatively young and inexperienced horse. Two horses I thought ran with great credit were Mojo Star who finished second at a big price under a cracking ride from future star David Egan. Another was Mac Swiney, a hero in the Irish 2000 Guineas, how this horse has bounced back from that monstrous effort to put up that performance is a credit to the horse and to master trainer Jim Bolger.

Turning our attention to the Oaks, I hold my hands up, I did not think there would be another Love in this year’s Oaks. How little I know! Snowfall absolutely tore them apart setting a record for the widest margin of victory since records began.

Whilst it could be said the race slightly fell apart, nothing at all was gaining ground on her in the final 2f. It was immense to see Frankie Dettori back on a classic winner, simply the best in the biggest races. Santa Barbara did disappoint, but it is hardly surprising given how green she was in the Guineas.

In behind, the pace was far too quick which took the likes of Dubai Fountain out of the mix which set it up for Snowfall. The race showed that she can be placed anywhere, go on any ground and has a cracking turn of foot. She is a serious contender for the Arc later in the season and a threat to Love, last years Oaks heroine if both turning up to the same race in Paris.

I did note how excited I was to see Al Aasy in the Coronation Cup. He was far from disappointing but the story of the race comfortably revolved around the winner Pyledriver. William Muir was quietly confident when interviewed before the race, saying he has come on immensely from Newmarket. He was so tough and genuine making a bold move around the outside to take up the running at Tattenham Corner.

The balance he showed when bumping into the rail in the straight before rallying after being headed showed the toughness of the horse. It would be a real mistake to underestimate him going forward. I believe the team how found the ideal trip after running in the St Leger last year where he didn’t quite get home. It truly was a heartwarming moment to watch him win which was accompanied by the pure emotion of jockey Martin Dwyer in the post-race interview.

The Derby festival once again lived up to all of its grandeur and history. The people on course gave viewing a real sense of normality returning on the horizon. There were shocks aplenty coupled with some breathtaking performances. All roads lead to Royal Ascot starting next week where superstars such as the aforementioned Love are set to return along with a host of other headline acts. 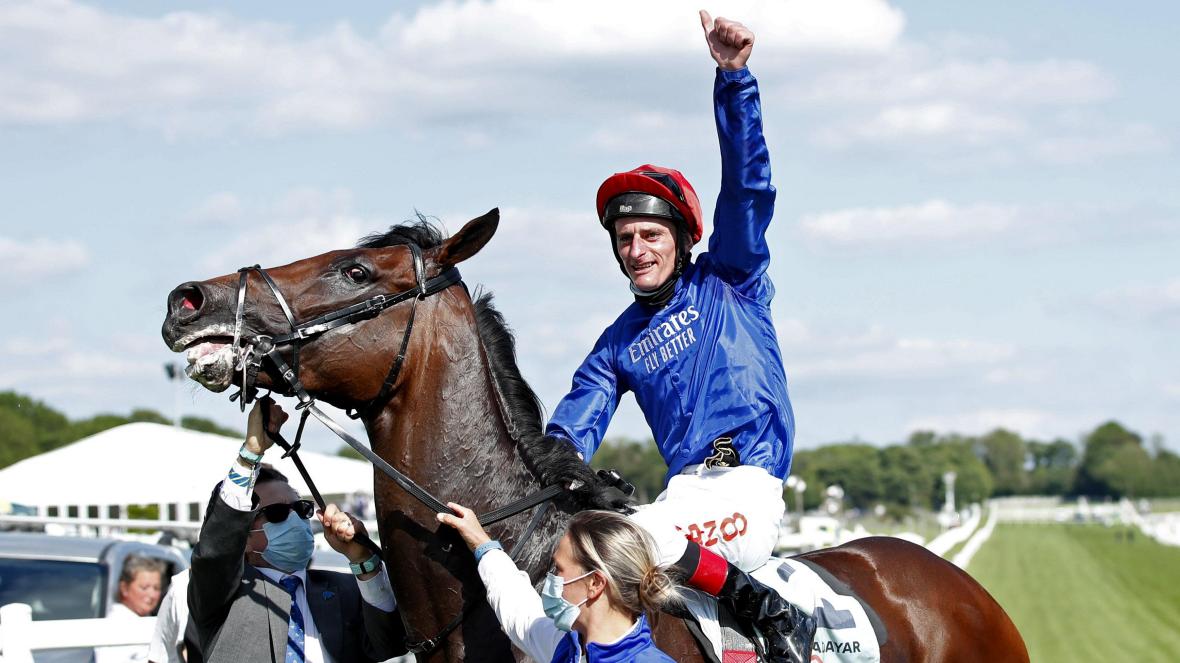