Aussie teams saw their poor form in Super Rugby Trans Tasman continue this weekend, with the Brumbies the only side to scrape a win against Kiwi opposition.

However, despite only registering 1 victory from 5 matches, there were signs of improvement from the Aussie franchises.

We start with the Force who went head to head with Super Rugby Aotearoa Champions the Crusaders. It was the Force who started brightest, with winger Toni Pulu humbling young fullback Will Jordan with a sublime step before crashing over in the corner. Jordan wasn’t to be outdone though, and made up for his defensive miss by crossing with a clinical finish, as the Crusaders struck just before the break to give themselves a 24-14 lead.

The second half was much more of a stalemate, with the Crusaders only adding a 5 pointer to their tally, before England’s young prospect Jordan Olowofela gathered a well placed kick in behind in the 79th minute to deny the Crusaders a bonus point and win the 2nd half for the Force.

Super Rugby TT then headed to Suncorp Stadium in Brisbane where the undefeated Blues faced home team the Queensland Reds, who were coming off of a win against the Chiefs the previous week. This game turned out to be extremely entertaining, and a closely fought contest right up to the final whistle.

A crucial moment in the game was the yellow card to Reds hooker Brandon Paenga-Amosa. Whilst in the bin, the Reds conceded two tries and despite late efforts they were never able to reel in the Blues who closed the game out as 31-24 winners.

We then saw a hotly contested game between the Hurricanes and the Brumbies. This was the lowest scoring fixture of the competition so far and a real arm wrestle throughout, with neither side prepared to give away easy points.

The standout moment was a superb finish from Brumbies centre Len Ikitau, who beat 3 defenders and dived over to extend the Aussie side’s lead and stun the Hurricanes.

The Hurricanes had a golden opportunity to win the game at the death, but unfortunately the usually dependable Jordie Barrett was unable to slot the penalty and handed the Brumbies their first win in the Trans Tasman competition.

The Chiefs bounced back from their defeat to the Reds the previous week by beating the Melbourne Rebels. Anton Lienert-Brown was a standout performer bagging 2 tries in a display that highlighted his All Black credentials.

Among all the Aussie improvement, it was the Waratahs who once again disappointed, shipping 59 points and 9 tries against the free flowing Highlanders from Dunedin. For the second week running, centre Michael Collins dotted down for the Highlanders inside the first 2 minutes of the game.

However the Waratahs hit back, with fullback Jack Maddocks scoring his 28th career try after carving through the Highlanders defence. At the break, it was pretty neck and neck with the Aussie side only 33-23 down. However, it was one way traffic in the second half, with the Highlanders scoring 26 unanswered points and condemning the Waratahs to yet another defeat in Super Rugby Trans Tasman.

After round 4, the Kiwi sides have 18 wins to the Aussie’s 2, with the Blues, Crusaders and Highlanders all still unbeaten with 4 wins from 4.

Looking ahead to the round 5 of fixtures, I can’t see much hope for either the Rebels, the Force or the Waratahs against the Crusaders, Blues and Chiefs respectively. However, with the Hurricanes coming back off of a loss, their might be an opportunity for the Reds to catch them cold. Similarly, despite the Highlanders unbeaten status in the competition, the Brumbies will be buoyed by their gritty victory over the Hurricanes and will have plenty of momentum and confidence going into this round – especially playing at home in front of their own fans!

Do you agree with my assessment of round 4? What do you think of my predictions for round 5? Please comment below with your thoughts. 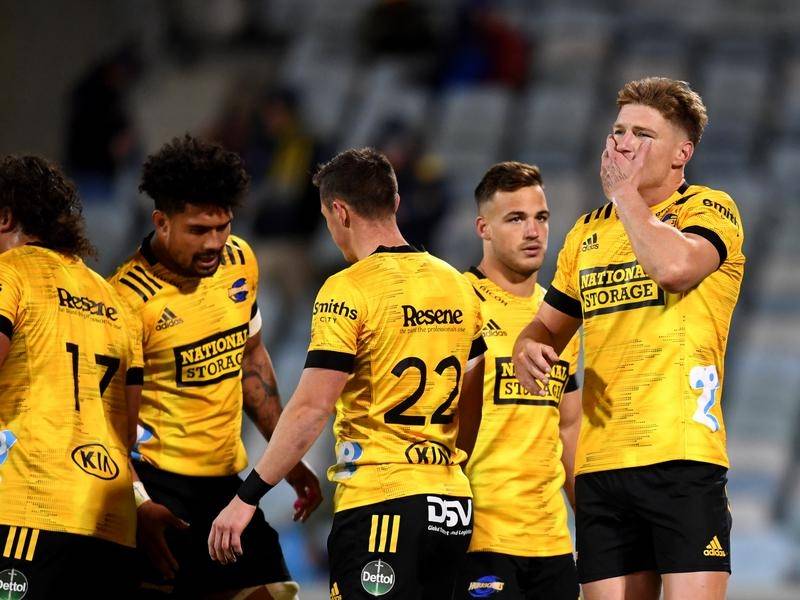