With Derrick Henry set to undergo surgery that will put him on the shelf for possibly 6-10 weeks, the Tennessee Titans will add future Hall of Fame running back Adrian Peterson to their roster.

NFL Network Insider Ian Rapoport reported that the Titans are signing free-agent running back Adrian Peterson to the practice squad and plan to elevate him to the roster.

From @NFLTotalAccess: The #Titans lost RB Derrick Henry for at least 6 weeks and possibly 8 weeks, but they brought in Adrian Peterson to help fill the void. pic.twitter.com/KUixjJn0Kd

Adrian Peterson, 36, last played in 2020 for the Detroit Lions, where he played all 16 regular-season games and started in 10. He tallied 604 yards and seven touchdowns on 3.9 yards per carry in addition to catching 12 passes for 101 yards. He didn’t re-sign with the Lions after 2020 and has remained a free agent through the first eight weeks of the season.

The 36-year-old Texas native has led the NFL in rushing three times, highlighted by a 2,097-yard season with the Minnesota Vikings in 2012 that ranks second in league history.

He hasn’t lived up to that standard since leaving Minnesota in 2017 for stops with the New Orleans Saints, Arizona Cardinals, Washington Football Team and Detroit Lions.

The 2007 first-round pick told Aaron Wilson of Sports Talk 790 Radio in July that he felt ready to make an impact in 2021 despite getting passed over during the initial phases of free agency.

“The training is going well and I’m going to control the things that I can control right now, and, when that time comes, somebody will give me a call,” he said. “That’s all I’m asking for. My body feels good. I came out healthy from last season. My body feels strong. I still feel young. I still feel good. I’m ready to play ball.”

The Oklahoma product added that trying to win a Super Bowl title before retirement remained his goal: “Yeah, I’ve been chasing it for a long time. It would be nice to finally get one.”

Peterson will also get a chance to continue climbing the NFL’s all-time rushing list. He sits fifth with 14,820 yards, which is 449 yards behind Detroit Lions legend Barry Sanders for the No. 4 spot.

Henry handled the vast majority of carries out of the Titans backfield en route to an NFL-best 937 rushing yards and 10 touchdowns through eight games. His primary backup Jeremy McNichols has just seven carries for 38 yards in the same timespan.

Running backs rarely play at Peterson’s age, much less make steady contributions on the field. But Peterson’s obviously no ordinary NFL running back and demonstrated last season that he could still effectively carry a regular workload. 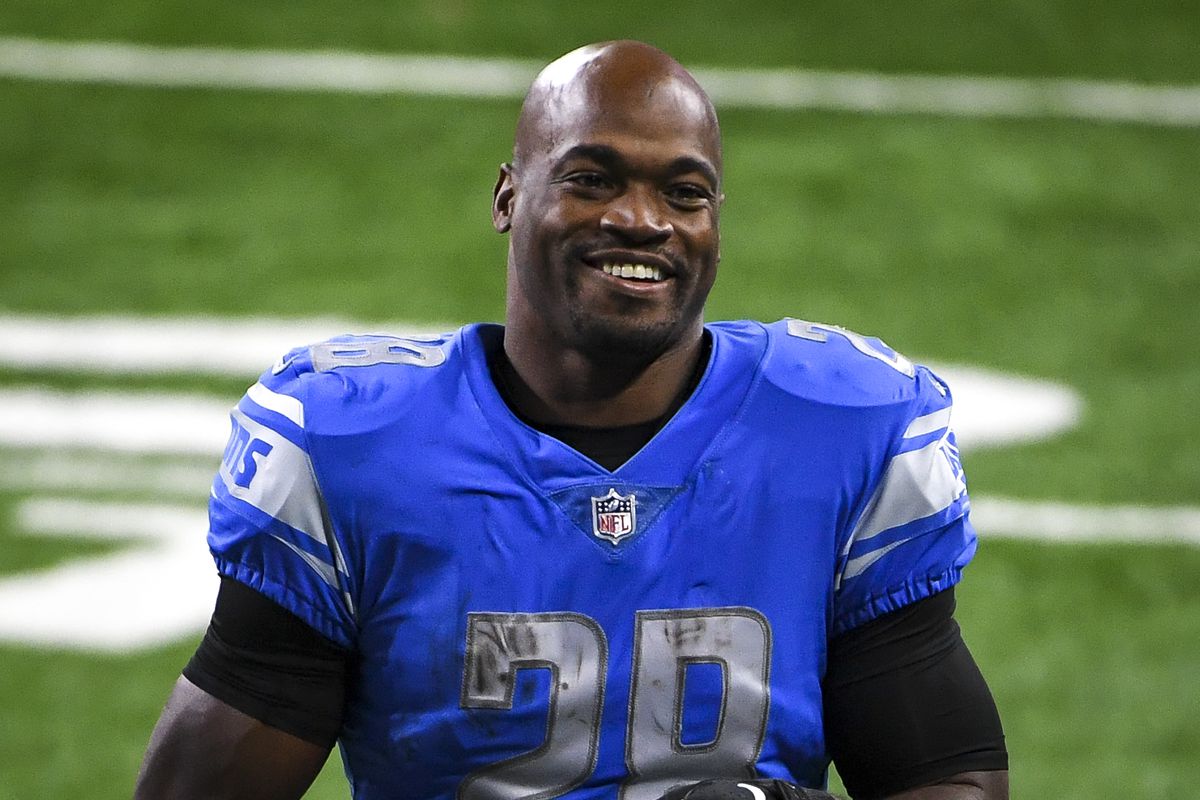