Kenyan police announced that they had arrested the husband of distance runner Agnes Tirop, a two-time World Championship bronze medallist who was found dead at her home.

The country’s track federation announced she had died on Wednesday. She was 25.

Athletics Kenya said the country had “lost a jewel”, while World Athletics President Sebastian Coe said: “Athletics has lost one of its brightest young stars in the most tragic circumstances.”

Her body was found at her home in Iten in western Kenya, a town renowned as a training base for distance runners.

Police said on Wednesday that Tirop appeared to have been stabbed in the neck with a knife.

On Thursday, they said they had arrested Ibrahim Rotich in the coastal city of Mombasa, hours after pleading with him to surrender.

“The suspect has been arrested today evening and is in custody at Changamwe police station in Coast Region,” Tom Makori, sub-county police commander for Keiyo North, told Reuters.

“I can confirm now we have the main suspect in our custody.”

The Directorate of Criminal Investigations said on Twitter that Rotich was arrested after ramming his car into a lorry, saying he was trying to flee the country. 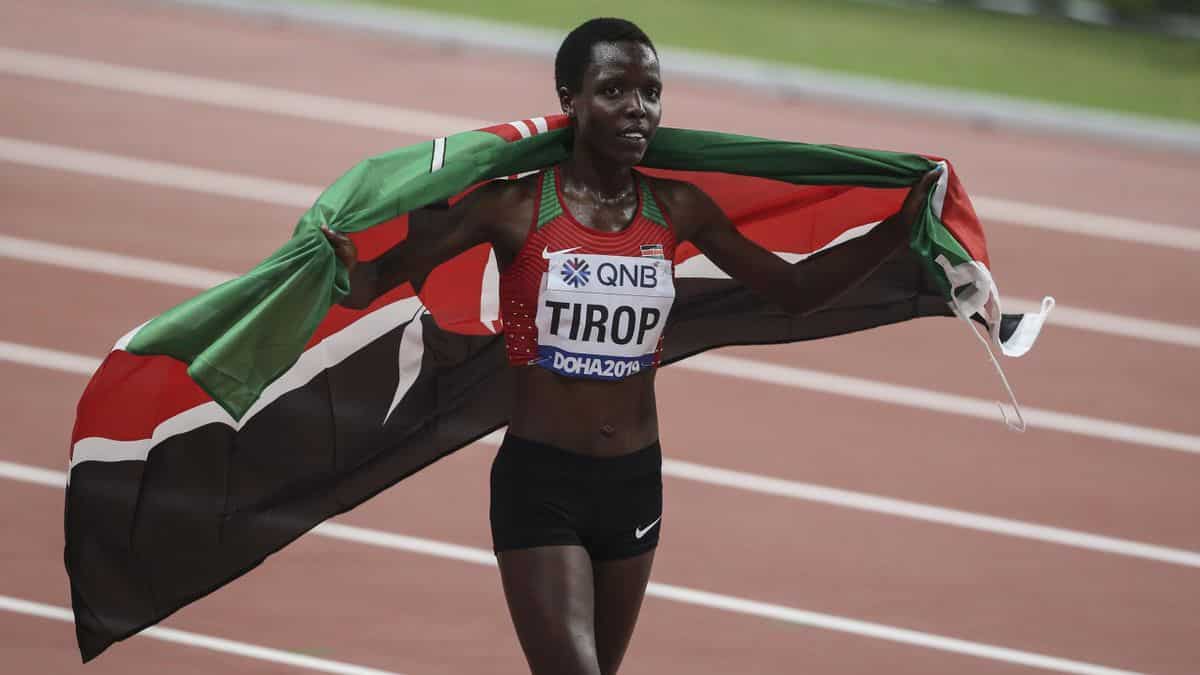