Day Two of the Presidents Cup 2022 saw Sebastian Munoz and Christiaan Bezuidenhout make their first appearances of the competition this year after sitting out Day One, and the Americans saw Kevin Kisner and Billy Horschel make their bow in the 2022 version of this tournament too. Could the Internationals make some more putts on Day Two and try and get back into this thing, or would the Americans, who had Speith, Thomas, Scheffler and Burns and Cantlay and Schauffele playing together again for the second day running, take complete control of this thing heading into Day Three, we would find out soon enough.

So, what were the experts saying, well maybe the international side had a better chance of doing a better job than they did on Day One, Match Six, the first one out on Day Two, looked a good one as Speith/Thomas were up against the Aussie pair of Scott/Davis, and Davis remember was part of the only point their side claimed on Day One too. It would be hard to see past Scheffler/Burns in the next match, especially after they were shocked on Day One, and many expected Kisner/Young to do the business in the match after that.

The final two matchups though could go either way, Matsuyama/Kim was an exciting lineup, and the Japanese player would have wanted to put the wrongs of Day One right, although Cantlay/Schauffele are a tough pair to get past that is for sure, and the all Canadian paring of Conners/Pendrith had a very good chance against Horschel/Homa in the final match of Day Two, Horschel was making his debut in this competition at the ripe old age of 35, brilliant to see.

Another factor to add in is that Four-Ball is a totally different format to Foursomes, and the hosts’ record at Four-Ball was nowhere near as good as the Foursomes, so perhaps the international team could draw on all this, hole a few more putts, and get right back into this tournament heading into Day Three. The Americans though were still going to be hard to beat that was for sure.

Again the matches, in general, were quite close, just like Day One, but the Americans just managed to hole more putts at the right times to edge three of contests, the pairing of Cantlay/Schauffele was 5up at one stage against Matsuyama/Kim as their partnership was looking insanely good, and although the International pair tried to hang in, they eventually went down to a 3&2 loss, although that was the biggest margin of win on the day.

Spieth/Thomas are a wonderful, passionate pair to watch, and they really whip up the crowd into a frenzy at times, and they managed to see off the Aussie duo of Scott/Davis 2&1 meaning they, like Cantlay/Schauffele, had two wins from two in this Presidents Cup, meaning two more points to the Americans already climbing total.

Matches Seven and Eight were very tight, and both ended all square meaning half a point each, so all eyes turned to the final match of the day which saw Horschel/Homa taking on the Canadian pair of Conners/Pendrith. This went all the way to the final hole but the Americans, in keeping with this competition so far, managed to get on the right side of the match and take it 1up, which meant the home side netted another 4-1 win on Day Two, and an overall lead of 8-2 heading into Saturday.

Just like Day One the Internationals had their chances to get more from their games, but they were unable to capitalise when it mattered, whereas the USA side could, maybe a reason why the hosts’ team have nine of the top twelve in their side, small margins make a big gain as they say and the hosts are in total control heading into those two sessions on Day Three.

The afternoon session will then see four more matches in Four-Ball format, these pairings are yet to be announced, but let’s hope by that stage the International side has got some kind of magic to follow the morning session, as they need to pretty much win every game in the morning session to get back into this contest which could be pretty much all over by the time the singles come around on Sunday’s final day.

Let’s hope that isn’t the case, although it’s not looking good for those Internationals right now. 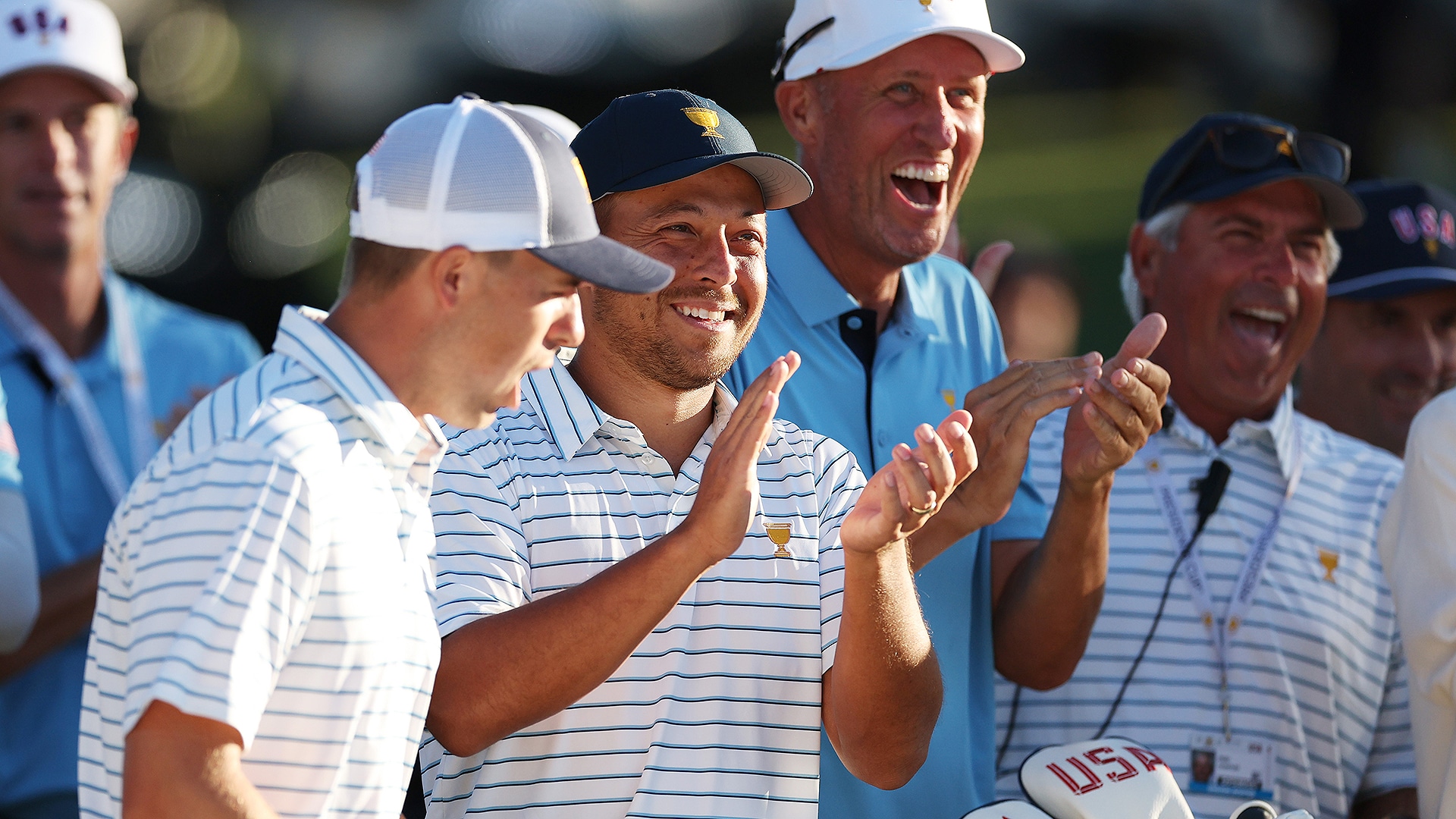