Geelong produced a scintillating performance to claim their first Premiership since 2011 (10th flag) as they demolished a very disappointing Sydney by 81 points.

In what was expected to be a close affair, between the two best sides, turned out to be anything but with the winning margin the equal fifth highest in AFL/VFL history.

The MCG played host to the Grand Final (GF) for the first time in three years – it was packed to capacity with the crowd of 100,024 the biggest, at the venue, since 1986.

They were treated to pre-game and half-time musical performances from The Goannas, Katie Noonan, The Temper Trap, Budjerah, Ngaiire, Mike Brady AM, G Flip and headlined by Robbie Williams. The British artist did a 20-minute set, which included some of his biggest hits, paid tribute to cricket legend Shane Warne before belting out ‘Angels’ and then finished by performing ‘Kids’ with Deltra Goodrem.

Team news saw one change for the Cats, from the side that thrashed Brisbane, with young forward Max Holmes unable to get up from his hamstring issue, despite initial encouraging signs, failing a morning fitness test and replaced by Andrew Parfitt. Their line-up was the oldest team ever in AFL/VFL history to play a Granny.

For the Swans, coach John Longmire made the big call to omit Logan McDonald, in favour of Hayden McLean, and also take the gamble on Sam Reid. The forward had been struggling with an adductor strain and the decision ultimately backfired, as he failed to make any impact before eventually subbed out at the half-time interval.

Tom Hawkins booted the first two majors of the afternoon, which set the tone for Geelong who scored six goals in the space of 21 minutes as they got the momentum and racked up a 35-point lead at quarter-time – the biggest in a GF since 1989.

From then on, the Victorian side never looked back as they kept their foot down, increased their lead at every change and chalked up their 16th consecutive success.

It was a big day for Tyson Stengle (pictured above) – the forward kicking a game-high four snags – who this time last year was playing for the Woodville West Torrens Eagles (SANFL) before being picked up as a delisted free agent and is now a Premiership player.

Speaking to Channel Seven, the 23-year-old said “I didn’t know if I was going to be on an AFL list just 12 months ago. To be in this position today is still sinking in. I’m happy I landed at Geelong and I’m happy to be a part of this team. I’m really enjoying it and having fun. I can’t thank them enough.”

On the achievement, which he dedicated to his late grandfather Kevin who sadly passed away on Wednesday night, the now four-time Premiership player said “A few people were writing us Silver Foxes off, but still a little bit in the tank.”

He went on “This is an unbelievable club. The culture is talked about a hell of a lot. They have a great balance between being professional, but also enjoying your footy and spending a lot of time doing other things. I’m very fortunate I’ve been at two unbelievable football clubs. I consider myself very lucky.”

For Patrick Dangerfield (pictured above), an 8×All-Australian, Brownlow medallist and arguably one the best in the modern era, this was the final missing piece from his great resume.

Talking to Channel Seven, the midfielder said “This is Everest. This is the pinnacle. This is what it means to be content, I think. It’s worth the wait and better than I could have ever imagined. It’s bloody special.”

He continued “We just played such a complete game. It always felt like we had been building throughout the year. Then I think it culminated in today which was a complete performance. So proud of our guys.”

This match marked the 250th appearance for Zach Tuohy (pictured above) – he becomes only the third Irish player to win the big one along with Tadhg Kennelly and Mark O’Connor.

Captain Joel Selwood (pictured below) set a new record by playing in his 40th finals match, surpassing Michael Tuck (Hawthorn: 1974 -1991), in an afternoon that could not have gone any better and culminated with him being able to lift the cup.

Interviewed in the rooms, the 34-year-old said “Man, it’s been … they’re so hard to win. They’re so hard to win. Every side says it, but I think we deserved one. Just been bashing away. We don’t apologise to being up there, having a crack at it each year. So many, please get around all of them. They all have great stories.”

Asked if this could have been his last match, he replied “We’ll see, we’ll speak during the week obviously and I’m ready to go one way or the other but not now, I’m not the emotional type. I’ve always been in the moment, I have always had that mindset to rest at that end. I just haven’t thought too much about that just yet.”

View from the coach’s box

Chris Scott (Geelong): “It’s gratifying as a coaching group when you spend so much time talking about different ‘what ifs’ and trying to set the game up so we could play our style of footy. That is the challenge of the modern game. The quality of the opposition these days; if the game is played their way you are in trouble.”

“Some of our guys in and around the centre bounce did a great job to get the ball forward. We got the match-ups we wanted; we got the look of the game we wanted early which gave our players some confidence. It is nice going out saying this is what it will look like if we have the game on our terms and pretty early on that is how it appeared to us.”

“I have just been so fortunate. I am a huge believer in those sliding doors moments and that the success people have in their life aren’t all their doing. If Leigh Matthews hadn’t of decided to have a go coaching at Brisbane in 1999, I wouldn’t be here.”

“When I started at Geelong, they took a punt on a 34-year-old coach, who had been an assistant for a few years and effectively had no idea what he was doing. But they didn’t say “We are going to throw you to the wolves and see how you go”, they shepherded me through and that has continued over the last ten to twelve years.”

“We fully recognise that we’ve taken a contrarian view around list rebuilds and list management in general. We never had any intention to prove people wrong or argue against their point of view. Their point of view was logical for the most part, but it does feel like it’s been a really long, challenging road.”

“No aspect of the game looked like the way we wanted to play and we hardly got anything right, from the selection of Sam to the way the game looked, we just didn’t get it right. Normally we give our supporters what I think is pretty good value for money, and physically, mentally we just didn’t give ourselves a chance to do that.”

“They had 12 players 29 and over, it was an experienced, hardened team as you’ll come up against and they handled it that way. We didn’t. We didn’t have our heads in the game from the very start. We weren’t able to think clearly or perform at that level we should have.” 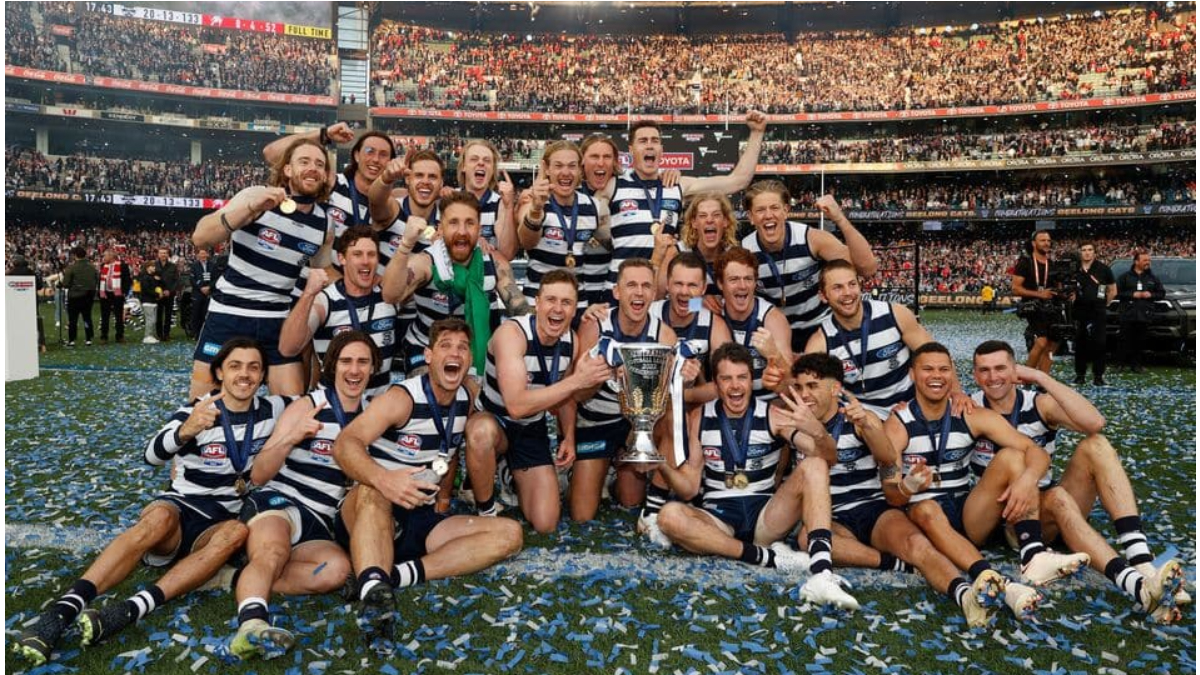