Coming into this season, many would have argued that the San Francisco 49ers were a one-season wonder. Two years after their 13 & 3 Super Bowl run, and 12 months after a disastrous 6 & 10 follow up, the Niners are now 6 & 5, and are now once again part of the conversation for the postseason.

The most recent demolition of the Jaguars was reminiscent of the start of the 2019 season when their dependable, run-based offence and defence stonewalled the opposition – a theme that has run through many 49ers games this year – as they free scored their way to close to 14 points in a quarter in every game except against the defensive powerhouse Philadelphia Eagles.

That’s encouraging for the Bay area team. One of the cornerstones of Kyle Shanahan’s Super Bowl run was a strong defence partnered with an offence that wasn’t afraid to take time out of the game, run the ball, and wear teams down on their way to the end zone.

What do we make of this season?

The only team above .500 that the 49ers have beaten this year are the LA Rams. However, the Rams have a new quarterback who is currently struggling, and a top-five defence that failed to bed in Von Miller.

Aside from that, the opponents the 49ers have beaten this season have combined for an impressive 11-33-1 as we move past thanksgiving.

That’s the problem for the Niners. They have beaten worse-performing teams, and do nothing to quash the accusation that they can’t beat a big-time team.

That aside, they ran through Jameis Winston’s Bucs, Andy Dalton’s Bengals, the Browns, Panthers, Cardinals twice during Kyler’s first season, Case Keenum’s Washington and a last gasp, controversial victory to dump the Seahawks into the Wildcard.

This season the Niners arguably have two more “easy” matchups against the Falcons and Texans and could take victories over the Titans or Bengals in the run-up to the playoffs.

However, last year after their super bowl run, the Niners faced Drew Brees’ Saints, the rejuvenated Green Bay Packers, and the Philadelphia Eagles, all of whom they lost to on their way to a .375 season. A record that becomes more embarrassing when we consider it included matchups against both New York disasters, as well as the Dolphins, Washington, and Cowboys, all of whom had quarterbacks with losing records. And the New England Patriots, who had just lost their six-time Super Bowl superstar.

Although Minnesota are in the playoff picture, they also have fundamental problems in their team, namely Quarterback, Kirk Cousins. So we may not be able to read too much into the 49ers win over Vikings this weekend too much.

Vikings games can go either way. Kirk Cousins’ record as Minnesota QB is 30-27-1 and for every three touchdown, 300+ yard, 121 passer rating performance against Green Bay, there is a 240 yard, 2 TD, 1 INT showing against a team that the Vikings should be beating.

San Francisco’s own choice at quarterback is also something that needs to be settled now. Jimmy G’s injury at the start of the year may have opened the door for Trey Lance to come in, but he was anything but convincing.

Watching the game, the play-calling seemed predictable. Deebo is the only offensive weapon used with any regularity. Although Eli Mitchell made a rare star, for once not carrying an injury, Kittle has only been targeted six times in the last two games, Aiyuk has anywhere between eight and no targets every game depending on how Garoppolo is feeling, and the only other player with more than 200 yards from scrimmage is Kyle Juszczyk.

The Vikings figured out the Niners pretty quickly. Play action, screens and sweeps, running the ball until it didn’t work anymore. It wasn’t a hard game for the defensive play-caller. But there was no plan B. The 49ers had eight 3rd-and-long downs over the course of the match and if it wasn’t for pass interference calls helping them move the chains, San Fran could well be 5 & 6.

Despite that, this 49er team have potential. The franchise took a leap past its doldrums of losing seasons to make the Super Bowl in 2019 with largely the same personnel. If San Francisco were in a rebuilding phase then such a win would have been great, but they are now Super Bowl underdogs, and to solidify their place in the offseason, their offence needs more bite. 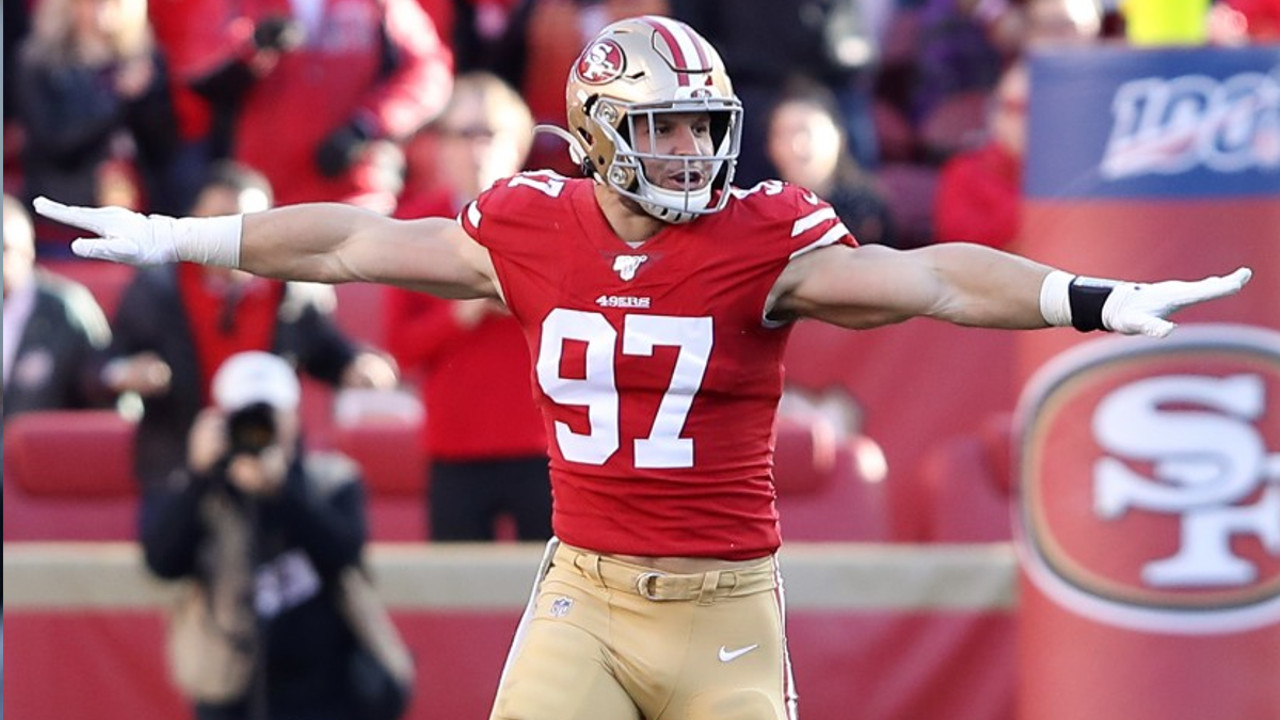