Royal Ascot returned to our screens last week for five days of the glorious sport. One of the many trial events for re-opening the British summer and beyond, it could not have gone any better from the outside looking in. The ITV team did a tremendous job broadcasting every single angle of the event which led to praise both inside and outside of the industry. The week had many great highlights as stars slowly emerged to take over the flat season. I take a look back on some of the moments of the week.

Love did conquer all

As you may have guessed from a certain horse featured at the head of this piece, Love did not let the 300-day lay-off get in the way of claiming the Prince of Wales’s Stakes to add to her already impressive resume. In her first try over 1 Mile 2 Furlongs, Love repelled the persistent challenge of Audarya coming up the home straight. Knowing afterwards that she was around 80% ready according to trainer Aidan O’Brien, one could not help but be impressed. Ryan Moore often gets a lot of criticism thrown at him, a lot of it immensely unfair. The ride showed you why he is Ballydoyle’s number one.

He got the fractions bang on, dictating things from the front given the lack of pace there was in the race on paper. In a high-pressure moment, there are few who deal with it like Moore. Love herself has all of the major mile and a half races in front of her as all roads would seem to lead to the Arc in Paris in October. Let us pray the ground is not too testing come the Autumn and we can see her against all of the best horses from around Europe.

Subjectivist destroys the field in the Gold Cup

It has been one of the talking points from the week regarding Stradivarius not winning this contest. Unfortunately, he was stuck in a pocket and this time got out when it was far too late. That being said, it has been accepted by the vast majority of the racing world that even if he did get a clear run, no one was beating Subjectivist.

He sat up with the pace out of traffic which turned out to be an incredibly smart decision by jockey Joe Fanning given what happened as the vast majority of the field turned for home. The horse absolutely pulverized the field as he stretched clear of them all the way to the line. It was great to see Mark Johnston have a big winner in a Group 1 race at the Royal meeting, a man who is simply a legend in the game.

When looking back on the horses form, the step forward taken in Meydan always had a question mark by it. Both by the history of Dubai races and the quality of opposition he beat that day. It is with no doubt that the horse has taken a dramatic step forward from last season, despite winning Group races on both sides of the Channel in his previous campaign.

What is even more exciting is an idea of a re-match of both Subjectivist and Stradivarius later in the season where we can definitively gauge who the champion stayer will be this season. I for one cannot wait!

One of the more poignant wins last week had to be the Teal team for aiding July Cup winner Oxted in getting his biggest prize to date. Cieran Fallon Jr being back on board seemed to create murmurs of a huge run, on and off the track. The race unfolded exactly how he would have wanted for a horse that does stay further than the five furlongs.

It was a frightening pace to aim at and even watching on the TV it was easy to see that surely they had to come back to the horses in the rear. The main story going into the race was the return of Battaash who was coming off a less than ideal prep, having suffered an injury setback over the winter.

The mid-race move by jockey Jim Crowley is perhaps one he may like to have back as it seemed to use most of the petrol up in the tank of last years winner. That is to take nothing away from the winner who was ridden to perfection, delivered in plenty of time as he cut through the field to win decisively. It shall be interesting to witness this mouth-watering re-match, similar to the one discussed above, now that Battaash is ‘match fit’.

Murphy was always made of tough stuff

Wrapping up highlights of the week can only go to one man, that being Champion jockey and top rider of Royal Ascot, Oisin Murphy. To lose in the manner he did on Dragon Symbol in the Commonwealth Cup for it only to get brutally taken away from him in the steward’s room would have knocked down many a jockey.

Of course, opinion is divided over the decision, the horse did interfere with Campanelle who was the mount of Frankie Dettori. Whatever you thought the decision should have been, the ride he gave Alcohol-Free half an hour later in the Coronation Stakes is what sport is all about, overcoming adversity. People doubted the daughter of No Nay Never to get home over the extended mile coupled with the awful conditions underfoot.

Murphy delivered her to perfection as he often does. You could see what it meant to him after the line along with becoming top jockey for the week. We are incredibly lucky to have a Champion like him who is so young and hungry for success. It is our job to admire and encourage such behaviour which often people in the game fail to do.

Ascot showcased why it is one of the greatest sporting events in the world with a scene like no other. Long may it continue. 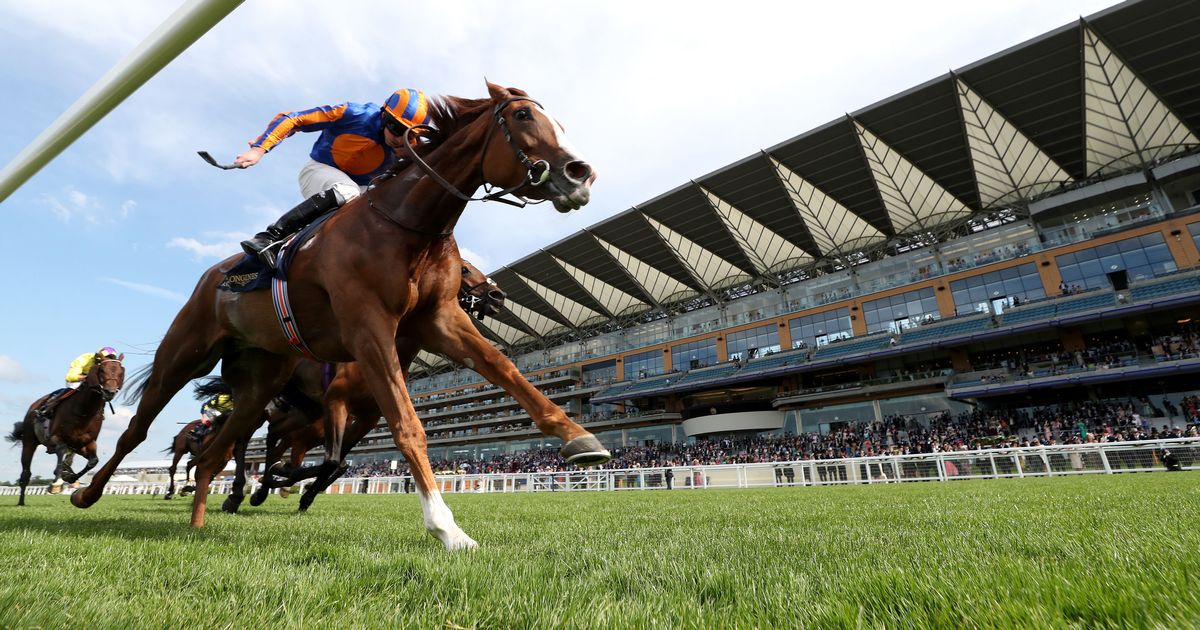