Everyone thought that Daniil Medvedev will be the guy who will stop Djokovic from winning his record-ninth title at Melbourne Park, but Djokovic had other plans. In the most brutal of the manners, world number one Novak Djokovic easily and comprehensively beat Daniil Medvedev. Djokovic was in a ruthless mood and is still unconquered in the finals at the Australian Open.

There were plenty of things at stake. The world number one is into his ninth Australian Open final with history on his side since he hasn’t lost a single final in those eight previous matches. While the Russian was on a twenty match winning-streak, just like Naomi Osaka who went into the final on a twenty match winning-streak and made it twenty-one matches in a row by lifting a second Australian Open title.

With all the hype, enthusiasm, drama, and making of the dream and competitive, Daniil Medvedev looked set to play the role of the ‘Challenger’ and to do the impossible in the final but that didn’t happen and in fact, it turned out to be a very short final.

Nervy start for the Russian

It was all smiles before the final but Rod Laver Arena quickly become an intense field.

A ‘clean start’ to the championship. Novak Djokovic spanked a 201 km/h ace to begin the final and comfortable hold to his serve. Daniil Medvedev lost his opening serve as the world number one broke him. A quick start for Novak as he raced from 1-0 to 3-0 in 8 minutes.

Well, a nervy start at the beginning of the match for the Russian but soon the nerves got back. The fourth game started with a bullet return by the Serb, but after that return, the momentum seemed to swing in the Russian way. Winning the game and then breaking Novak back.

Then the most-competitive play of the match started. Djokovic had the edge and experience of the Grand Slam finals but the younger player just could not let the senior man go.

After 5-5, it was the Serb who was first to 6 games. In the twelfth game, to avoid the tie-break, Djokovic raised his game to earn himself three set points. After saving the first two, Medvedev caused the forehand error and Novak took the first set 7-5

After the first set, it looked like we are going to have a thriller of a final but that didn’t materialize. Djokovic had other plans.

Although the second set was started with a break of serve of Novak the top seed immediately returned the favor to level terms.

Break a piece by both players. It was Russian who first broke Novak but the world number one immediately breaks back and then raced to four games in a row.

Still a competitive match at that stage but suddenly, Medvedev lost his cool and control and smashed his racquet on the floor of the Rod Laver Arena. The change of racquets couldn’t turn the fortunes of the Russian as he lost the second set 6-2.

42 minutes for the first set but it only took reach a scoreline of 6-2 after just 35 minutes.

Novak and Melbourne’s affair goes on

3rd set started and it started with Djokovic hitting a couple of double faults and giving Medvedev an early opportunity to break the serve. But, as on countless occasions at Melbourne Park, Djokovic survived and hold the game

Novak broke Medvedev the next game and looked well set to lift his ninth AO title and raced to a 3-0 lead in under 10 minutes and it only took 36 minutes in the third set and a total of 1 hour and 53 minutes to lift the ninth AO title and his unbeaten record in semifinals and finals in Melbourne is preserved.

He also joins Nadal atop the list of Open Era players for most slam wins aged 30 or older, with six apiece.

Race of the most Grand Slam titles is on again

Australian Open is ended but we are left with the race to the most Grand Slam titles.

With his 18th Grand Slam title, Novak Djokovic is just two shy of most Grand Slam titles currently held jointly by Roger Federer and Rafael Nadal. With players like Dominic Thiem, Stefanos Tsitsipas, Alexander Zverev, and Daniil Medvedev ready to pounce on the Big 3, Djokovic looks set to surpass both of his rivals.

Up next is the French Open for which Rafael Nadal is all set to defend his title. 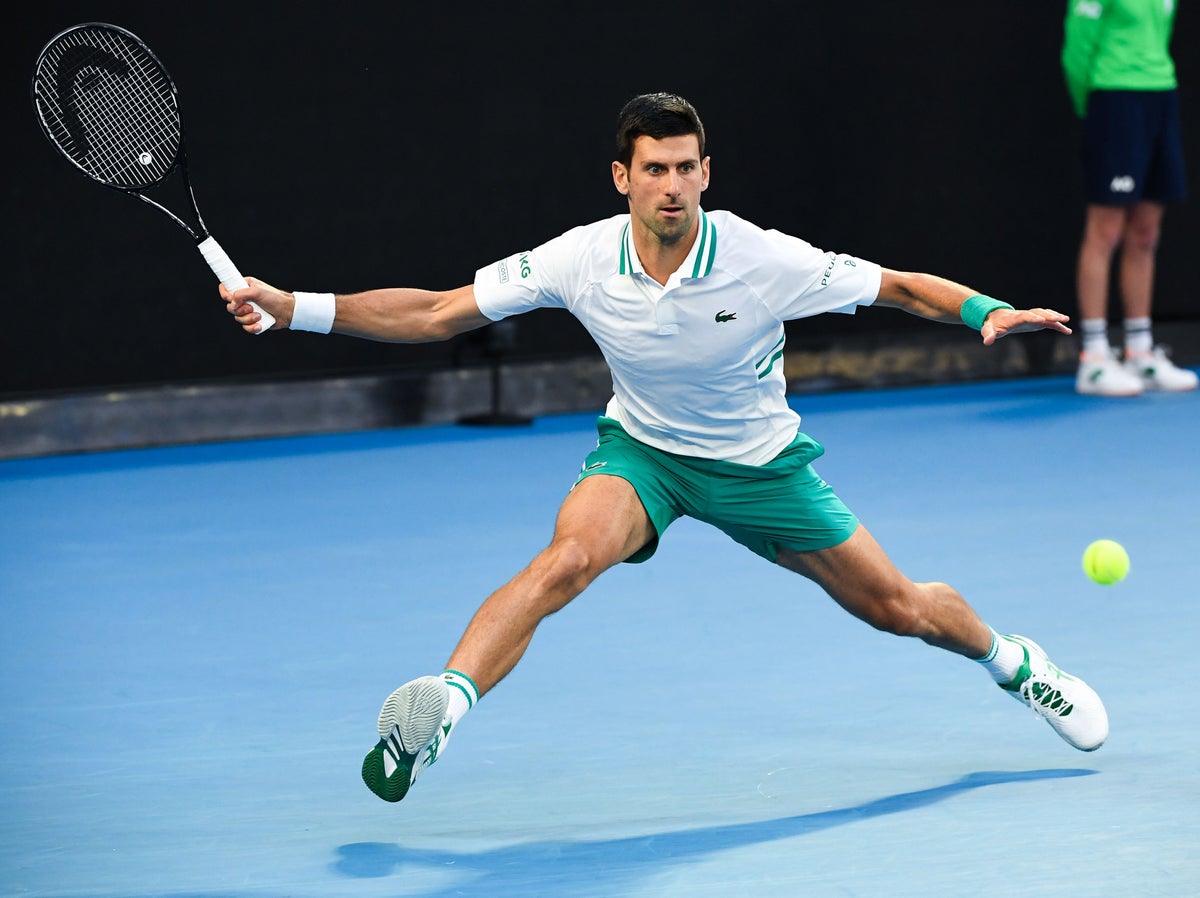