In case you haven’t heard; after just one season the Tampa Bay Buccaneers have decided to cut ties with quarterback Josh McCown.

McCown didn’t live up to expectations in 2014, only threw for 11 touchdowns, compared to 14 interceptions in 11 games with the Buccaneers. He also only managed to win one game for Tampa Bay this past season. That game was a 27-7 win over the Washington Redskins, where he completed 15 of his 23 passes with a total of 288 yards with one touchdown and two interceptions.

Although 2014 was disappointing, McCown has past success with the Chicago Bears. In 2013 McCown played eight games in Jay Cutler’s absence. In those eight games McCown completed 66.5% of his passes for 1,829 yards, and 13 touchdowns compared to one interception.

With some teams still in need of a quarterback, McCown could very well find himself on a roster. These are some possibilities of where the veteran quarterback may be playing next season.

In 2013 the Bills decided to use their first round draft pick on EJ Manuel out of Florida State. During his rookie season, Manuel played 10 games and threw for 1,972 yards. He also threw for 11 touchdowns compared to just nine interceptions.

Manuel was benched after playing the first five weeks of the season. His replacement was Kyle Orton, who lead them to an 8-8 record on the season. Although Orton found success with the Bills, he decided to retire after the season.

Now with only EJ Manuel on the roster, who has yet to prove himself, the Bills are in need of a quarterback. McCown could be a veteran to a relatively young Buffalo Bills offense.  He would also have a young deep threat in Sammy Watkins to throw the ball to.

Oh there’s a quarterback available? The Cleveland Browns must be interested.

In all seriousness, Brian Hoyer proved to the Browns that he has the ability to win games. There is only one problem, and that is Hoyer really struggled in his last few starts for the Browns this past season. Throughout the first nine weeks of the season Hoyer only threw four interceptions. During his last five starts, Brian Hoyer threw nine interceptions compared to only two touchdowns.

With Hoyer heading to free-agency, it is currently unclear if he will return to Cleveland next season.

Cleveland also has a quarterback who they drafted in the first round, with the name of Johnny Manziel. In his first start as a pro, Manziel failed to prove anything. Throwing 10-18 for only 80 yards and two interceptions Johnny “Football” certainly didn’t have the pro debut most expected. In his second start, Manziel got injured trying to run the ball.

With a small sample size from Manziel, It may be in the Browns best interest, if they don’t draft Mariota, to pick up McCown.

Tennessee finished the 2014 season with a record of 2-14. They currently have the third pick in the NFL draft, but they have bigger needs to fill rather than drafting a quarterback early first round.

Jake Locker played seven games this past season, but didn’t really prove much to Tennessee. Locker completed 58.9% of his passes, throwing for 993 yards, with five touchdowns and seven interceptions. Locker has also been injury prone throughout his brief NFL career, so he may not be the long-term option the Titans need.

Last year the Titans drafted Zach Mettenberger out of LSU in the sixth round. Mettenberger impressed, throwing for 1,412 yards, eight touchdowns, and seven interceptions in seven games. Only problem is he couldn’t manage to win a single game. Putting better pieces around him would certainly help, but it is definitely a concern.

McCown could make an impact on the Titans offense, bringing in veteran leadership, and experience.

If McCown lands on any of these teams he wont necessarily be a long-term option, but he could be a nice short-term option. Or if he goes to a different team, McCown could be a very good backup as he proved in Chicago when Jay Cutler went down. 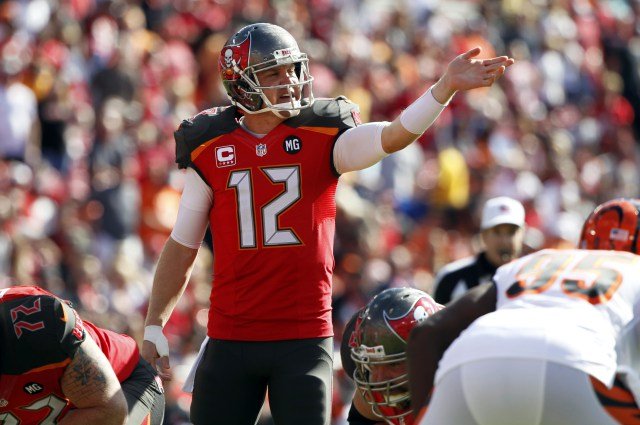