The Tampa Bay Buccaneers sinking ship reached the end the season with two wins and fourteen loses, with six of their losses coming from the worst division (NFC South) in the Nation Football League. Even though the Bucs had a terrifying record, they were in contention to make the playoffs most of the year, with only being two games back from the lead in the NFC South. Unfortunately, they were unable to get any wins to pass the Falcons, Panthers, or Saints in the standings.

So, what do the Bucs need to do this offseason, in order to sail back into the playoffs?

The Bucs need to make the right choice on the franchise quarterback they choose with the first overall pick, fix the holes in the O-line that was just revamped last year, getting a pass rush from the outside, safety help and getting someone to play the nickel back position, plus secondary and defensive linemen depth.

The Bucs were third worst in total offense, (25th in passing & 29th in rushing) only better than the Oakland Raiders and Jacksonville Jaguars. With the first overall pick in this year draft, the Bucs will finally be getting a franchise quarterback, if it’s either Marcus Mariota, Jameis Winston or Brett Hundley, if the Bucs decide to trade down (which I believe the Bucs could do if someone gives them the right package).

If I were seating in the war room while the Bucs are on the clock, I would be screaming to pick Jameis Winston. The reason why, is because Jameis Winston is a better fit for Tampa, for the reasons that he lives and plays in Florida, has the availability to sit in the pocket with pressure and throw in tight windows with accuracy, as well as having the capability to scramble and make plays on the run.

Now, I’m not saying Marcus Mariota is not worthy of being the first player off the board, or is worse than Jameis Winston. I just believe that Winston is more NFL ready, as Mariota needs time to develop in a system made for his capability.

The Bucs revamped their whole O-line last year, only keeping one starter from last year, Demar Dotson. Keeping Dotson turned out to be an absolute treasure as getting rid of C/G Jeremy Zuttah was one of the dumbest decision the Bucs made last offseason. Demar Dotson started the season as the right tackle, but then changed to left tackle as Anthony Collins struggled and under performed.

Anthony Collins and Center Evan Dietrich-Smith were both signed in free agency; with Smith performing least then was expected of him, as Collins was honestly the worst tackle in the NFL.

The Bucs then traded TE Timothy Wright and a 2015 fourth-round pick to the Patriots for Guard Logan Mankins, which turned out not to be an awful trade, as Mankins brought leadership to the O-line, but couldn’t get to comfortable away from New England.

Now, the Bucs need to revamp the O-line once again. The Bucs need to cut Anthony Collins before March 12 to save $3 million towards the 2015 salary, or pay him $6 million just to sit on the bench.

The Bucs should keep Dotson, Smith and Mankins in their same positions. Then, the Bucs should bring in Tackle Doug Free, Guard Mike Iupati, Guard Orlando Franklin or another tackle/guard in free agency, and draft an offensive lineman with their second pick.

On the defensive side of the ball, the Bucs need to establish a pass rush from the outside, since they have the middle solidified with Clinton McDonald, Gerald McCoy, Da’Quan Bowers and Akeem Spence. The Bucs sought to gather a pass rush last year, but failed to, as they brought in another bust in free agency, DE Michael Johnson.

What the Bucs can do to repair their defense and secure the holes in the defense is bring back Mason Foster as the Middle Linebacker, place Danny Lansanah as the strong side linebacker, since Lavonte David has the weak side linebacker secured. The Bucs have plenty of depth at the linebacker position with Dane Fletcher and Orie Lemon.

Then the Bucs need to bring back Da’Quan Bowers to play on the inside on the defensive line and bring in an outside linebacker/ defensive end to rush the passer, keep Michael Johnson for another year since $7 million is owed to him no matter if the Bucs cut him or retain him, plus the Bucs need the depth at defensive end . On the upside, the Bucs found a buried treasure from the Bills, in Jacquies Smith.

When it comes to Tampa’s secondary, the Bucs have found their two safeties in Major Wright and Bradley McDougald. So, the Bucs need to have Dashon Goldson walk the plank and bring in someone to play the nickel back position as well as depth in the secondary.

The Bucs will have a list of talent that they could sign at the safety and cornerback position for depth in free agency: 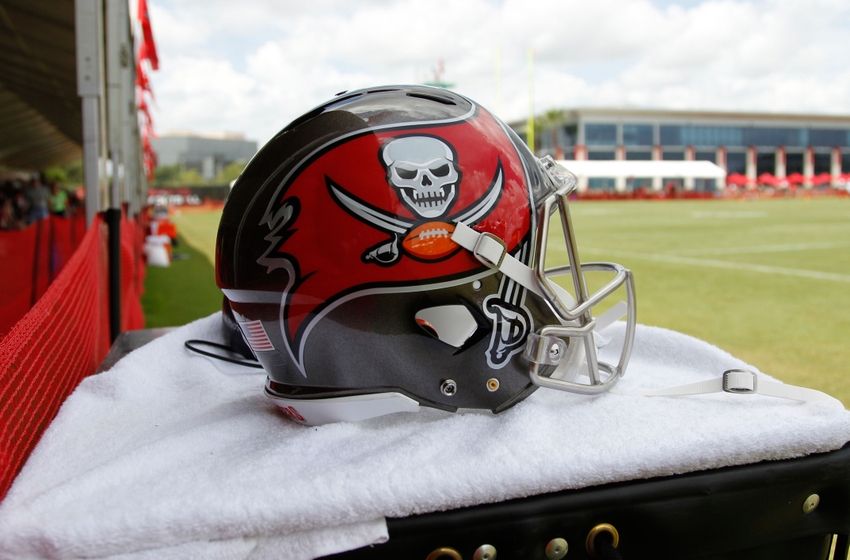