Emma Raducanu was knocked out of the second round of the Australian Open, by Danka Kovinić 6-4,4-6,6-3.

The Brit came into today’s contest, having battled through her first-round match against Sloane Stephens. But having raced into a 3-0 lead, the 19-year old was also struggling with a blistered hand, which started to affect her serving, after the medical time-out.

The Montenegrin took advantage of this and got the double break back, while the Brit continued to struggle with her forehand side. She then claimed the first set 6-4 by breaking the US Open champion’s serve.

These were testing times for Raducanu, as she looked as though she had the match under control in the early stages, but now she was a set down. But the blisters we clearly starting to affect her, particularly on serve.

However, as all Grand-Slam champions do, she responded brilliantly in the second set by opening up a 3-1 lead, using predominantly her backhand. she then made it 4-2 roaring out a huge ‘come on’. She then had breakpoints to make it 5-2, but the Montenegrin stood firm with the serving and brought it back to 4-3.

Raducanu grimacing with the injured hand, came up with another two break points at 4-4, making her serve out the second set.

And she took it by 6 games to 4, shaking her blistered hand.

It was at the stage where people, particularly Brits, were dreaming of a miraculous comeback from the 19-year old, but she began to look fatigued as Danka Kovinic rose to the occasion in the final set, breaking serve at 3-1 before clinching it by six games to three.

Even though Emma had shown tremendous grit to play with an injured hand, it was still a sad sight to see her exit the first Slam of the year in that fashion.

Meanwhile, the 27-year old praised Raducanu for her first year on tour.

“It was a really nice experience to play Emma here and make the third round of a Grand Slam for the first time after many years,” “Emma has had amazing results, winning a Grand Slam at such a young age. She is an amazing talent. I’m just so happy I could play such a high level. “I was a little bit low in my energy through the third set so I tried to focus on myself, not show much emotion, and save my energy.”

in the post-match press conference, Emma was quick to point out that COVID and lack of preparation may have played a crucial role in her performance at this year’s Australian Open.

“It has been a challenge, for sure,” “The past few days I have been really hindered in my practice and couldn’t hit any forehands or serves at all. “Some people in my team didn’t really want me to go out there. I wanted to go and fight and see how far that would take me.” “I was probably tougher than I thought in terms of playing through that much pain”. “I also learnt that I have got some hand skills, even though some people tell me I’ve got the hands of a bricklayer,” “If I can use these sort of hand skills, and improve it going forward and mix it with my aggressive game, I think I can be pretty dangerous.”

Meanwhile, despite Andy Murray fighting back on his Australian Open return, he was beaten in straight sets 6-4, 6-4, 6-4, to Qualifier Taro Daniel.

“When you know you’ve not got many years left it is frustrating,” “I put a lot into the off-season for practising and preparing, hopefully to not play like that in the big tournaments.”So it is especially disappointing when you perform like that.”

Meanwhile, there is still some British interest left in this tournament, as Daniel Evans had a walkover in his match, with Frenchman Arthur Rindernech. He will play 8th seed Felix Auger-Aliasime from France in the next round.

How far can he go in Melbourne? 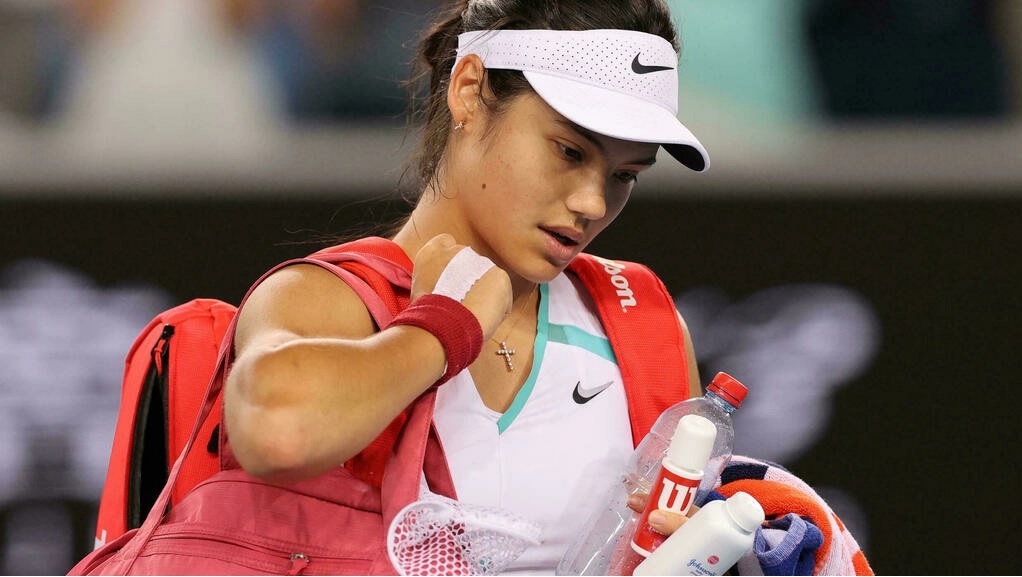