In the wake of a devastating injury to Australian Phil Hughes, West Indies legend Brian Lara insists the injury is a rare occurrence and hopes that there will be no major changes to the way fast pace bowling in delivered.

Yesterday Hughes was taken by ambulance to St Vincent’s Hospital in Sydney after the incident on day one of the match; he was on the receiving end of a bouncer from Sean Abbott.

Hughes suffering a sickening blow to the head during the Sheffield Shield game between New South Wales and South Australia at the SCG.

At approximately 4.15pm hospital spokesman David Faktor had addressed the media and said Hughes was in surgery having arrived at the hospital on life support.

And then at approximately 5.20pm, the hospital confirmed that Hughes was out of surgery and remained in a critical condition in the intensive care unit.

Phillip Hughes has undergone surgery and remains in a critical condition after surgery to relieve pressure on his brain.

While Brian Lara believes the injury Hughes received is a rare occurrence in cricket, he accepts that players face risks while at the crease and hopes there isn’t major changes in the rules of fast bowling.

“It’s very unfortunate, batsmen face all sorts of dangers, we can just pray for him,” Lara said.

“I know all of Australia and all of the cricketing world are praying he comes back to play and to full health.

“I think it’s a sport and you are always going to have that element of risk. This is an unfortunate and rare situation.

“I felt safe playing but there was that element of risk, I used to say a little prayer in the morning and just hope for the best.”

Brian Lara feels the authorities have done their best to keep it as safe as possible while keeping the game competitive, he feels short-ball cricket is part of the fast bowlers game

“I think they’ve done their best over the years to curb it and manage it as best as possible,” he added.

“But its part of a fast bowlers armoury and it’s very hard to take that totally away from them.

“There are some batsmen who feed on that sort of attack and I don’t really believe it’s anything that should affect fast bowlers and the rules governing that.” 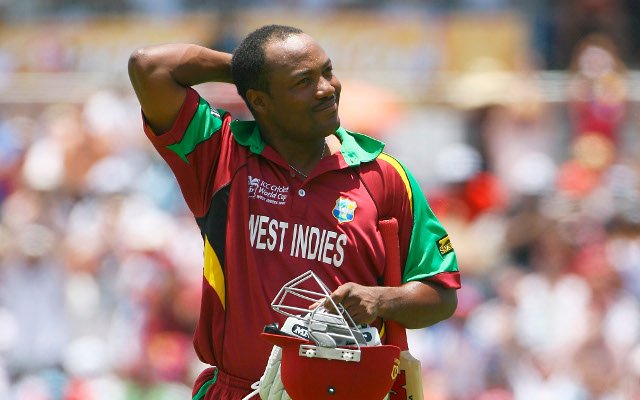