As of now, The Tennessee Titans have the first overall pick and the Tampa Bay Buccaneers have the second overall pick in the 2015 NFL Draft. The Titans and Bucs both hold the worst record in the NFL, with two wins and thirteen loses.

Even though the Titans and Bucs both have the same record, heading into week 17. The Titans have a better strength of schedule (SoS) with a .484, as the Bucs have a .489 SoS. The SoS is based on the winning percentage of the opponents played this year, which helps decide the draft spot, if multiple teams have the same regular season record.

Once the 2014 NFL regular season comes to an end tomorrow, the top two overall picks will belong to either the Bucs or the Titans. With a chance to turn these struggling franchises to the old ways of winning seasons and playoff berths.

However, both these franchises will have plenty of time to decide what they want to do in the offseason. They could have a choice of Heisman winning quarterbacks Marcus Mariota or Jameis Winston, if they declare for the draft this year.

The Titans could go another direction in this years draft with a variety of talented players on either side of the ball. If the Titans believe that rookie quarterback Zach Mettenberger is the future quarterback of the franchise. As the Titans 2011 eighth overall pick, Jake Locker is most likely heading to Free Agency.

If the Titans decide to skip out on an elite quarterback this year, they could select:

For the Bucs, they too can skip out on an elite quarterback, and pick from the players listed above, and stick with veteran quarterback Josh McCown or second year quarterback Mike Glennon.

No matter what the case is. If I was the Bucs or the Titans, and I’m sitting on the clock with Marcus Mariota or Jameis Winston available, I would not waste another second in taking them off the board. 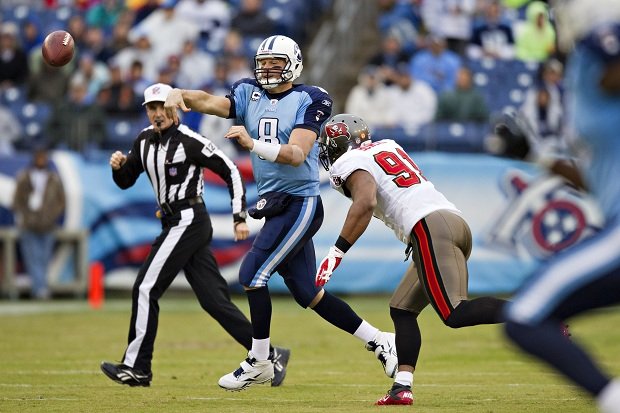