Tampa Bay Buccaneers wide receiver Antonio Brown has been accused of obtaining a fake COVID-19 vaccination card, according to the Tampa Bay Times.

The Times reported Thursday that, according to Steven Ruiz – a former personal chef for the wide receiver – Brown had his girlfriend, model Cydney Moreau, reach out to Ruiz over the summer to obtain a fake vaccination card that said Brown had received the Johnson & Johnson shot. According to text messages provided by Ruiz, Moreau offered $500 for a fake card.

“Can you get the COVID cards?” Moreau texted Ruiz on July 2.

“I can try,” Ruiz responded.

The text exchange between Moreau and Ruiz does not refer to Brown by name. The wide receiver is often called A.B. by friends, coaches and teammates.

Brown wanted the Johnson & Johnson vaccine card, Ruiz alleged, because it’s the only one that consists of a single shot and would require less paperwork.

Ruiz said he was unable to acquire a fake card for Brown, according to the report, but he added that the wide receiver a few weeks later showed him ones he had for himself and Moreau that he said he had purchased. Brown reportedly was unwilling to get the vaccine because of possible side effects.

Ruiz said he went public with the accusation after Brown failed to pay $10,000 owed to him.

Responding to the story, the Buccaneers released a statement saying they had “received completed vaccination cards from all Tampa Bay Buccaneers players.”

“All vaccination cards were reviewed by Buccaneers personnel and no irregularities were observed,” the team said.

Brown’s lawyer, Sean Burstyn, said “Antonio Brown appreciates the severity of the pandemic, which is why he got the vaccine and supports everyone for whom it is advisable to get the vaccine,” Sean Burstyn texted. “Coronavirus has hit close to home as it took him out of a game. He is healthy, vaccinated, and ready to win another Super Bowl.

“One of the worst parts of the pandemic has been a movement to cast doubt on our country’s vaccination programs with baseless, vindictive tabloid gossip.”

NFL spokesperson Brian McCarthy said teams are responsible for verifying personnel and player vaccination status. Players are supposed to present the cards to club medical staff or the infection control officer. Any attempt by team personnel or players to use a fake card would be reviewed under the personal conduct policy and may subject the individual to discipline. In addition, creating, using and/or selling such cards is a felony subject to fines and up to five years in prison.

McCarthy said in an email that league officials are aware of the Times’ report and “have been in contact with the club. We will review the matter.”

He added that “no club has reported any issues during the verification process. In many instances, personnel, players and their family members were administered shots at club facilities.”

Six days before the Sept. 9 season opener, Bucs coach Bruce Arians proudly announced that his team was “100 percent vaccinated,” including “every player, coach and staff member.”

Brown became one of only a few Tampa Bay players to be infected with COVID-19 this season, missing one game because of it — the Week 3 game in Los Angeles against the Rams, which the Bucs lost.

Players who are vaccinated can return to work if they are asymptomatic and pass two COVID-19 tests 24 hours apart. Instead, Brown endured the same 10-day waiting period imposed on unvaccinated players who test positive for the virus.

In an agreement between the NFL and the NFL Players Association, unvaccinated players face a long list of stringent protocols enacted by the league; they include social distancing and wearing a mask at all times. Weight room capacity is limited to 15 players.

The NFL does not hesitate to punish teams and players for disregarding COVID protocols. On Nov. 9, the Green Bay Packers were fined $300,000 for not enforcing league rules with players. Two unvaccinated Packers, star quarterback Aaron Rodgers and wide receiver Allen Lazard, were fined $14,650 each. 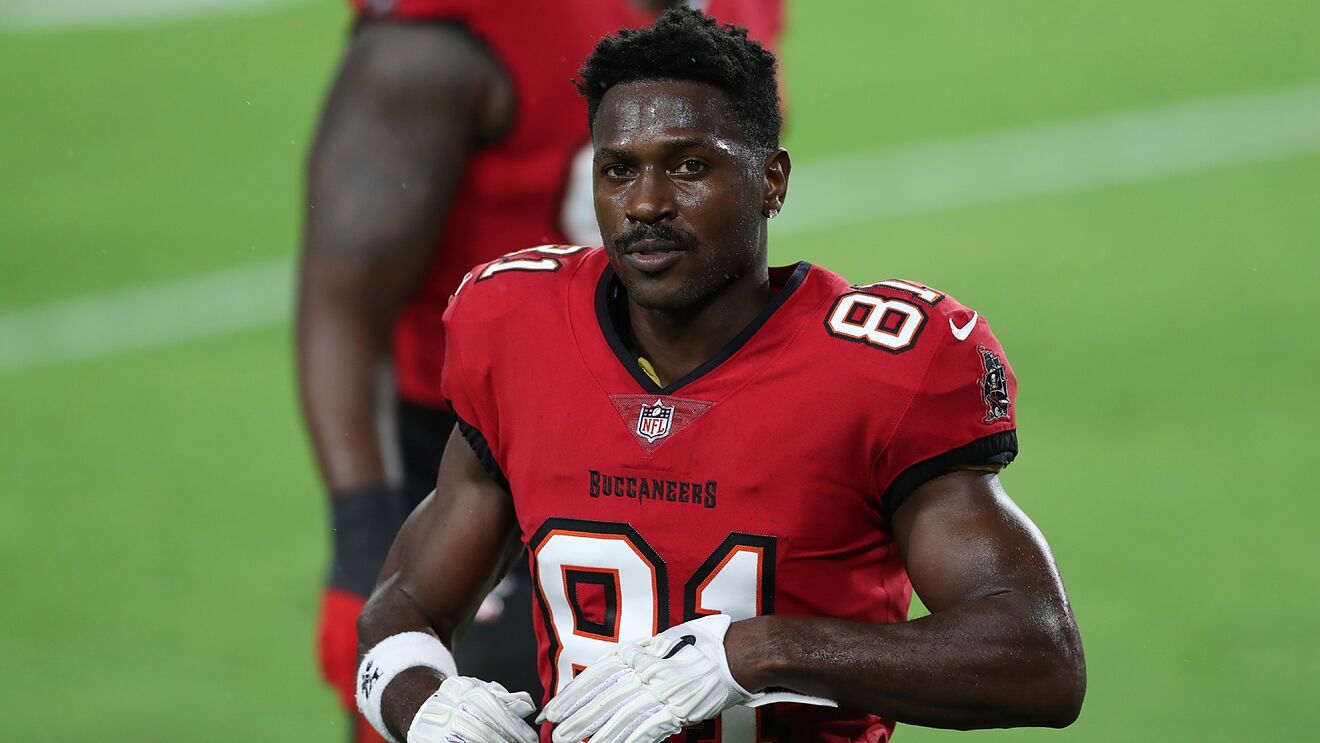