The breakout team of this years NBA season was the Golden State Warriors who under first year head coach Steve Kerr ran away with the Western Conference and clinched home court advantage throughout the entire NBA playoffs.

While I personally have witnessed the rabid fan base in Oracle arena first hand on many occasions, playing at home will not be enough to get the Warriors through the loaded Western Conference.

There are many factors which will contribute to the Warriors getting out of what is potentially the best Western Conference top to bottom of all time.

It is time to breakdown the what the Warriors will have to do in order to make use of that number one seed.

Lets start with the obvious, the West is stacked. Top to bottom each team has their own star that is capable of taking their team to the promise land.

If the playoffs were to start today the Warriors, as a result of their fantastic regular season, would be rewarded with potential MVP and triple double machine Russell Westbrook.

What needs to be understood is regardless of who they get matched up with its not going to be easy so don’t be surprised if the first round was to go six or seven games.

The Warriors chances will come down to three major factors: consistent contributions from role players, the splash brothers taking the next step, and of course coaching.

Championship teams are built from the ground up and require a strong second unit in order to make a deep run into the playoffs. Fortunately the Warriors seem to have this covered. With veteran leaders David Lee and Andre Iguodala coming of the bench accompanied by versatile players such as Shaun Livingston and Marreese Speights the Warrior’s bench has seem strong all year.

They do however have size issues of the bench. With Speights being more of a stretch big man players like Festus Ezeli have to step into a bigger role on the boards and help the team match up with bigger lineups.

Although the Warriors love to play small when the playoffs come around the game will slow down and there will be times in which they will have to face teams which will run their offense through bigger players down low such as the Grizzlies with Mark Gasol. The bench is one of the biggest advantages the Warriors have over the rest of the west and it will have to be strong if they want to do some damage in later rounds.

While Andrew Bogut and Draymond Green have the potential to be game changers defensively you need to score points in order to win games. This is where the combination of Steph Curry and Klay Thompson come in, they are what make the Warriors tick. While some may say you live by the three you die by the three when it comes to these guys something is different.

They are without a doubt the best shooting backcourt in NBA history and are capable of lighting it up on any given day. We all know they can score but in order to win the title they need to take the next step. By that I mean they need to improve on the little things such as defense and rebounding. Thompson is one of the best perimeter defenders in the league but could help the team more on the boards.

When it comes to Curry it seems like he does it all posting good rebounding and steal numbers but in fact when you look at the tape he often places himself in poor position defensively by taking unnecessary gambles. These issues are harder to fix then they may seem, but there is one thing that can’t be disputed, when the splash brothers are playing well no team can stop the Warriors.

When Steve Kerr came into Golden State many questioned his toughness and whether or not he would be assertive enough to gain the respect of his team in big moments.

While a majority of people feel that he has proven to be a perfect fit for the job I still am not sold.

Now before you jump to any conclusions I think he is one of the best coaches in the league and should be a top candidate for coach of the year but there is no substitute for experience.

The NBA playoffs are full of top tier coaches who have been there and done that and the fact is Steve Kerr is still in itself a rookie.

Don’t get me wrong he has been great so far but it wont be as easy as most people think to carry the production over to the postseason.

All in all the Golden State Warriors have a great chance of getting out of the Western Conference if they play up to their abilities. This is all assuming they stay healthy of course (Andrew Bogut). If the second unit can stay productive, the splash brothers can get it going, and Steve Kerr can transition into the playoffs smoothly, the Warriors could keep Oracle Arena rocking well into June. 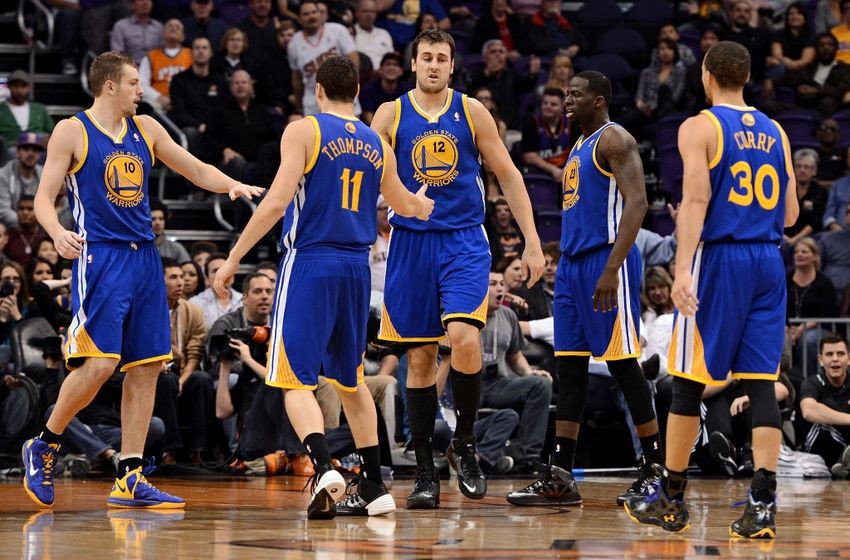