The (2-2) Boston Celtics traveled to Oklahoma to take on (0-3) Oklahoma Thunder.

The game ended up with the Celtics tied up. A big three goes in by Marcus Morris (21 points, 10 Rebounds) with nearly 28 secs left in regulation. Here’s a look at Marcus Morris DOUBLE-DOUBLE night.

The Celtics came into this game off of a lost at home to Orlando Magic. Once again the Celtics started off slow going down 11-2 before coach Stevens called his first timeout. The Celtics closed out the first quarter with a 6 point deficit, 16-22, to the Thunder.

The second half was even worst. The Celtics were taking too many contested shots, off balanced shots, bad shots, turnovers and their defense was poor. They trailed at the half 34-50 to the Thunder.

The 3rd quarter was a bit different. Looked like Kyrie and the Vets decided to put this game on their backs. Kyrie finished the game with 15 points, 5 Rebounds and 5 Assists. Al Horford finished with 19 points and 9 rebound, 1 rebound away from a double-double.

The young and Rising Phenom Jayson Tatum led the team in scoring with 24 points and 6 rebounds. The night absolutely belonged to Marcus Morris. Coming off the bench he scores 21 points and grabs 10 boards along with hitting that game winning 3, which put the dagger in the hearts of the Thunder. Let’s just say Marcus Morris made the Thunder CLAP! The Celtics win 101-95

On Saturday October 27th, The Boston Celtics will travel to the Motor City to take on Blake Griffin and the 4-0 Detroit Pistons. With the Celtics coming back east, how will they fare against the power tandem of Griffin and Drummond?

Hopefully they get Baynes back to help with rebounds and his presence is needed in the paint. If the Celtic shooters, both on and off the bench, can find their shots early, this should be a WIN. It is clear that the Pistons aren’t backing down from anyone especially in the East.

Will the 3-2 Celtics prevail and hand The Pistons a lost to blemish their perfect record? 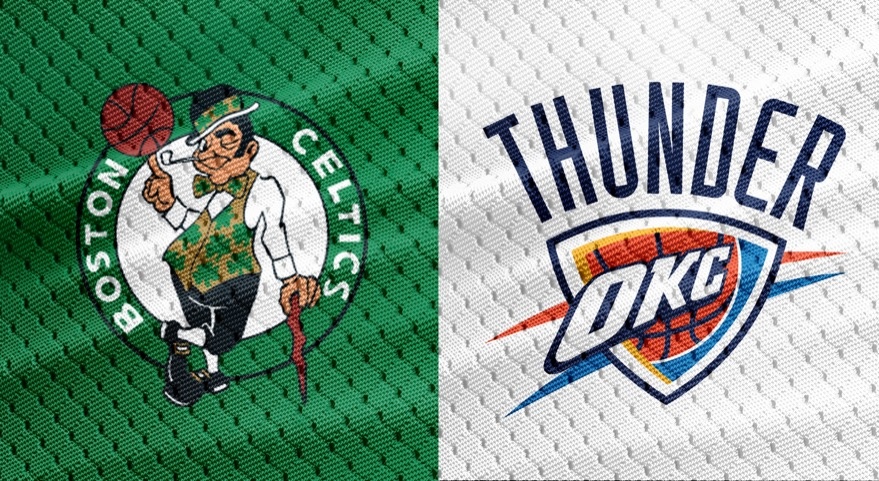