The Washington Wizards lost to the Brooklyn Nets 115-104. They now fall to 5-10 for the season and once again, they played down to their level of competition. Someone needs to be held accountable but no one will be. The team followed by the incompetence of both the coach and the organization are too much. Changes need to be made but they will not happen. With that, here are some observations from the game. 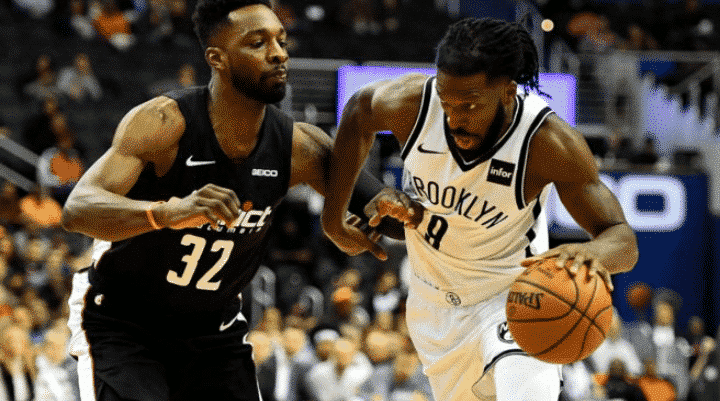 The Wizards are still inconsistent

I thought that was what getting new players would fix. Oh, well, the Wizards still cannot remain consistent during an NBA season. After winning three games in a row, it looked like Washington had turned a corner. It looked like changes in the rotation were being made. However, the second half looked just like the Wizards of old. No fight, no energy, and no ambition. Just, a bunch of high-end talent. High-end talent with an incompetent coach. The Nets pulled away to lead by as many as 19 and handed the Wizards yet another blowout loss in a season of which are quickly piling up.

The Wizards are now 5-10 on the season. That matches their 15-game start from two years ago, when they rallied to win 49 games, but that only means so much, of course. This team should be a lot better than that team so that should not be comparable.

No three-pointers were going on

While they are shooting more of them, the Wizards remain terrible from three. They entered the game 27th in the NBA, shooting just 32.8 percent.

In this game, nothing was going in from beyond the arc. Brooklyn took away the perimeter and it worked to perfection.

The Wizards went 3-for-17 from three and shot just 17.6 percent. They were 2-for-13 entering the fourth quarter. While three-point shooting needs to remain a point of emphasis, they need to be more accurate from there.

Dwight is still a beast

He didn’t quite go 30-30, but Howard was unstoppable in the first half. He owned Jarrett Allen in the paint and it was not even close. Allen and the rest of the Nets’ frontline were no match for Howard’s strength.

Howard popped off for six of the Wizards’ first eight points. By halftime, he had 17 points, nine rebounds, a steal and a block.

This game was a reminder of the fact he can do things that his predecessor, Marcin Gortat, cannot. Howard, really, can produce in a way no Wizards’ fourth option has been able to in years.

Changes need to be made

Honestly, I do not care who it is. Scott Brooks needs to go because of his incompetent coaching scheme. He won Coach of the Year with Oklahoma City but anyone could have done that given the fact that he had three all-stars. You, the reader, could have won Coach of the Year with that team but does that make you a good coach? No, it does not. Ever wonder why Kevin Durant never scheduled a meeting with the Wizards? Perhaps it could have been because he did not like Scott Brooks and wanted to go somewhere where a coach could actually control his players.

Ernie Grunfeld does not even matter at this point. He should have been gone a long time ago, way before the John Wall era. This guy has had a terrible track record of bad contracts and bad draft picks. 15 years and all you gave us was two good draft picks? Somebody blindfolded could have drafted better than that.

Ted Leonsis, we are begging you. You may not be reading this but if you are, fire Ernie Grunfeld. Please. You said there were no excuses this season. What exactly did you mean? If you cared about the Wizards as much as you did the Capitals, you would have fired Ernie a long time ago. George McPhee was actually better at his job than Ernie is and you still fired George and kept Ernie. Why are you so scared to make changes?

But, let’s be honest. None of this is going to happen. These are all wishes and goals that we want to happen but they all will not happen. It is another dark day to be a Wizards fan, and there will be plenty more to come unless changes happen.