Charles Leclerc or Max Verstappen: Who Will Win Their Maiden World Championship First?

Formula One desperately needed a spark, and the 2019 season duly delivered. While the nature of Mercedes’ dominance had seen the sport come under fire in recent years, the emerging battle between Charles Leclerc and Max Verstappen has helped to reignite global interest in top tier open-wheel racing. With such intrigue surrounding both drivers, let’s consider who is more likely to be the first to claim their maiden world championship.

Throughout the 2019 season, much was made of the emerging new stars who were set to push Mercedes all the way and perhaps deny them a sixth consecutive world championship. Although the end result didn’t turn out to be what either Charles Leclerc or Max Verstappen had dreamed back in Melbourne on the opening race weekend, their performances presented an insight into what’s to come in the post-Hamilton era.

The Dutchman and the Monegasque driver were separated only by 14 points at the conclusion of the season, with Max Verstappen claiming three race wins, and Charles Leclerc securing victories at both Monza and Spa. For much of the racing calendar, there was little to separate the 22-year-old drivers, as illustrated by the stats. That said, the intrigue over their future battles reached new heights back in Austria when Verstappen secured the race win following a last-ditch overtake on Ferrari’s Monaco-born driver two laps out from the chequered flag.

While only time will be a true indicator of what’s to come, there was an undeniable sense that the future of F1 was foreshadowed during the action-packed finale at the Red Bull Ring.

Their Undeniable Talent Needs to be Complemented with Pace and Reliability

Few sports are as unforgiving as the highest class of single-seater auto racing, which, despite being young, both Charles Leclerc and Max Verstappen are already well aware of. Prior to Ferrari’s 22-year-old driver claiming victory in Belgium, it seemed that Leclerc was set for a season of near misses having cruelly been denied victory at Bahrain due to a mechanical problem with his car’s turbo energy recovery system. Despite only being the second race of the season, the Sakhir-based Grand Prix, on reflection, epitomized Ferrari’s season as they struggled to consistently provide their talented drivers the tools they needed to succeed.

Much like the Monegasque driver, Max Verstappen flourishes in the heat of battle and when faced with adversity, as was evident with his ruthless maneuver that stole victory from Charles Leclerc’s grasp at Austria. Throughout the racing world, the Dutchman is considered to be the driver capable of ending Lewis Hamilton’s reign, but to do so, he, like Leclerc, needs a reliable car. Prior to the delay of the upcoming championship, the 35-year-old Englishman was once again the favorite to retain the driver’s world title in the F1 Betting. However, the six-time champion will be braced for a fight, with both Leclerc and Verstappen hungry to end their respective team’s wait for an elusive title.

For fans of both Ferrari and Red Bull, the wait for a return to the pinnacle of racing has gone on for far too long, with the Italian team desperate to end their 12-year drought. That said, one of the more intriguing subplots of the 2020 championship is focused on the developing battle between two of the sport’s most talented drivers.

Having beaten Charles Leclerc in last year’s standings, Max Verstappen is, at present, tipped ahead of the Ferrari man to claim his maiden world championship first. However, the result at Austria seemingly lit a fire in the 22-year-old Monegasque driver who bounced back with more aggression, determination and focus, which is sure to continue in the upcoming season. 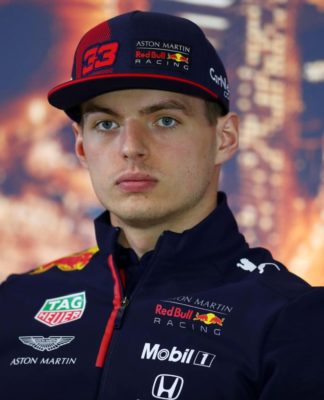