Chase Tag is usually known as a game that kids can play outside, but who would have thought it would turn into a sport? In 2012, World Chase Tag was formed by the Devaux Brothers, Christian, and Damien. who took inspiration from their backyard games of tag. But is this really a sport or just a form of entertainment like a bunch of school kids goofing around on a playground?

The object of the game is fairly straightforward, in the sense that like a normal game of tag, you have to chase your opponent down and tag their body. However, Since this is played on an obstacle course, things are slightly different.

Each team has six members, and only two teams can play against each other.

Each match consists of 16 chases and whoever wins the most chases, wins the game.

Tags must be made by the use of hands only.

If an athlete from either team steps out of the course during a chase, the opposing team wins that chase.

If there is a tie, there is a Sudden Death Chase Off consisting of 20 seconds, to determine the winner.

The team with the longest evasion time wins.

If there is no winner after the first round of sudden death, the game continues until there is s a winner.

Pinch Point: Areas of the quad where the Evader has fewer options to escape

Herding: Used by the Chaser to lure the Evader into areas of the Quad, which are easier to tag them.

Reverse Herding: The evader draws the chaser into areas which are harder to tag.

Idling: When the Evader hides behind a HQ obstacle, to waste the Chaser’s time

Spike: A chase that lasts less than 5 seconds

Centre Control: Technique used by the Chaser to take control of the center of the quad, after an attempted tag.

Tailing: Occurs when the Chaser follows the same path as the Evader.

Benny Hill: The Chaser continuously runs around the same obstacle a number of times to catch the Evader.

Quad: The area in which the game is played.

Guac Track: Where the Evader goes from the Sister to the Mountain, to the Loading Bay without touching the ground.

Evasion Ratio: The percentage of chases that end in an evasion.

Since its introduction in 2011, World Chase Tag has hosted six events:

Marrero Gang from England, is the most successful team, winning three of those events, while Team Apex won the USA event. Meanwhile, it was Bllacklist, who won this year’s European Championship after beating Urban Generations.

The game show is sort of an interpretation of the gameshow Ninja Warrior, where you have the contestants climbing over and jumping on obstacles in a limited amount of time.

It is a form of Parkour, which is a discipline athletes use to get from one point to another by jumping off walls and stairs etc.

So, if that’s the case, can it really be classed as a sport?

Well, let’s refer back to the term ‘sport’.

According to Dictionary.com, a sport is ‘an athletic activity requiring skill or physical prowess and often of a competitive nature,’.

So, you could say that yes it is a sport, as it has a global competitive Tag organization, and athletes make money out of it.

But then how popular is it, particularly around the world?

Well, according to Sports Pro Media, they have 912,000 subscribers on their YouTube channel, which seems to suggest that it is getting popular, with some of its videos gaining millions of views, due to the network of parkour teams that are drawn in to watch. Channel 4 has also started streaming some of the events

Although it is still relatively young in its existence as a sport, Chase Tag is certainly something to invest in, particularly in the future.

For more news and gossip on Chase Tag, visit World In Sport. 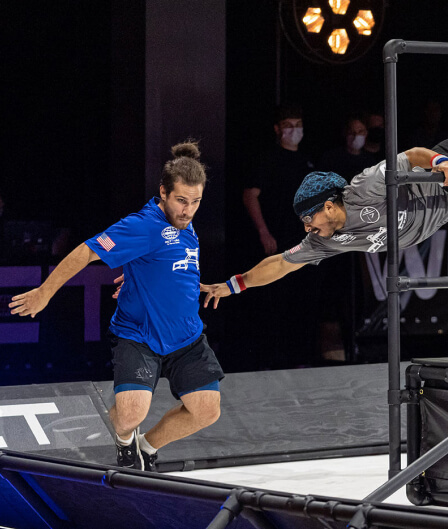