It’s all happening in the Indian sub-continent. A day after West Indies scripted a historic win chasing down 395 runs for a stunning three-wicket win against Bangladesh in the first Test in Chattogram, Bangladesh, on Sunday, Pakistan humbled South Africa by 95 runs in the second Test in Rawalpindi, Pakistan.

Now the stage is set for another thrilling contest as England set India a daunting 420-run victory target in the opening Test at Chennai’s MA Chidambaram Stadium on Monday.

England, who posted a mammoth 578 in the first innings, bowled India out for 337. The tourists were bowled out for 178 an hour before stumps on Day IV. The hosts finished the penultimate day on 39-1, still 381 behind the target, with Shubhman Gill batting on 15 and Cheteshwar Pujara on 12.

Relishing bowling on a responsive pitch, the seasoned Ravichandran Ashwin returned excellent figures of 6-61 to restrict England in their second essay.

Earlier in the morning India would have been in a bigger hole had it not been for a seventh-wicket partnership of 80 runs between newcomer Washington Sundar (85) and Ashwin, who also contributed a 31 with the bat before picking his career’s 28th five-wicket haul.

But despite the duo’s best efforts, the hosts still fell way short of the follow-on target after being bowled out for 337. India resumed the day at 257 for six.

Hoping to give their bowlers some respite from the sweltering heat, England decided against enforcing the follow-on and batted again.

Ashwin removed Rory Burns with the very first ball of the second innings when he induced an edge for Ajinkya Rahane to take an easy catch in the first slip.

Having ambled to 16 off 37 balls, Dominic Sibley was shown the door by Ashwin, with the bounce again helping the off-spinner.

Veteran pacer Ishant Sharma had Daniel Lawrence trapped in front of the wicket with the one that snaked in. That was wicket number 300 for Ishant, making him the sixth Indian and third pacer from the country to reach the landmark. 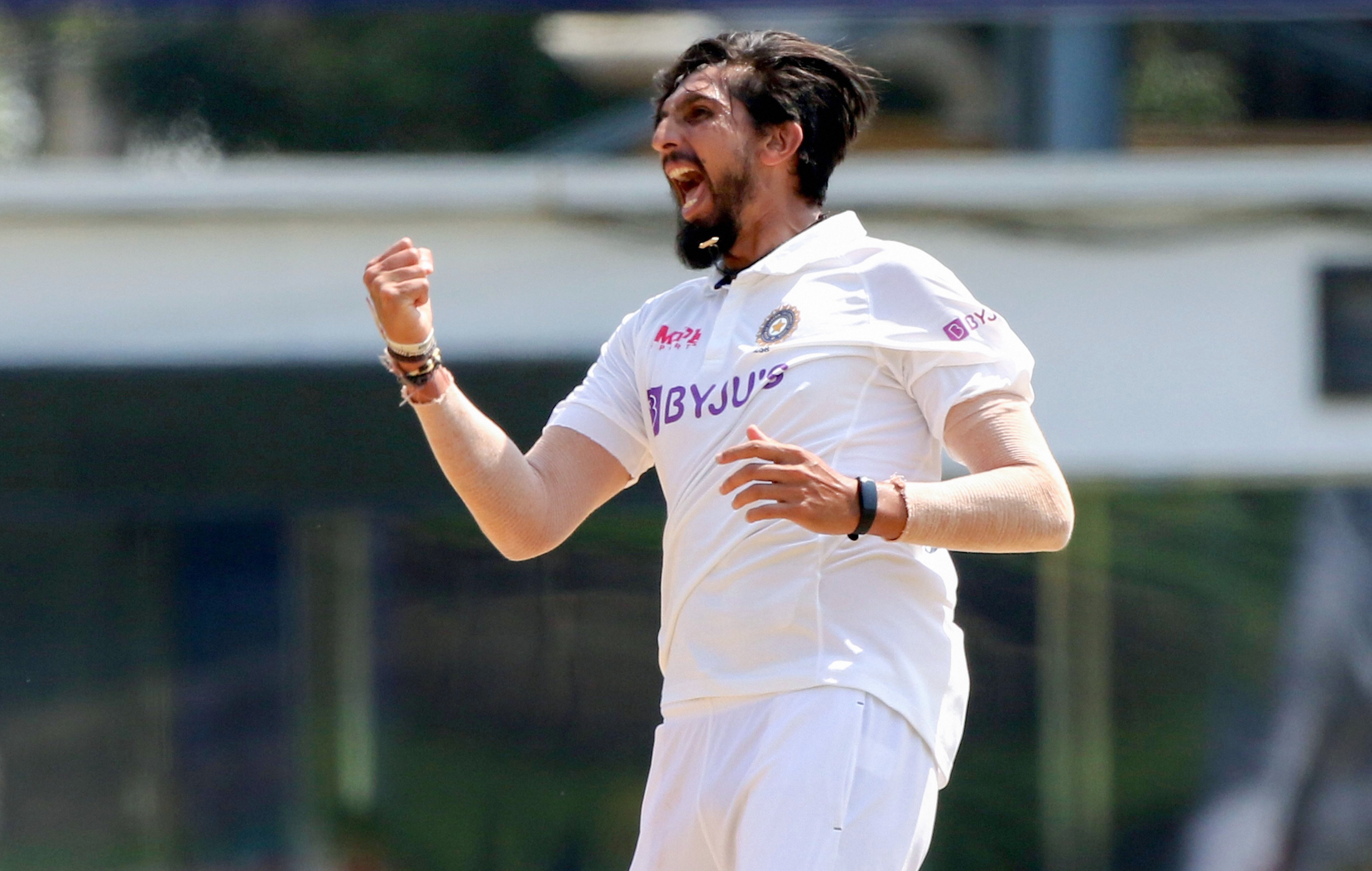 Indian pacer Ishant Sharma completes 300 wicketsBen Stokes could not replicate the form of his first innings as he played away from his body to give Rishabh Pant a catch off Ashwin.

With all the confidence in the world, first-innings double centurion Joe Root swept and reverse swept the India spinners. However, the England skipper could not tackle was a delivery that kept low on landing before thudding against his pads to be given LBW.

Ollie Pope (28), Jos Buttler (24) and Dom Bess (25) made useful contributions, but England strangely kept on batting even after the lead crossed 350 and then 400 on a track which is expected to give the bowlers a lot of purchase on the final day.

While 16 wickets fell on the first three days, a staggering 15 fell by the wayside on Monday and the Chepauk pitch played a major part.

England’s refusal to declare their second innings despite a healthy overall lead has surprised many who believe it might allow India to salvage a draw in the opening Test in Chennai.

“Very surprised England haven’t declared yet & why aren’t they trying to get 400 asap?” tweeted former Australia leg-spinner Shane Warne. “England batted too long in the 1st innings too & now letting the game drift & showing no urgency at all.”

“I think he is being too cautious and is giving India a good chance of getting out of this Test with a draw,” tweeted Vaughan.

However, England pace bowling coach Jon Lewis said they did not want to take any chances against India’s formidable batting line-up.

“It’s obviously first game in the series,” Lewis said after day’s play. “While you want to get off to a really strong start, you don’t really want to give India a chance to win.”

However, he still sounded optimistic.

“We were very comfortable with the amount of overs we wanted to bowl on Monday,” he said. “We will try to have a bite with the second new ball if possible on Tuesday. We are comfortable with where we are at in the game,” he stated. 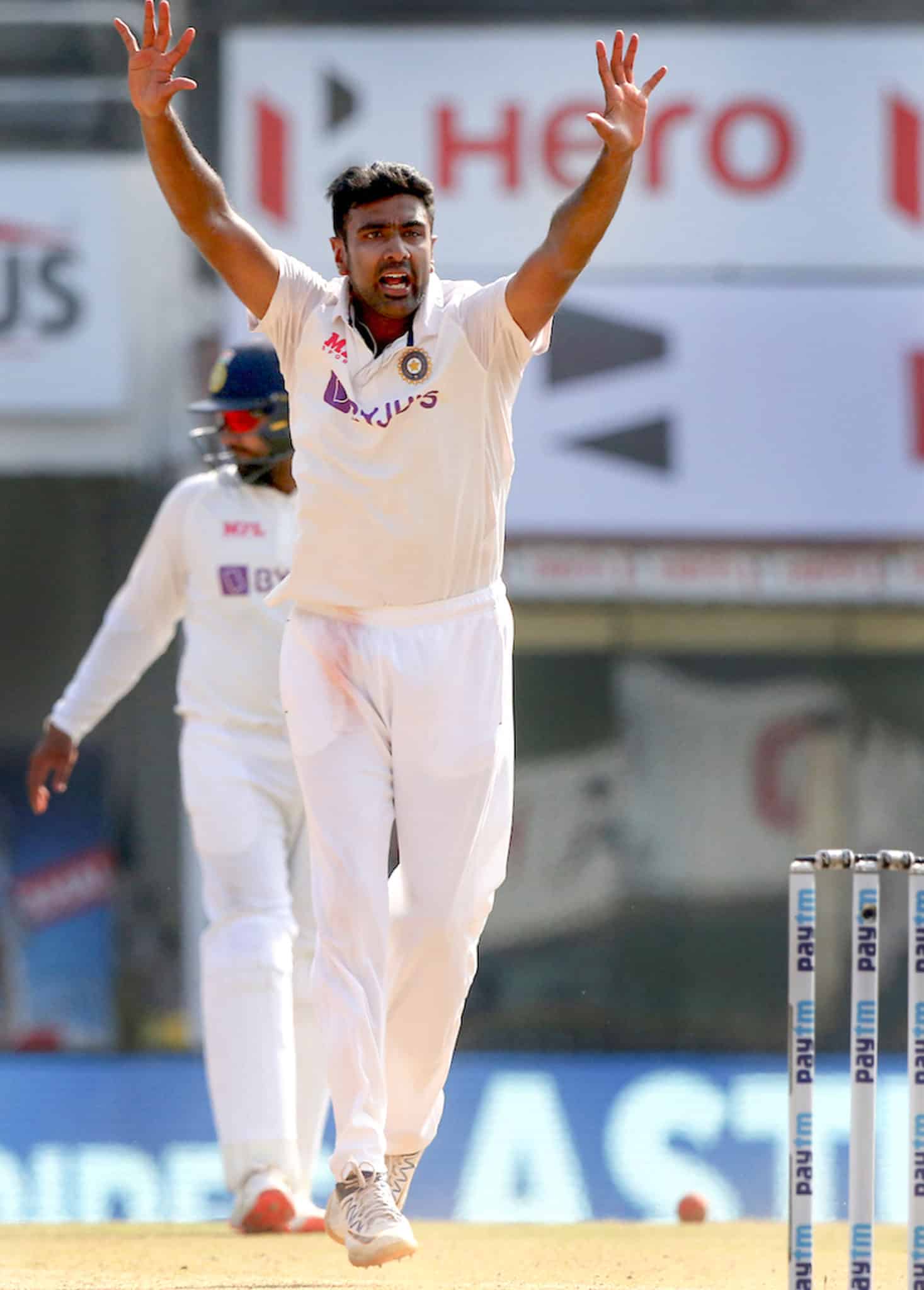