The announcement came when the club recorded their sixth league defeat in seven matches on Wednesday against Middlesbrough.

The 62-year-old’s fate was all but sealed when a 2-0 loss to Cardiff handed Forest their worst start to a league campaign in 108 years, and an atmosphere the calm and composed manager could not fix.

The statement read: “Nottingham Forest can confirm that Chris Hughton has been relieved of his duties as first-team manager.

“The club would like to place on record its’ appreciation for Chris’s efforts. Chris joined the club in a difficult period for everyone in football and around the world and we thank him for the way he has conducted himself during his tenure.

“Steven Reid will take temporary charge of the first team as interim head coach. The search for a permanent successor has begun and the club will update supporters in due course.

“The club would like to wish Chris all the best in his future career.”

Chris Hugtin replace Sabri Lamouchi four matches into the 2020/21 season and many anticipated the experienced Chris Hughton could be the one to guide Forest back to the top division since their relegation in 1999.

Hughton had successfully promoted Newcastle and Brighton to the Premier League, so any ambitious club dreaming of the top flight would instinctively believe Hughton held the know-how to get there

However, the campaign ended uninspiring with Forest finishing 17th and the third lowest scorers in the Football League. Only Derby County and Southend United scored less.

As Forest fans returned to the stadiums, it brought the scrutinising atmosphere that perhaps let Hughton off the hook through major parts of last season.

A series of defeats to newly promoted Coventry City, promotion contenders Bournemouth and hopefuls Blackburn Rovers and Stoke City brought the type of reaction many could anticipate.

Forest’s only August win came in the Carabao Cup against League Two outfit Bradford City. Forest’s only point came from Brennan Johnson rescuing a point late-on away to Derby County – a club with their own deep issues.

A reaction after the international break was needed but it never came. Hughton failed to change and adapt to the situation, particularly from his defensive philosophy.

This sort of negativity ultimately reached boiling point and created a divide between him, and the fans and the players.

Forest players were branding Hughton as “clueless” and “a shower of shit” in a series of leaked Whatsapp messages The Athletic saw.

Everything pointed to an unrecoverable mood in and out of the dressing room.

It seemed Hughton realised his reign, which lasted less than a year, was ending during his final pre-match press conference.

“You feel the pressure of the job, of the support base and what the club wants. But the last person the players need to see down in the dumps or not on the decent form is the manager,” Hughton explained.

“I enjoy this job. It is less enjoyable at times like this. But the plusses are the work you do on the training pitch; working with young players is the best thing you do.

“It is only when you are here that you realise what a big and great club this is. I have thoroughly enjoyed managing this club.”

Hughton’s sacking means Nottingham Forest are looking for their 27th manager in 17 years, having fired at least one manager in every season since 2010. 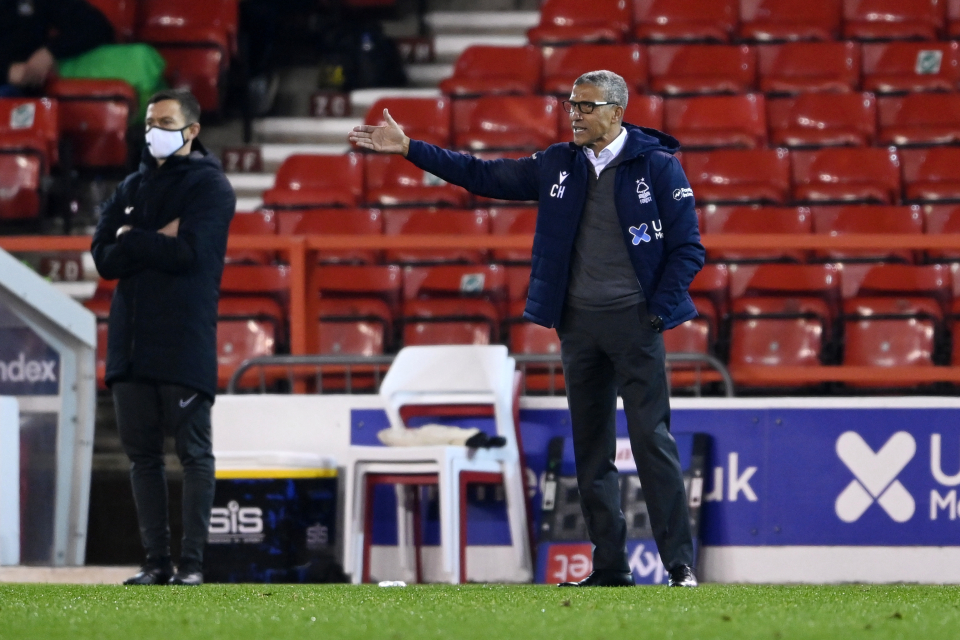