Second-half goals from Karim Benzema, Kylian Mbappe (from the penalty spot) and Theo Hernandez saw France come from a 2-goal half-time deficit to win their semi-final in tonight’s UEFA Nations League semi-final against Belgium while two goals from Manchester City’s Ferran Torres saw Spain end Italy’s 37 game unbeaten run and gave them their first home loss in a competitive game at home since 1999.

The two sides will meet in Sunday evening’s final at the San Siro while Italy will play Belgium at the Allianz Stadium earlier that day.

Italy would name 9 members of the European Championship final-winning line-up against England with Alessandro Bastoni starting ahead of Giorgio Chiellini at centre-back while Spain named Gavi in midfield, the 17-year-old Barcelona midfielder becoming their youngest ever senior international at 17 years and 62 days – a record that had stood since 1936.

The first chance would fall to Italy and Federico Chiesa forcing a save from Unai Simon from distance in the 5th minute before the Spanish took the lead in the 17th minute with Ferran Torres (pictured below) volleying in a left-sided cross from Mikel Oyarzabal off the inside of the post. They almost doubled the lead as Marcos Alonso’s dive from the edge of the area was fumbled onto the post by Gianluigi Donnarumma with Italian captain Leonardo Bonucci clearing the rebound for a corner.

Italy would have another couple of chances before half-time with Bernardeschi forcing a save out of Simon before Bonucci was sent off with 5 minutes of the opening period for a second yellow card. Spain would double their lead in first-half stoppage-time with Ozarzabal again setting up Torres with a left-sided cross with the Manchester City forward heading into the bottom corner.

Italy almost got back into the game in the 62nd minute with Chiesa hitting the post from an acute angle before the hosts would get themselves into the game with 7 minutes to play with Chiesa setting up substitute Lorenzo Pelligrini (pictured below) to tap home on the break from a Spanish corner.

The other semi-final saw the FIFA Rankings #1 team play against the reigning World Cup winners at Juventus’ Allianz Stadium.

Belgium almost took the lead in the 4th minute after Romelu Lukaku’s cross wasn’t cut out with Kevin de Bruyne’s volley saved superbly by France captain Hugo Lloris before the first French chance came 4 minutes later with Kylian Mbappe’s cross turned goalwards by Benjamin Pavard but easily saved by Thibault Courtois. Belgium took the lead in the 37th minute with Yannick Carrasco (pictured below) cutting in from the left, beating Lloris at the near post into the bottom corner before they would double the lead 4 minutes later as Kevin de Bruyne’s through-ball was smashed into the top corner with his right foot from a tight-angle.

Paul Pogba would head an Antoine Griezmann free-kick over the bar before they would get a goal back on 61 minutes with Karim Benzema scoring from 12 yards out, turning in the area before firing into the bottom corner. The score would be level midway through the half with Youri Tielemans conceding a penalty for a foul on Griezmann (which was given after the ref had gone to the screen), Mbappe smashing the ball into the top corner despite Courtois going the right way.

Belgium thought they had scored the winner 3 minutes from time with Lukaku turning in a cross from Carrasco which was disallowed for offside in the build-up before France would complete the comeback in the final minute of the game with Theo Hernandez (pictured below) smashing the ball in from just inside the area, his first for his nation in just his second cap. 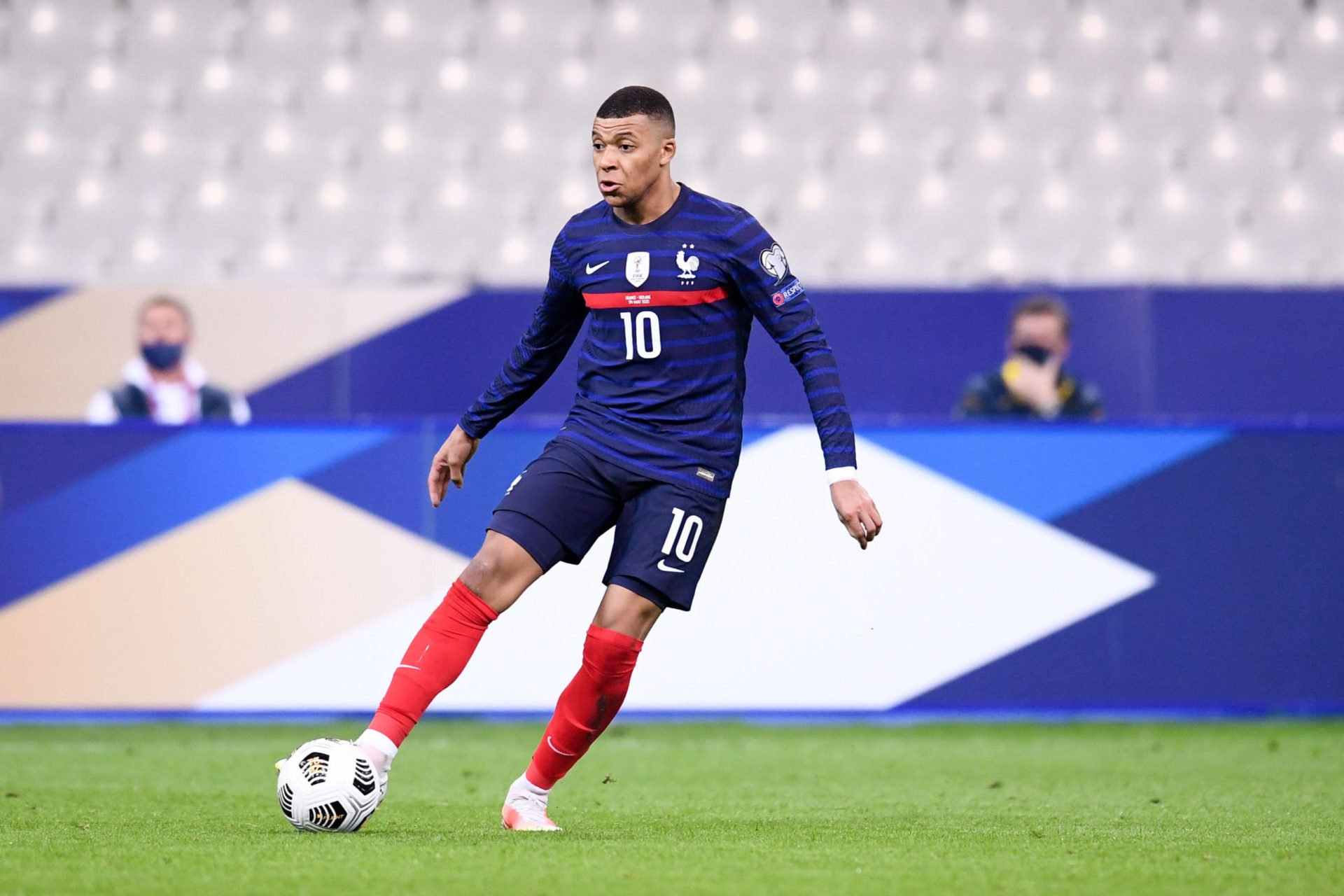