On July 2nd, at roughly 8:30 pm, Demarcus Cousins announced his decision to sign with the Golden State Warriors.

This move left many NBA players and fans shocked. The Warriors already have a superteam consisting with four All-Stars in their starting lineup.

The addition of one of the best centers in the league is quite scary for opposing teams. Cousins brings a relentless rebounder and scoring machine to the Warriors, something the team has always coveted. The Warriors now have an All-Star at every one of the five starting positions and basically have a guaranteed path to another NBA championship in the 2018-2019 NBA season.

Demarcus Cousins is one of the most elite big men in the NBA. In his season which was cut short by a torn Achilles, Cousins averaged 25.2 points, 12.9 rebounds, and 5.4 assists. Eye-popping stats like those stand Cousins out from the rest of the many players in the league. Cousins was also a superb three-point shooter, shooting 35.4% last year on six three-pointers attempted per game.

With a physical frame of 6-11 and 270 pounds, Cousins is a defensive presence on both sides of the ball and is an athletic player for his size. Cousins is a bit of a headcase in the fact that he led the league in technical fouls many times. The interesting part about Cousins’ free agency is that he didn’t receive a single offer from any team and had to call the Warriors GM, Bob Myers, directly. Still, Cousins will provide the Warriors with much more than what the team needed.

In the Warriors offense, Cousins can finally be the tenacious rebounder that the Warriors desired; he can also stretch the floor and knock down the three, fitting perfectly into the Warriors’ system.

The Warriors now have five exceptional players in their starting lineup. They are capable of beating their own record of total wins in a season (73) and can cap the season off with a sweep of an Eastern Conference team for another ring. The other above-average Western Conference teams have a small chance in beating the Warriors’ star-studded roster. The Rockets showed in last year’s playoffs that they were capable in defeating the Warriors without Cousins, but can Houston give that same effort again, and now against arguably the best center in the league?

The Lakers with Lebron James don’t have enough to do overcome the firepower the Warriors own. The Thunder must get their chemistry together to advance past the first round. Simply put, the Warriors are unstoppable against any other team in the NBA. Their fourth ring in five years seems like the most realistic prediction for the upcoming NBA season.

The 29 other NBA teams are all in the running for second place and have no choice but to be in the running for second place. Defeating this unbeatable team will require another superteam and a decent amount of luck. The future of the NBA seems rather stark; the empire that the Warriors currently have will rule the NBA until time will take the Warriors’ dynasty away from them.

This glorious starting five that the Warriors have formulated will go down as the arguably the best starting five in the history of the game. As for the prediction, the assumption that the Warriors will repeat for the third time in a row seems realistic. Players and fans alike will have to wait to see the next team to win a championship that will not be the Warriors for years to come. 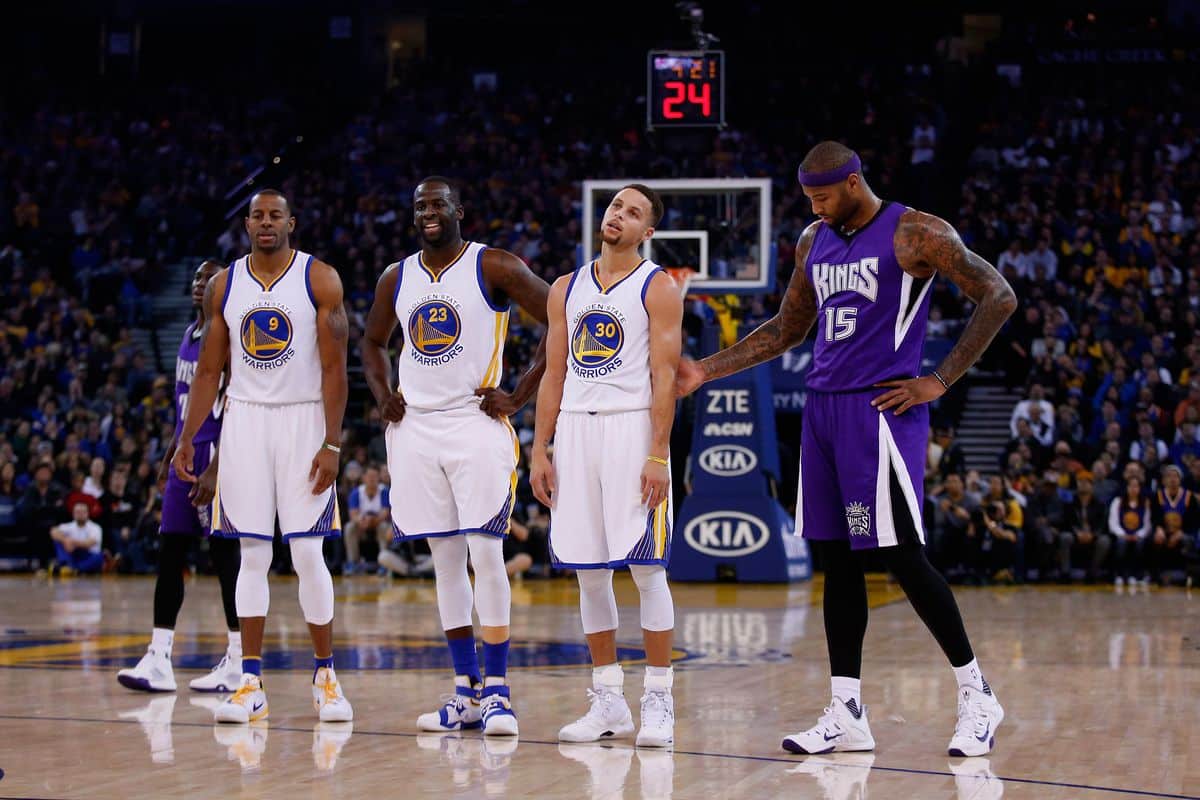