Jay Cutler of the Chicago Bears

In my third year of participating in my brother’s Fantasy Football league, I had one rule that had to be followed: Do not use your first pick on a quarterback. The quarterback position is so deep, I can wait until the fourth or fifth round for one. Starting my season on a 10 game winning streak, as well as clinching the best record and a spot in the championship this weekend, my strategy has been a success.

However, a large part of my strategy included trading for a big time starting quarterback to solidify my team. By the middle of October, when I was 6-0, I made a trade to acquire Aaron Rodgers as my new starting quarterback, without having to give up any starters. Just in time as well. Despite my perfect start, my quarterbacks had been holding me back during the early season. They were Colin Kaepernick and Jay Cutler.

Both players are classic examples of talent not always translating to on the field. Talent wise, Kaepernick and Cutler are dreams for General Managers and any coach. Kap is tall, has a strong-arm, and is one of the most mobile players at his position. Cutler’s arm strength could rival players such as Brett Farve, and Dan Marino as one of the strongest in history. Also, both players have had successful seasons in the past.

Kaepernick has led the 49ers to three straight NFC Championship Games, while Cutler has set multiple Bears passing records. During the off-seasons leading into this year, their teams had signed them to long-term contract, basically saying that they are their quarterback for the future. Today, their future with their teams are being questioned.

Three seasons ago, Kaepernick was seen as one of the new, young, star QBs that took the league by storm. Along with Robert Griffin III, Andrew Luck, and Russell Wilson, it looked like they would usurp Peyton Manning, Tom Brady, Drew Brees, and Aaron Rodgers to form a new Mt. Rushmore of Quarterbacks.

Three years later however, while Luck has become an MVP candidate, and Wilson already a champion, both Griffin and Kap has fallen on hard times.

While Griffin’s troubles began with a serious knee injury, as well as a revolving door of coaches, Kaepernick has had arguably the best coach in the league in Jim Harbaugh, who also was a former quarterback, and no serious injuries. Now with Harbaugh’s tenure with the 49ers being all but over, what is to become of Kaepernick?

At only 26, and his proven skills in the league, this could only be a bad season for Kaepernick and the 49ers. Losing players like Navarro Bowman and Patrick Willis, as well as off the field issues from Ray McDonald and Aldon Smith’s arrest didn’t help the team. Also going against the Rams, Cardinals, and Seahawks defense six times, it is natural not to put up the big numbers like Brady or Rodgers. Even Russell Wilson’s numbers aren’t as good as in previous years.

Still, with a long-term contract, and the disappearance from Frank Gore in the offense, the Niners want Kaepernick to become the new face of their offense. Kaepernick is no longer the back up who guided his team to the Super Bowl.

His rating is at a career worst as a starter, and has the most turnovers in a single season. He has next year to show some of that spark he had earlier in his career if the Niners want to get out their division let alone back to the Super Bowl.

Last year, when the Bears were fighting for a playoff spot with Cutler injured and Josh McCown as the starter, I was on the bandwagon to keep McCown when Cutler came back. Then after Cutler and the Bears lost the final two games and missed the playoffs, I was thinking “Now what are they going to do”? “Keep Cutler or McCown”?

Not a week later, and the Bears made Cutler the highest paid player in the league. Now, with the season closing out, they benched Cutler for Jimmy Clausen, something they should have done last year to make the playoffs.

In the past, I’ve given Cutler breaks because of his offensive line being terrible, but at this point, it’s clear that he has hit his ceiling. With weapons such as Martellus Bennett, Matt Forte, Brandon Marshall, and Alshon Jeffery, he has one of the best receiving cores in the league. Now with almost everyone in the media breaking down Cutler, can I ask, What has he accomplished to deserve this beatdown?

Cutler achieves are listed as such. One pro bowl appearance and one playoff victory against the 8-9 Seattle Seahawks. He has the most touchdown passes in his career with 28, and has thrown for 4000 yards once in 2008. For all the criticism Tony Romo, Andy Dalton, and Joe Flacco has gotten for their large contract, at least they do something to deserve the contracts.

Flacco for the Super Bowl Championship, Romo for his performance, or Dalton for leading the Bengals to three straight postseasons. What has Cutler do to deserve to be put up on the same level as these quarterbacks? He is a slightly above average quarterback.

That being said, I could still see him in the league. I would love to see him on the Arizona Cardinals, or the Houston Texans. Teams with established foundations, leaders in the locker room, and all they need is a competent quarterback.

I expect Kaepernick to stay with the 49ers for at least another season. With the unpredictability of the Bears’ front office, I have no idea what Cutler’s future entails. With teams going through quarterbacks faster if they don’t perform to expectations, they have to prove next year why they were given long-term deals by their respect organizations. 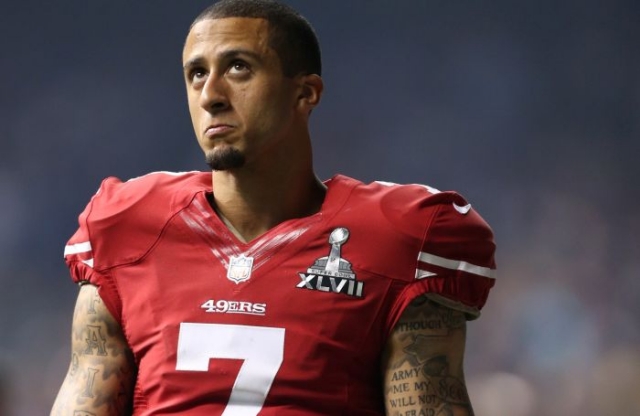