If you take a look at the goaltending statistics leaders on the NHL website, you might not believe your eyes.  Carey Price is generally acknowledged to be the best goalie in the world, but this season, the Minnesota Wild’s Devan Dubnyk is giving Price a run for his money.

Dubnyk currently has a record of 18-6-3, a GAA of 1.58 and a save percentage of .947, plus 5 shutouts. This puts him in the league lead for 3 categories (shutouts, SV % and GAA). No one has a better save percentage or goals-against average than Dubnyk; even Price is second (.936, 1.87) this season. The only place where Price has Dubnyk beat is his record (18-4-2).  He has been crucial to the Wild’s success this season, and is currently playing on an inhuman level that rivals Carey Price’s record-breaking 2014-15 season.

Although he has shown potential to be an elite goaltender, nobody expected Dubnyk to be playing this well entering this season. Now, though, his superb form is reminiscent of his first half-season with the Wild in 2014-15.

Wild GM Chuck Fletcher traded a third-round pick to the Arizona Coyotes to acquire Dubnyk in order to stabilize the team’s goaltending situation; at the time, the Wild were floundering with the tandem of an aging Niklas Nackstrom and rookie Darcy Kuemper. Dubnyk had a shutout in his first game in a Wild uniform and proceeded to tear up the league. Over the next 39 games, Dubnyk posted a 1.78 GAA, .936 SV % and went 27-9-2, single-handedly dragging the Wild into the playoffs. He ended up finishing third in Vezina voting and fourth for the Hart as he was unable to escape Carey Price’s shadow for either award.

During the offseason, he was rewarded with a 5-year contract with an average annual salary of $4.3 million per year.

Lat season was relatively disappointing based on these standards, but Dubnyk still managed to post a decent stat line of 32-26-6, a 2.33 GAA and a .918 SV%. While these numbers are by no means bad, they left many wondering if Dubnyk was worth the long contract he was given.

This season is a different story; Dubnyk’s numbers look like they came straight out of a videogame. He currently boasts a nine game personal winning streak, and the Wild have a 10-game winning streak. In addition, Dubnyk hasn’t allowed more than three goals in a game so far this season.

It’s not certain whether Dubnyk can keep up this sensational level of play for the rest of the season, but even if he regresses slightly, he’s already proved just how important he is to his team and how good he can be. That alone should earn his several nominations for the Vezina trophy at the season’s end, and possibly, help him steal it from Price. 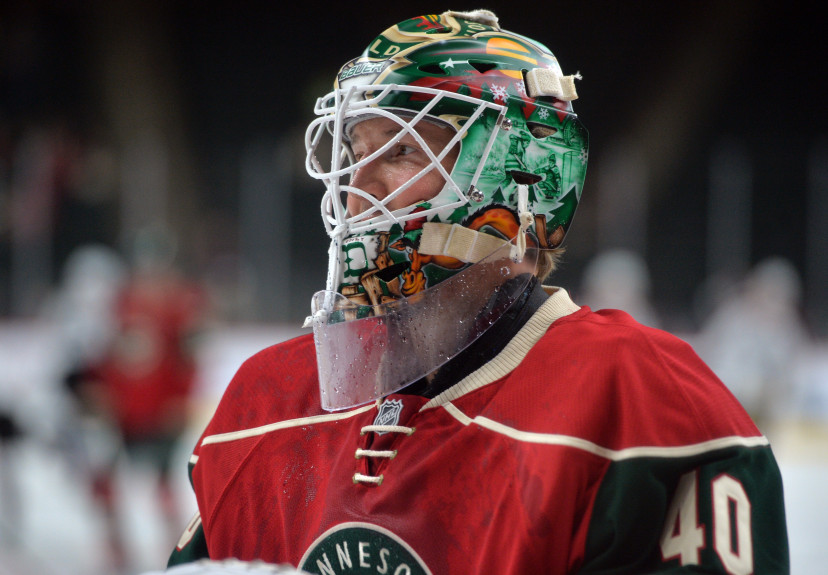