The men in yellow posted an above-par score of 192 thanks to Faf du Plessis’s impressive 86 off 59 balls.

Despite Shubman Gill and Venkatesh Iyer getting off to a good start, the Knight Riders were unable to pull off the run chase thanks to the former South Africa Captain.

Five titles in 14 seasons of the Indian Premier League. Looks like ice-cool MSD rules the shortest format of the game in terms of his captaincy skills.

With a strong Indian contingent of Jadeja, Raina, Gaikwad, Thakur, and Chahar, CSK is proving to be the real deal in franchise T20 cricket.

Not to mention their ability to retain some of their experienced overseas players such as Dwayne Bravo and Faf du Plessis has really consolidated that team structure, particularly with the likes of Moeen Ali and Josh Hazlewood being added to the squad.

Amongst the talented young Indian batsman in this tournament, CSK has found a gem of a batsman in young Gaikwad. The 24-year old batsman from Maharashtra has had a wonderful second season in his IPL career scoring 635 runs at a strike rate of 136.26.

He scored a century in match 47 of the tournament. He also accumulated four scores of 50+ in 14 matches for the franchise. With an uncomplicated technique, there is no reason why he shouldn’t be able to play for India in all three formats, especially Test Cricket. He also was the youngest player in IPL history to win the Orange Cap.

The emergence of Thakur as a bowling all-rounder for both CSK and India has reaped its rewards. having had a good series in England with bat and ball, the Mumbai seamer carried on his form in the UAE finishing fourth in the Purple Cap race with 21 wickets. The same amount as Bumrah who finished third due to a better economic rate.

Before the second leg of the tournament, there were some question marks on him being picked as a reserve player for the T20 World Cup squad, but a good second half of the tournament means that he replaces the injured Axar Patel. He will be hoping to carry on the good form into the national side.

What Next For MSD?

The CSK captain will now be a mentor for team India in the upcoming T20 World Cup. There is no doubt that he’ll be seen wearing the yellow jersey in the next IPL, but whether it will be as a player, captain or mentor is yet to be decided.

Rohit Sharma’s Mumbai Indians lead the way in terms of the most successful IPL side with five Titles. It would be fascinating to see whether he gets the chance to equal that record. It will be a great achievement should he manage to do so.

Whatever he decides to do, he will always be regarded as the greatest white-ball captain of all time, leaving behind a huge legacy not just in Indian cricket, but in world cricket too. 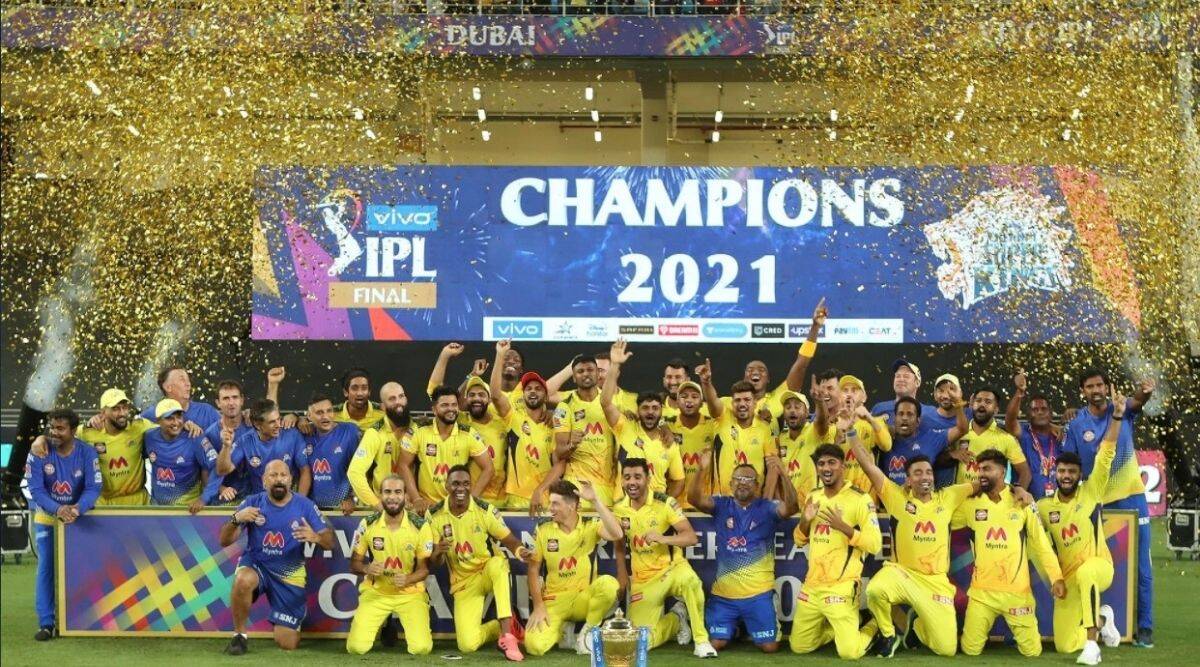