Sterling has often been linked with moves away from the Etihad with the likes of Real Madrid and Barcelona regularly registering interest. However, he seems unsettled as Manchester City currently as he has been struggling for minutes under Guardiola this season.

Speaking at the FT Business of Sport US summit, Sterling said: “If there was an opportunity to go somewhere else, (for more game time), I would be open to it at this moment in time.

“As I said, football is the most important thing to me – challenges that I have set myself from a young age and dreams as well, to play abroad.

“As an English player all I know is the Premier League and I have always had something down (in me) that maybe one day I would love to play abroad to see how I would come up against that challenge.

“I’m not a person that’s going to complain. I’ve not tried to make it a bigger deal than it actually is.

“I get on with my work, do what I need to do. And I’m just raring to go – playing football matches regularly, score goals regularly.

“From being a young child, football has been the most important thing in my life, my happiest I should say.

“If I want my happiness at a certain level I need to be playing football. I need to be scoring goals and enjoying myself.”

Sterling has started one Premier League game since the opening weekend of the season, although he was in Pep Guardiola’s side for the Champions League group stage defeat by Paris St-Germain on 28 September.

The arrival of England team-mate Jack Grealish from Aston Villa for £100m has increased competition for forward places at City.

However, as Ferran Torres has been ruled out for up to 6 weeks there is hope that Sterling can slot himself back into Guardiola’s long term plans.

City boss Guardiola maintains Sterling is still very much a key member of his squad, and he said last month: “Our incredible successes over the last few seasons would have been impossible without Raheem.

“He is such an important player, he reaches incredibly high standards and I have to tell him those are the standards he has to keep for himself and the team and I am sure he will return to that. I am optimistic he will have a very good season.”

Sterling joined City from Liverpool in 2015 and has won the Premier League three times, the FA Cup once and the EFL Cup four times.

If Sterling was put on the market then he would certainly be a solid pickup. The 26-year-old has played well in his spell with City and played a starring role for England during this summer’s Euro 2020 tournament.

The winger only has two years left on his contract, so some clubs may look to get a discount on the winger, whereas others may just see if he lets the contract expire in 2023.

Clubs like Real Madrid, Barcelona, PSG and Juventus would be in the mix. Madrid has been a bit lacklustre so far this season so a new winger would be a great addition. Juventus and PSG are not in immediate need of a new signing with the Parisians having possibly the best attack in football at the moment, whilst the Old Lady has Federico Chiesa breaking through the ranks. Barcelona would have to solve their problematic financial situation before they even contemplate a move for Sterling who would likely request a large salary.

It currently seems like there are no ongoing talks with the Englishman, however, there are serious rumours that should City manage to acquire Erling Haaland in January or Summer then they will look to offload Sterling. 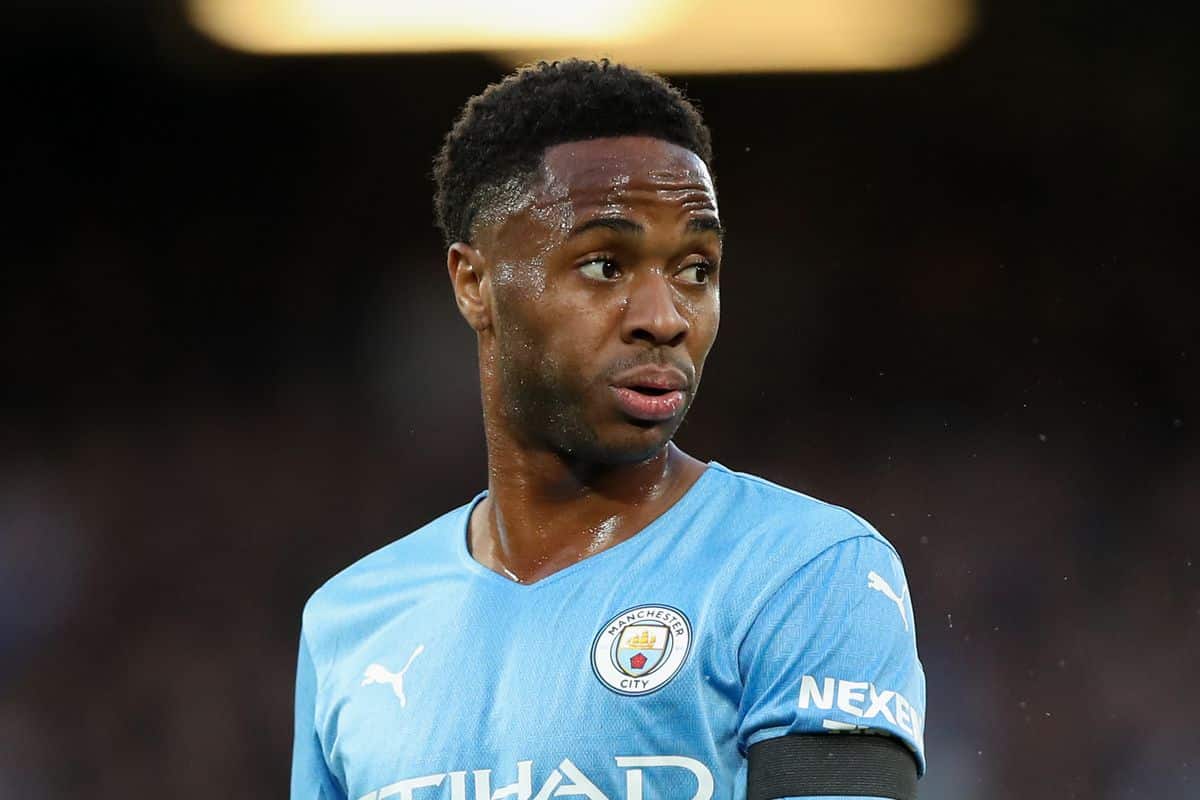