Wycombe Wanderers’ game versus MK Dons was temporarily halted following offensive chants towards Adebayo Akinfenwa by the away fans.

Akinfenwa was a substitute for the fixture, with the Dons’ fans goading the striker as he warmed up.

The abuse was detected by Wycombe boss Gareth Ainsworth who reacted furiously, with an announcement over the PA system calling for fans to refrain from the offensive chants.

Any requests to stop were ignored by the travelling support, resulting in Ainsworth taking up the matter with the referee.

With the game temporarily halted, Akinfenwa went over to confront the away fans.

The visitors took to social media to apologise in a statement which read: “MK Dons wishes to apologise to @wwfcofficial for the offensive chanting which has tarnished our players’ great performance in securing victory away at Adams Park.

“We strongly condemn this behaviour from a minority of our travelling supporters. This is not who we are as a Football Club and goes completely against our values and our culture.

“We will work with our supporters to ensure incidents like this are not repeated.”

When asked if he would ever play for MK Dons, the Islington-born target man replied by saying “not even if they built a Nando’s in my house.” 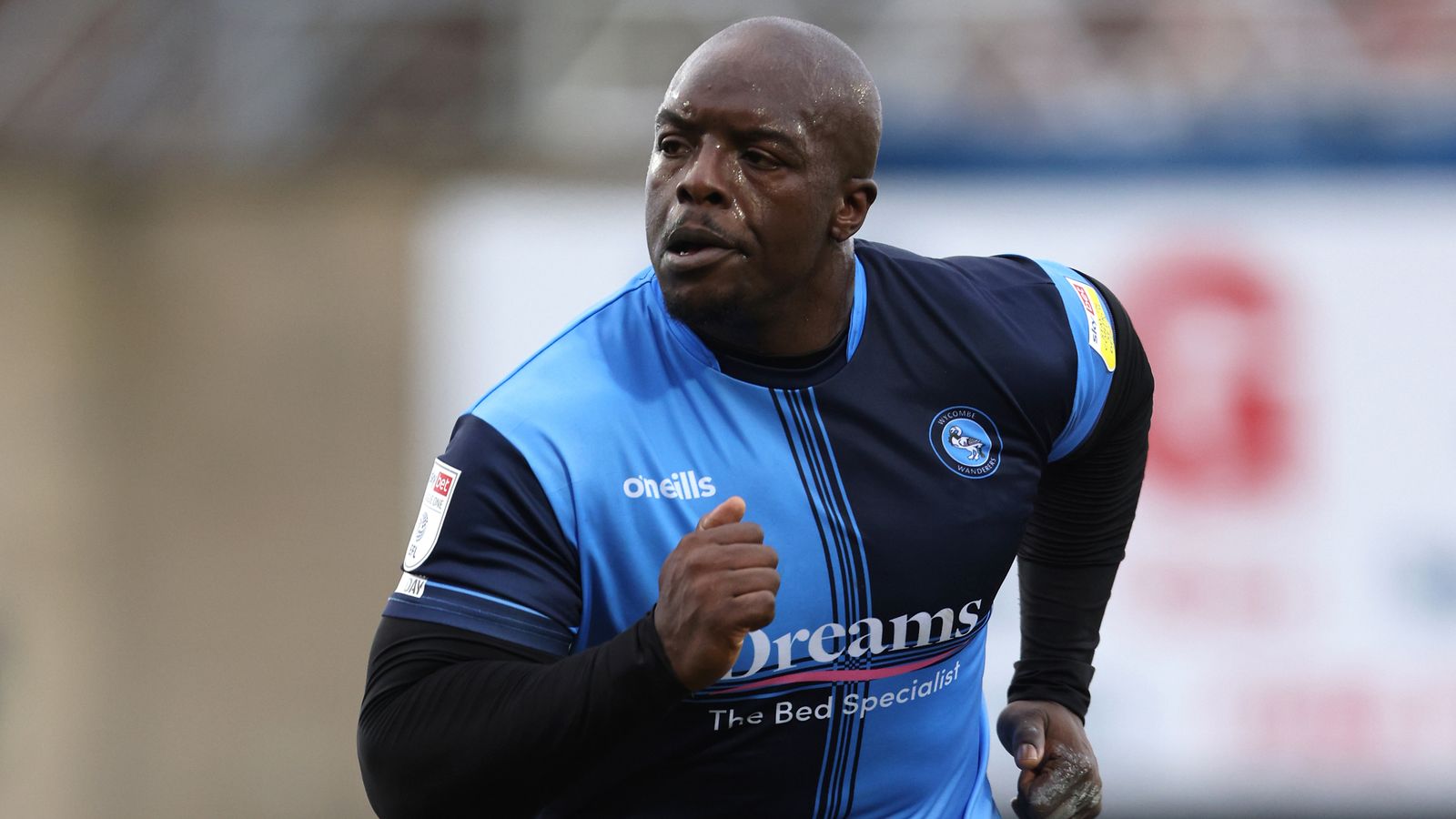