The Cleveland Cavaliers have traded for center Timofey Mozgov from the Denver Nuggets. The Cavs have been busy this week with making a three-team trade with the Grizzlies and Knicks to receive J.R. Smith and Iman Shumpert as well.

The Cavaliers acquired Mozgov and sent over two first round draft picks; one pick was from the recent Thunder trade for Dion Waters.

The Cavaliers have had their targets on the big center from Denver ever since Anderson Varejao went down for the whole season with a torn Achilles about a month ago. Cleveland was in desperate need of a big defensive presence and Mozgov is the perfect solution. Mozgov is coming in averaging 8.5 points, 7.8 rebounds and 1.2 blocks.

“His numbers don’t need to be flashy. … We need guys that do the dirt work.” said team GM David Griffin after making the trade.

Mozgov will do just that for the Cavaliers, who are one of the worst teams in the NBA in guarding the paint. Opponents are shooting 56.1% inside and they are giving up 44.2 ppg in the paint. Both of which are in the bottom 10 of the league.

Mozgov also has had a good relationship with Cavaliers coach David Blatt. Coach Blatt was his coach during the 2012 Summer Olympics for the Russian Team who won a bronze medal.

GM David Griffin and the Cavaliers will have a decision to make with Mozgov at the end of the season whether or not to keep him. Mozgov has a team option after this season and if the Cavaliers choose to keep him, they would owe him $4.95 million.

Along with the additions of J.R. Smith and Iman Shumpert, the Cavs look to improve and begin making their way up in the Eastern Conference standings. LeBron James is still out with knee and back problems but looks to join his new teammates soon. The Cavs are 19-17 and need a good month before the All-star break to improve playoff chances. 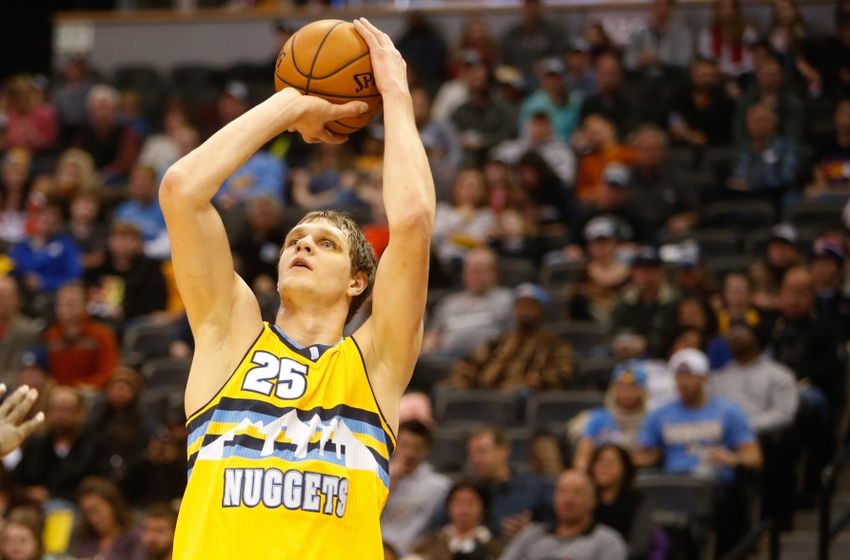