The first time these two teams faced off, it was the Celtics home game opener. Kevin Garnett and Kelly Olynyk, had some problems playing against each other. But they were fine at the end, and forgave each other. Then the last time they faced each other Kevin Garnett said

“I’m surprised at how good Marcus Smart is”

Tonight was the perfect way to end the game, as it was their first road win, since Rajon Rondo got traded to the Dallas Mavericks. The Celtics started off with the same problem as usual, their Defense.

They played terrible defense letting the Net’s score the first basket of the game. Then when they were down by 11 points in the first quarter, they slowly started to fix their defense.

With Marcus Smart, Evan Turner or Jameer Nelson (Who did not play tonight) running point Guard, you know we have a good chance at making a comeback. They are three good, smart players. Brad Stevens is clearly proud of the team for pulling together.

This ends a 3-game losing streak and an away win after almost 4 long weeks of road losses. Avery Bradley was a big part of the teams win tonight. He scored 21 points. And Bradley went 3-5 behind the three-point line. He also made some huge plays.

Marcus Smart had a really good pass to Jae Crowder. Smart saw Crowder cut for the left side of the 3 point line, and then Crowder cut in forward towards the basket, and got the lay-up. Jae Crowder is a very good player, and I’m honestly glad we got him out of this trade. I just really wish he got more minutes.

Then we also have the Celtics Center, Tyler Zeller who had 18 points on the board. Zeller is also a very good addition to the Celtics. I feel like if the Celtics keep Jeff Green, Tyler Zeller, Kelly Olynyk, Marcus Smart and James Young, we could slowly build around them.

They all have potential to be even better stars in the near future. But for now, if we rebuild them, we should be getting better. We should Trade Brandon Bass for another forward, because if we get another Center, we will have too many. After the game, Avery Bradley commented and said

Avery know’s and everybody knows they are not a very good team, but Danny Ainge is trying his best to rebuild the team back. Overall the Celtics had an outstanding comeback win against the Brooklyn Net’s! Leave your comments/ opinions on the Celtics comeback win in the Comments below! Also follow me on Twitter! @JCullity97 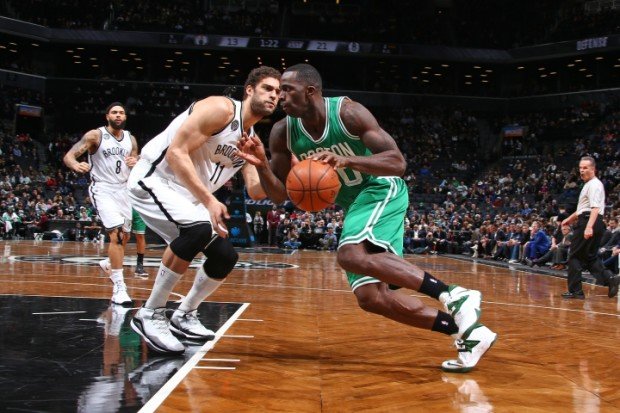