It was the world no. 1 and defending champion Novak Djokovic who prevailed in a battle of two defenders on a scorching Sunday afternoon in Crandon park, beating Andy Murray  7-6(3) 4-6 6-0.

Besides a Masters 1000 crown, there was a lot on the line for both players.

Djokovic was looking to make tennis history and become the first player to complete an Indian Wells – Miami title sweep on three separate occasions while Andy was hoping to shake off a six-match loosing streak against the Serb and an 11-match loosing streak to top 4 players.

There was no sign of tension from the Scot in the opening games of the first set, as his heavy hitting sent a clear message to Djokovic that this won’t be an easy match for him.

The world no. 4 was the one to draw first blood breaking the Serb early on in the 3rd game, but failing to confirm the break in the follow up game.

Battling not only one another but also horrendous humidity and a blazing sun, making it almost impossible to serve from one end of the court, the pair again exchanged breaks in the eight game and took the set to a tiebreak.

Although Murray has an edge over Djokovic when it comes to   tiebreaks, with a scintillating display of tennis the world no. 1 wrapped up the first set 7-3 in the tiebreak.

Novak has never lost a match to the Scot when he had won the first, but Murray was looking to change that.

He stepped up his game in the second set, fighting off the Serb’s surge in the first few games and then slowly taking control of the set and producing more and more breathtaking shots to eventually seal the set smashing Djokovic’s second serve back into his own end of the court at set point, for a score of 6-4.

With the world no. 1 clearly frustrated, shouting to his camp and arguing with the umpire, it seemed as though this final was about to turn in Andy’s favor.

However the world no. 4 was nowhere to be found in the deciding set as Djokovic dug deep and completely dominated the course of the final set, exploiting the mental edge he has had over Murray in the past few years to bagel him and take the match 7-6(3) 4-6 6-0.

“It was just a physical battle between the two of us that play similar game,” Djokovic said. “We haven’t served that well, so we haven’t had that many free points, as a matter of fact. With first or second serves, we needed to earn every single point, to work for it. That’s why this particular match was very tough.”

Although it was another heartbreaking loss for Andy, he remains optimistic.

“There were a lot more positives than the match in Indian Wells,” Murray said. “I felt like I did many things better. I made the match a lot harder for him. He might say otherwise, but I think I made it physically a much harder match for him. I felt like I was going for my shots a little bit more. I did pretty much all of the things that I wanted to do tactically on the court, so I felt like I played a good match tactically.”

Apart from making history with this match, Novak will also tie Rafael Nadal  for the sixth-most weeks at the summit of the Emirates ATP Rankings (since Aug 23, 1973) with 141.

He also moves closer to Roger Federer and Nadal with most Masters 1000 titles won. Djokovic has 22, Federer 23 while Nadal reigns with 27.

But there were merits for Andy as well. He will climb one spot in the rankings, and will become world no. 3 as of this week.

And as another week ends with a picture of Djokovic holding the trophy at the court podium, are we about to see a replay of his remarkable 2011 when he won 3 grand slams and went on a 41-match winning streak? 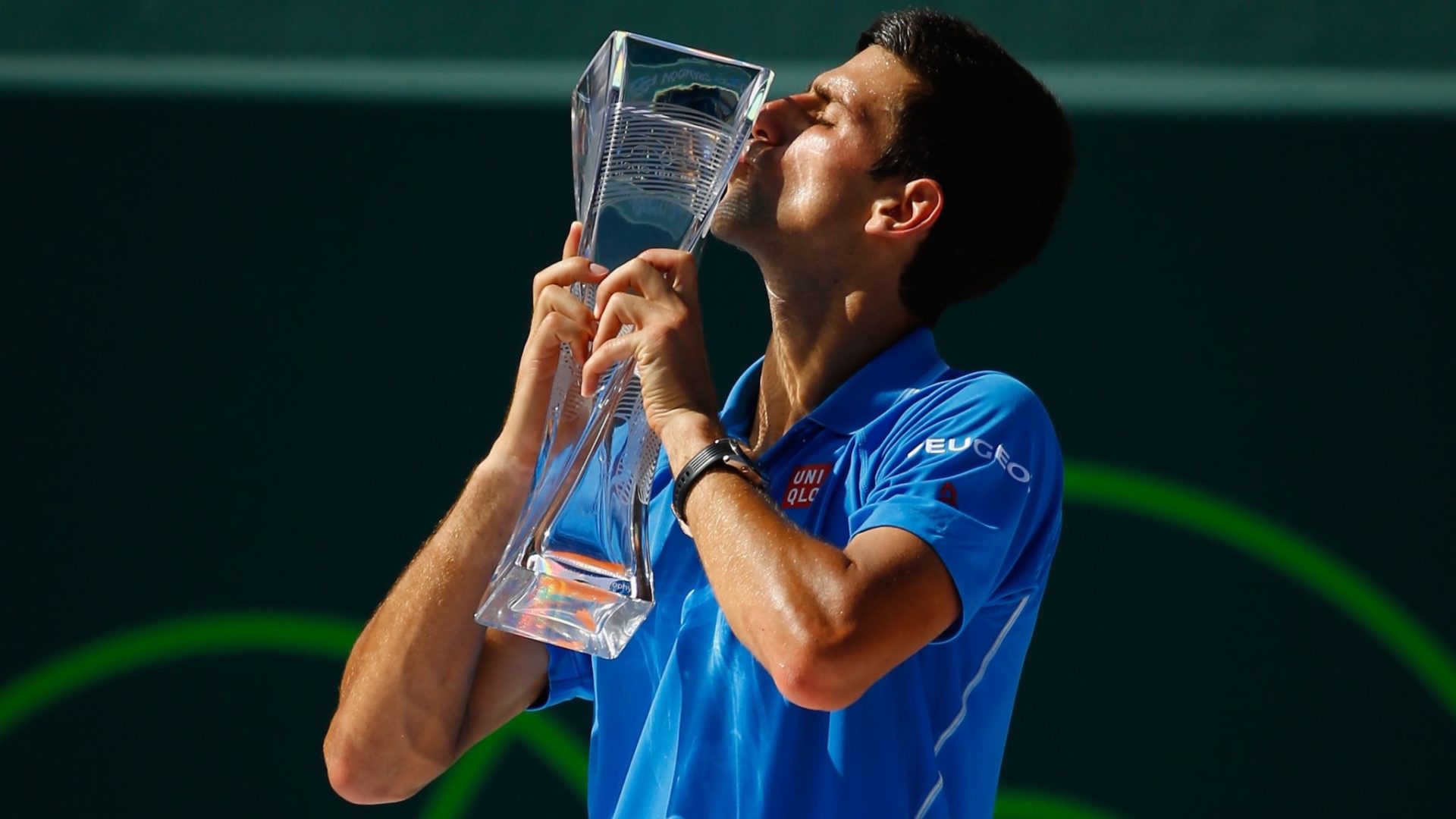